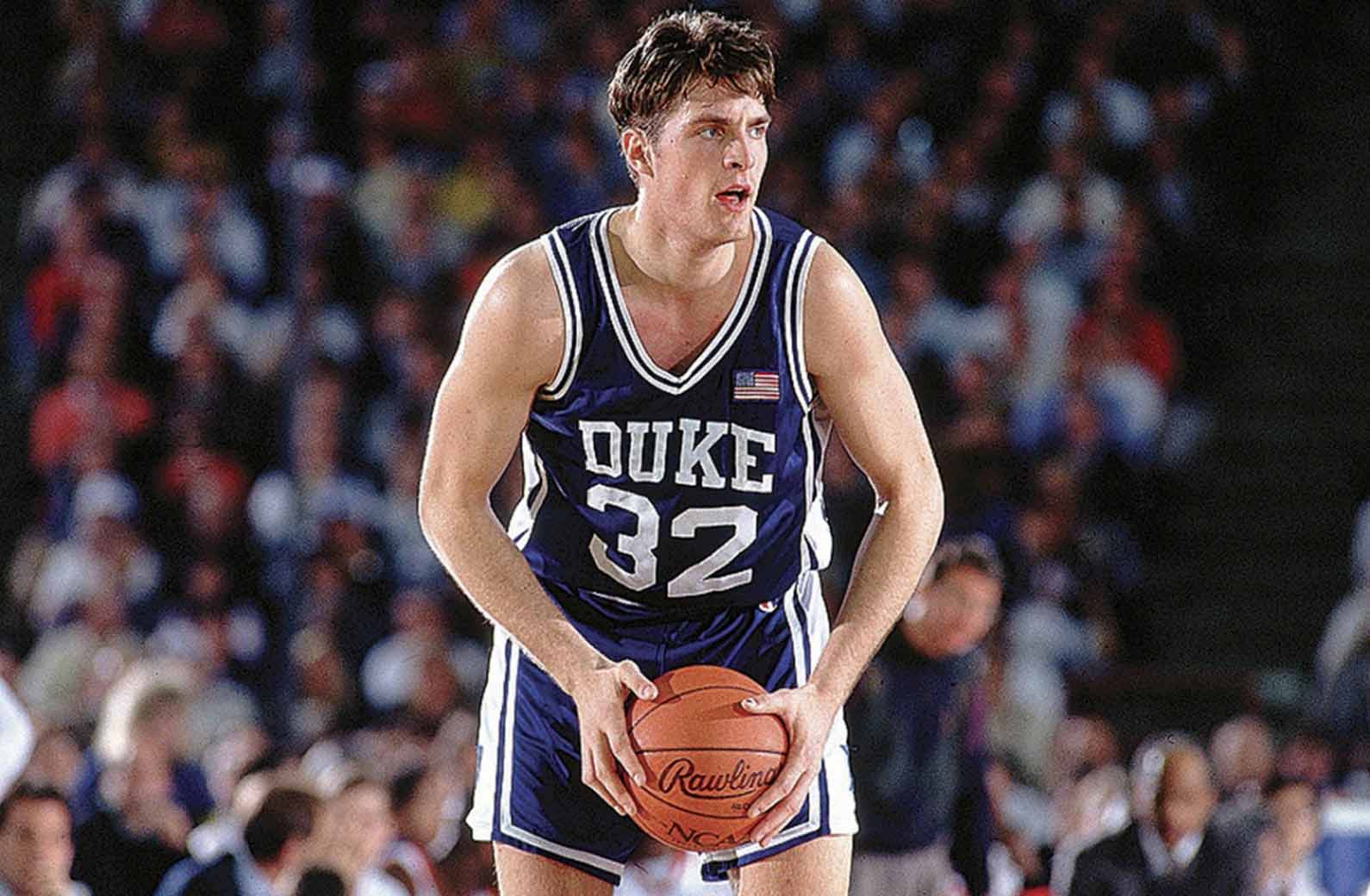 The NCAA tournament has been an annual event since 1939 and we’ve seen a number of legendary March Madness performances over the years. Looking at the field for this year’s March Madness tournament, there’s a select group of players who possess the ability to take over a game and single-handedly guide their team to the Final Four. Before the 2022 NCAA tournament tips off later this month, let’s take a look back through time with a list of the top 10 players in history of March Madness.

Very few ‘one-and-done’ players are remembered as March Madness greats, but Anthony managed to accomplish the feat after his incredible performance in the 2003 tournament. The Syracuse freshmen was the best player in all of college basketball that March, leading the team in scoring, rebounding and minutes played. With Syracuse winning the title, Anthony was named the tournament’s Most Outstanding Player and still owns the record for most points in a Final Four game by a freshman.

Manning is one of the greatest players in the history of Kansas basketball, having led the Jayhawks to the Final Four in ’86 and an NCAA National Championship in ’88. During that championship run, Manning propelled Kansas to a title, leading the team to several big upsets along the way. Manning was unstoppable in the championship game, locking up the tournament’s Most Valuable Player award with a 31-point, 18-rebound performance.

In a time when a freshman making the starting lineup was unheard of, Ewing both started and excelled for Georgetown as a first-year player. The native of Jamaica was heavily recruited but still lived up to the hype by leading the Hoyas to the national championship game in three of his four seasons. Ewing was also named the tournament’s Most Valuable Player in 1983 after leading the Georgetown to its first and only NCAA title.

Arriving from Nigeria with nothing more than a workout offer from the University of Houston, few could have predicted the great success that was to come. Olajuwon was a major part of Houston’s Phi Slama Jama teams and helped lead the program to great tournament success, including back-to-back appearances in the NCAA National Championship Game in ’83 and ’84. Despite failing to win a title, Olajuwon remains the last player from a losing team to win the NCAA Tournament Player of the Year award.

Although he only played two seasons of college basketball, Magic enjoyed great success over his time at Michigan State. After reaching the Elite Eight in his freshmen season, Magic guided the Spartans all the way to the 1979 National Championship Game the following year. Facing off against Larry Bird and an undefeated Indiana State, Magic led Michigan State to ’79 title and was named the tournament’s Most Outstanding Player.

The future NBA legend made quite a mark on college basketball and was the NCAA’s all-time leading scorer by the time he left the University of Cincinnati. While he was unable to win a national championship during his three seasons with the team, Robertson led the program to a 79-9 record over that time and helped Cincinnati reach the Final Four on two separate occasions. With a career tournament scoring average of 32.4 points per game, you can see why the NCAA’s Player of the Year award is now named after Robertson.

Walton will go down as one of the greatest players in NCAA basketball history and seemed to always be at his best when the stakes were at their highest. He was a key part of UCLA’s national championship teams in ’72 and ’73, winning the tournament’s Most Outstanding Player award both years. Walton delivered one of the great performances in tournament history when he put up 44 points on 21 of 22 from the field in the 1973 National Championship Game.

Considered one of the greatest winners in sports history, with 11 NBA titles from his time on the Boston Celtics, Russell was dominating the NCAA tournament long before the NBA. Despite not being recruited in high school, Russell joined USF and quickly showed the world what he could do by leading San Francisco to back-to-back national championships in 1955 and 1956.

While the Duke basketball players get plenty of hate from college basketball fans, there’s no denying the incredible tournament performances delivered by Laettner. Most of you probably remember the former Duke star from his legendary buzzer beater over Kentucky in ‘92 but Laettner accomplished much more including: 4 consecutive Final Four appearances, two national championships and the record for most career NCAA tournament points with 407 in 23 games.

Now known as Kareem Abdul-Jabbar, Alcindor takes the top spot on our list as the greatest player in March Madness history. To say he dominated the tournament would be an understatement; Alcindor won the national championship in each of his three seasons playing for the legendary John Wooden at UCLA. Alcindor was also named the NCAA Tournament’s Most Outstanding Player all three years and to this day remains the only player to accomplish the impressive feat.

New to Bovada Sportsbook? Be sure to sign up today.