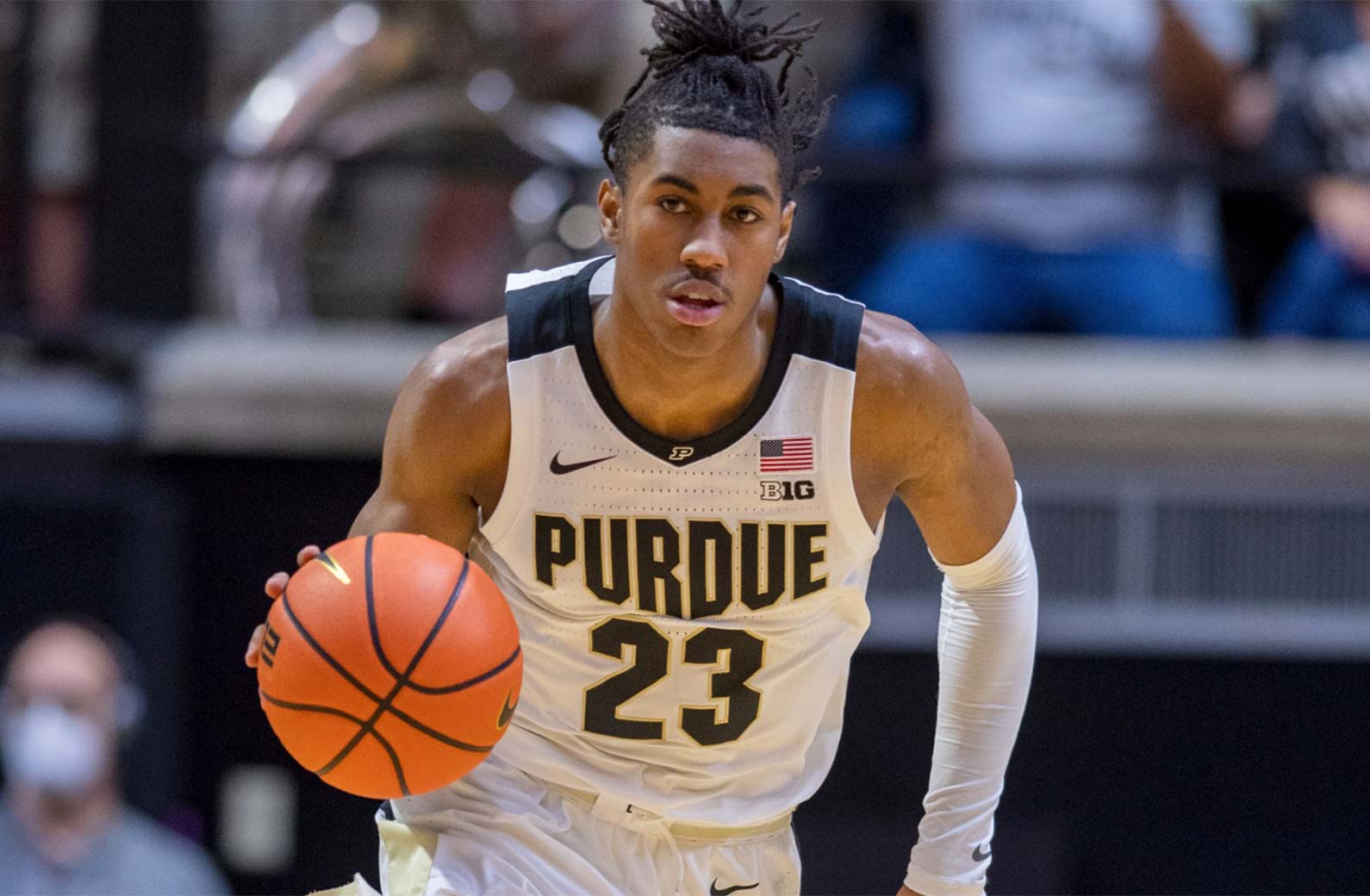 Get ready for some madness because we are less than two weeks from this year’s NCAA tournament. March Madness is a special time of year where an unknown college athlete can become a household name overnight. With the top 68 teams in the country battling it out in a seven-round, single-elimination tournament for the national championship, the action is fast-paced and relentless.

The NCAA tournament has cast a major spotlight on countless college players over the years. While some of these players failed to live up to expectations, there have been others who consistently found a way to rise to the occasion. Looking ahead at this year’s March Madness, there are a number of notable college basketball players to watch out for in the 2022 NCAA Tournament. With so many different NCAA teams and players to keep track of, we’ll provide a look at some of the top players to watch out for during 2022 March Madness.

The sophomore shooting guard from Purdue has been a revelation this season, leading the Boilermakers with 17.4 PPG. If you’re not familiar with Ivey, you may hear his name very soon at the top of the NBA Draft as some believe the gifted shooter will be selected first overall. Ivey has helped lead Purdue to a 24-6 record and the team is currently No. 8 in the country so they should have a chance at a deep run in this year’s tournament. Keep your eyes on Jaden Ivey, then just sit back and enjoy the show.

As a 6’10 power forward who’s shooting well over 40% from beyond the arc, you’ll quickly see why Jabari Smith has become a problem for opposing defenses. The 18-year-old freshman may be in his first season of NCAA basketball but that hasn’t stopped him from leading Auburn in scoring at 16.9 PPG. Despite some recent losses, the Tigers are currently No. 5 in the country and Jabari Smith may end up being the best freshmen to watch during the tournament.

As the current betting favorite to win the NCAA’s Naismith and Wooden awards for College Player of the Year, Tshiebwe’s place on this list should be expected. The Kentucky forward has been a dominant force the entire season; in addition to a team-best 16.9 PPG, Tshiebwe leads the country in rebounding by a significant margin with 15.3 boards per contest. Kentucky is currently No. 7 in the AP Poll and the college basketball blue bloods are more than capable of reaching this year’s Final Four with Tshiebwe leading the way.

As one of the top ranked high school players in the country, Banchero has more than lived up to the hype during his freshman season at Duke. The 6’10, 250-pound forward has been a major part of Duke’s success this season and leads the Blue Devils in both points and rebounds. Duke is currently No. 4 in the AP Poll and with five national championships in the program’s history, the team knows what it takes to win March Madness. If the Blue Devils make a deep run in Coach K’s final tournament appearance, you can be sure that Banchero will be a big reason for the team’s success.

After falling just one victory shy of winning last year’s national championship, the addition of freshmen center Chet Holmgren may just be enough to put them over the top in this year’s tournament. The seven-footer put up impressive stat lines throughout the season, averaging 14.4 points, 9.7 rebounds and 3.5 blocks per game while shooting 43.8% from three. Gonzaga is currently the No. 1 team in the nation and on pace to become the tournament’s top overall seed for the second year in a row. If you’re watching any Gonzaga games during this year’s tournament, Holmgren will be tough to miss.

Now that you know the best 2022 March Madness players to watch out for, you may want to check out our other NCAAB articles, such as Top 10 Biggest Winning March Madness Bets or the Top 5 March Madness Upsets In History. If you are looking to bet on March Madness, you have come to the right place. Bovada Sportsbook has all of the latest Men’s NCAA tournament odds available.