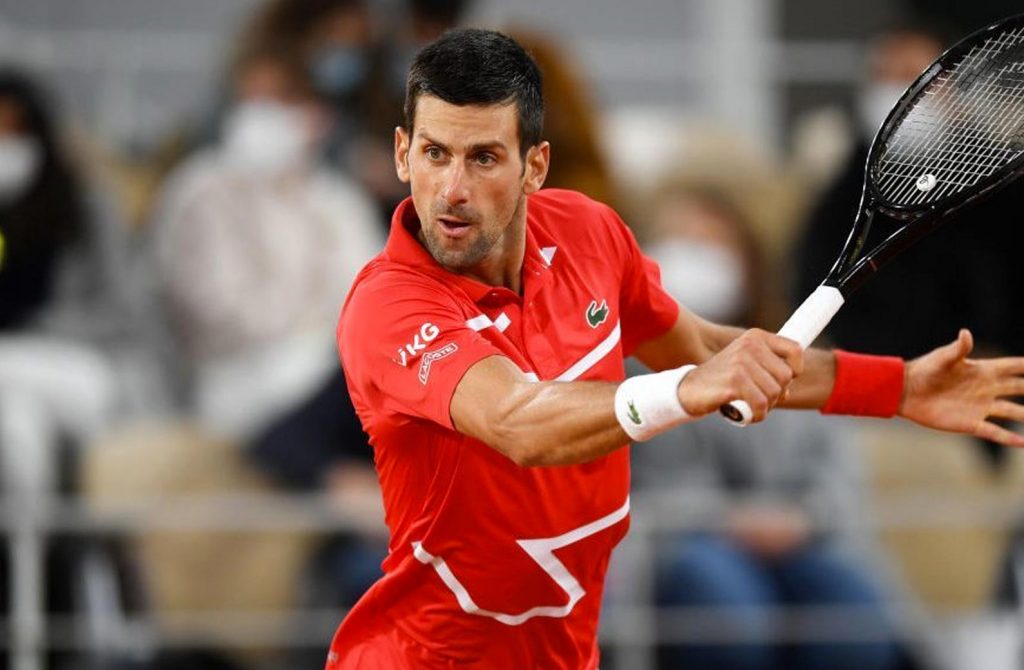 Despite facing a number of logistical challenges and health concerns related to the COVID-19 pandemic, last year’s tennis season was still a smashing success. There was plenty of great tennis throughout 2020, giving sports betting fans tons of exciting action and the chance to cash in on the ATP Tour. While the pandemic led to the cancellation of Wimbledon, the sport’s three other Grand Slam tournaments went off without a hitch:

You may have noticed that Roger Federer was missing in action for most of the 2020 season, as the Swiss superstar was limited by injury and played only six matches over the course of the year. Federer has little left to prove with 20 career Grand Slams already on his resume, but the sport of tennis is all the better when the GOAT is in the mix.

The 2020 tennis season also marked a turning of the tide in the sport’s power rankings, as younger stars like Thiem and Medvedev are beginning to pose a greater challenge for the legendary tennis stars like Djokovic and Nadal. While these two all-time greats remain supreme on the court, there’s no doubt that there is a growing number of younger players beginning to challenge for the throne of tennis supremacy. With so much great talent on tour, the 2021 tennis season is shaping up to be one of the best yet!

There is a lot to look forward to during the 2021 tennis season, as the sport continues to produce sensational talent from all over the globe. Look for some of the younger stars on the ATP tour to start delivering on their potential and perhaps capture a Grand Slam title like Thiem accomplished in 2020. If you’re looking to add some extra fun to this year’s tennis season, start online betting with Bovada Sportsbook. Watching sports is always exciting but online sports betting can take things to another level and you can win some real money in the process! Bovada Sports offers tons of online tennis odds and a $250 Sports Welcome Bonus for new players.

Before you start Bovada tennis odds this summer, we’ve put together a brief overview of the top five players in today’s game. Following the official ATP rankings, these five players stand atop the competition and may just win all four major championships in 2021:

The Serbian superstar remains atop the rankings as the world’s best tennis player, with the 34-year-old in good health heading into the 2021 season. Djokovic once again began the season on a high note, as he won the 2021 Australian Open for the ninth time in his illustrious career. Djokovic followed that up with a win at the Belgrade Open in Servia and another impressive major victory at the 2021 French Open. The French Open victory marked Djokovic’s 19th career major championship and puts him just one back of both Federer and Nadal for the all-time mark in men’s tennis. With a nickname like “The Joker”, betting on Djokovic in 2021 could just have you laughing all the way to the bank.

Daniil Medvedev is one of the game’s rising stars and currently sits number two in the official ATP rankings. The Russian-born tennis player has plenty of reasons to be optimistic about 2021 following a strong finish to last year that saw him win the Paris Masters and ATP Finals to close out the season. Medvedev has continued that success into 2021, making it all the way to the Australian Open finals before falling to Djokovic. Medvedev also won the 2021 Open 13 Provence tournament in France and made it to the quarterfinals of the 2021 French Open. While he has yet to claim a Grand Slam title, there’s no doubt that he is on the right path. From a betting perspective, now is the time to cash in on the up-and-coming Russian as he has begun to pose a real challenge for the other top players on tour.

The fiery Spaniard is back for another season and remains one of the best players in the sport of tennis, even at 35. Nadal’s age may be starting to catch up with him, but he remains elite on the clay surface, evident by his 13th French Open title won in 2020. He was continuing his dominance on clay in 2021, winning the Barcelona Open Banc Sabadell and the Internazionali BNL d`Italia, before losing to Djokovic in the semifinals at Roland Garros for just this third-ever loss at the French Open. Still, the Spaniard showed he still has plenty left in the tank for the 2021 season.

At just 22 years of age, Tsitsipas represents the next generation of talented players on tour. The Greek tennis star just moved from fifth up to fourth in the official ATP rankings and is building on an impressive 2020 campaign that saw him win the Open 13 Provence tournament in France and also reach the semi-finals at last year’s French Open. Tsitsipas is looking to continue that success in 2021 and is off to a good start with a semi-final appearance at the 2021 Australian Open, a finals appearance at the 2021 French Open, as well as wins at the Monte Carlo Masters and ATP Lyon Open. Age is certainly on his side and the 6’4 Greek has all of the physical tools required to continue his ascent up the ATP rankings.

Playing in what should be the prime of his career, Dominic Thiem has finally begun to break through against the tour’s top players. Last year was a major step forward for the Austrian tennis star, making it to the finals of the 2020 Australian Open and winning the 2020 US Open for the first Grand Slam title of his career. Thiem has yet to win a tournament so far in 2021, but there is still plenty of tennis left to be played. Sitting fifth in the official ATP rankings, Thiem offers great betting value and you can be sure he’ll be fired up to defend his US Open title later this season. Don’t forget that Thiem is the only player not named Federer, Nadal or Djokovic to win a major in the last 16 Grand Slam events.

Betting online tennis odds with Bovada Sports is a great way to enjoy all the action throughout the 2021 season. Tennis has become one of the most popular online betting sports in the world over recent years with the advent of live betting, which allows you to place bets on a match while the action is taking place live. Bovada also offers match betting, spread betting and over/under betting, giving you plenty of options.

Futures are another popular type of tennis bet at Bovada Sportsbook, as they give you the chance to enjoy an entire tournament with just a single bet. Futures betting is especially popular during each of the four Grand Slam events and gives you the chance to win a massive payday if you can correctly predict an upset victory like Thiem accomplished at the 2020 US Open. With two majors down, there are still two more Grand Slam events left to be played in 2021. The next major of the season will be Wimbledon, and you can bet the action at Bovada Sportsbook. It should be an epic tournament at the All England Tennis Club after the event was cancelled last year due to COVID-19.

For those who are new to Bovada, remember to take advantage of the Sports Welcome Bonus. As mentioned, this offer for new sports players will score you a 50% match bonus on your initial deposit for up to $250! There’s never been a better time to get into the world of sports betting and win money while watching tennis. Score the best tennis odds at Bovada Sportsbook and cash in on Wimbledon and the rest of the 2021 tennis season. 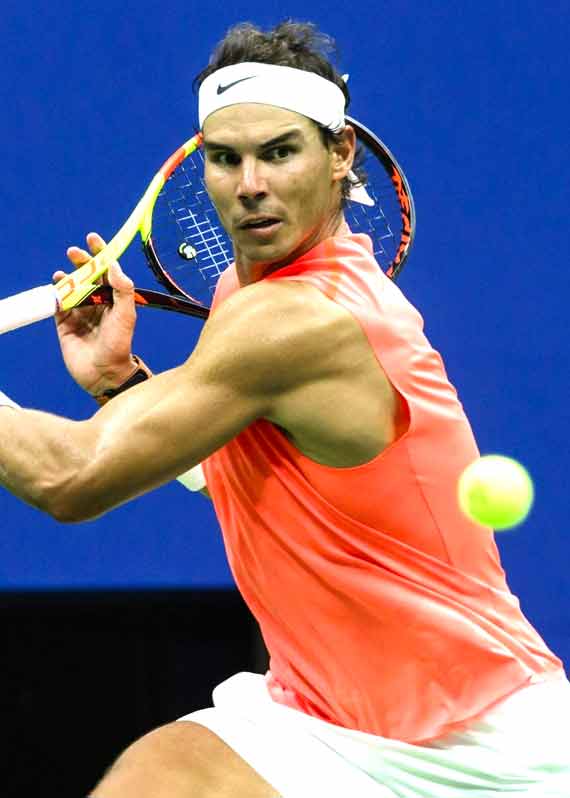 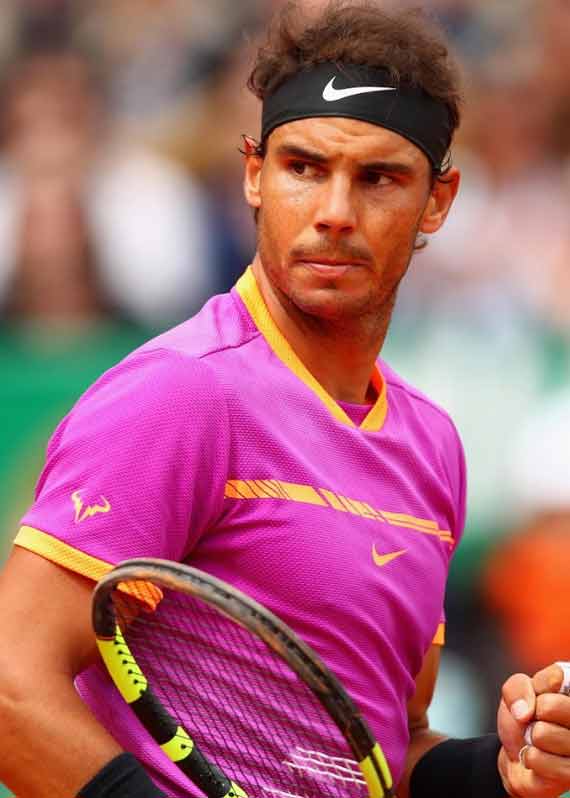