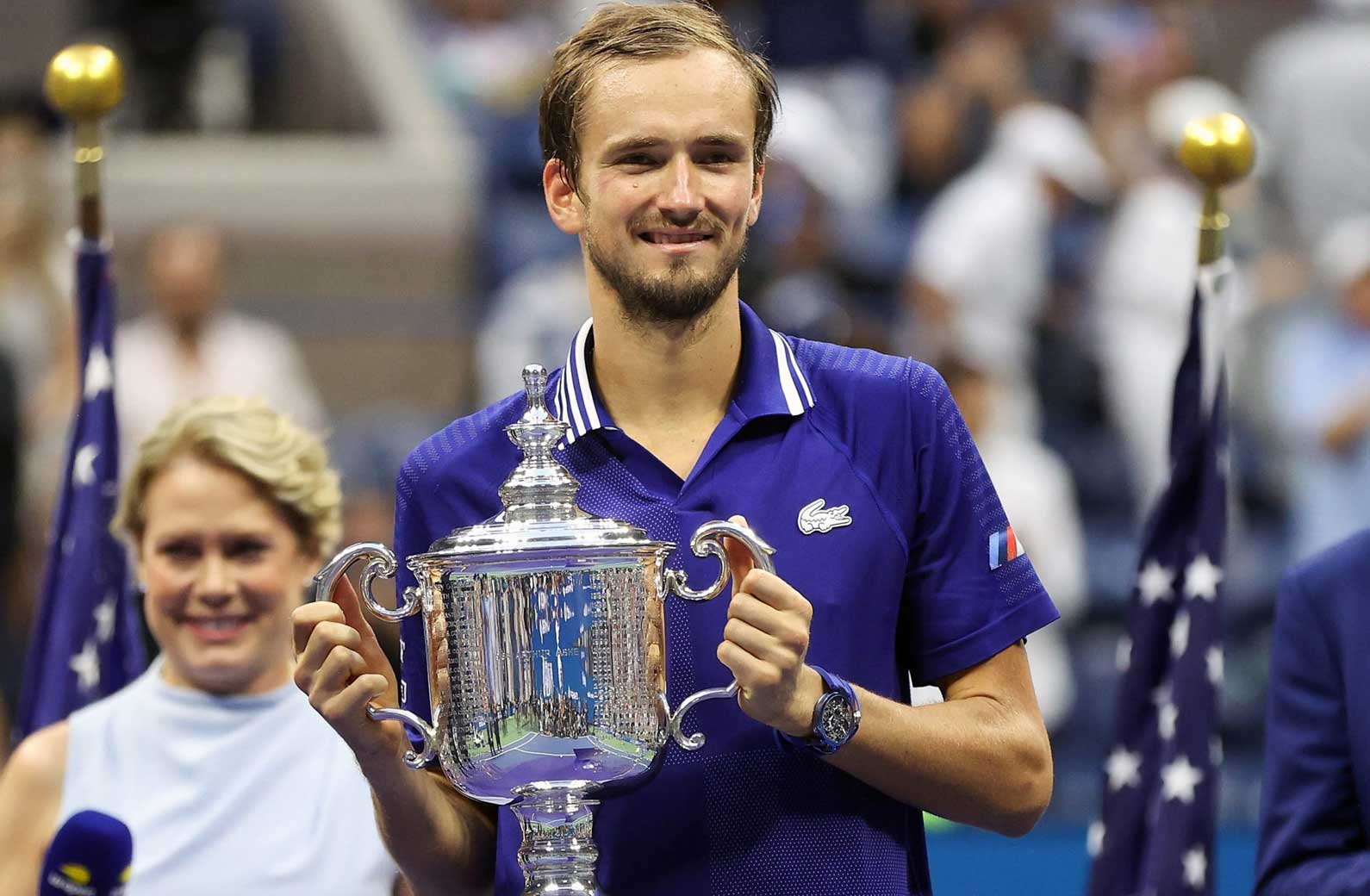 The 2022 US Open is nearly upon us, with the hardcourt action set to begin on August 29th and come to a conclusion with the championship match on September 11th. This will be the 142nd edition of the US Open, making it one of the oldest tennis tournaments in the world. The Grand Slam event will once again be held just outside New York City at the USTA Billie Jean King National Tennis Center in Flushing Meadows, Queens.

The best male tennis players in the world are busy preparing for the 2022 US Open, but fans may notice a few big names missing from the action. Roger Federer hasn’t played competitively since the 2021 Wimbledon quarter-finals and will miss this year’s US Open as he continues to recover from a knee operation. Another big name that could be missing from the 2022 US Open is Novak Djokovic, as the tennis superstar is currently unable to enter the United States as a result of his unvaccinated status. It’s possible that an exception can be made for Djokovic but time is quickly running out and his odds of playing look slim. Having said all that, this year’s tournament is still loaded with talent and will feature most of the top-ranked tennis players in the world.

The US Open is one of the biggest betting events of the tennis season, with all eyes on the incredible action taking place in Flushing Meadows. Betting on tennis is a great way to enjoy the matches and add some extra excitement to the tournament. Bovada Sportsbook has 2022 US Open odds available on all your favorite players to win this year’s US Open, giving you the chance to cash in on the final Grand Slam tournament of the season. With the first round matches coming up in just a few days’ time, let’s review the top five betting favorites and their current odds to win the 2022 US Open Tennis Championship.

As one of the most controversial players in all of tennis, betting on Kyrgios can be a wild ride. The hot-headed Australian may be a bit of a longshot to win the 2022 US Open, but his current betting odds offer a sizeable payout if he can get the job done. Kyrgios is enjoying a solid season on the ATP Tour, highlighted by the first Grand Slam finals appearance of his singles career at this year’s Wimbledon Championship. Following that impressive showing, Kyrgios went on to win his very next tournament, the 2022 Citi Open in Washington. If the passionate pro can keep his composure in front of all those US Open fans, he may have what it takes to reach yet another Grand Slam final in 2022.

This year started off great for Nadal as he won the year’s first two Grand Slams of the season (Australian Open and French Open), becoming just the fifth player to accomplish this impressive feat. Nadal then reached the semi-finals at Wimbledon but was tragically forced to pull out due to a serious abdominal injury. Nadal took over a month off to recover but is now physically healthy and ready to take a run at the 2022 US Open. The Spaniard is no stranger to success in New York, having won this Grand Slam on four separate occasions (2019, 2013, 2017, 2019). Despite his recent absence, Nadal is still the No. 3 ranked tennis player in the world and is more than capable of winning this championship. As long as his health holds up on the hardcourt surface, Nadal’s current odds provide excellent betting value.

It’s only fitting that Carlos Alcaraz follows Rafael Nadal on this list of US Open betting favorites, as the talented youngster is already being touted as the next great Spanish tennis star. Alcaraz is just 19-years-old but has quickly moved up the ranks with a strong 2022 season that’s seen him win four singles titles and post a dominant 42-8 singles record. While Alcaraz has limited Grand Slam experience, he managed to reach the third round or better in all three Grand Slam tournaments this season. This will only be his second time playing in the US Open, yet he made it all the way to the quarter finals during his first-ever appearance in 2021. If Alcaraz can build on last year’s success, this US Open could be the first of many Grand Slam Championships throughout his career.

Currently the No. 1 ranked tennis player in the world, Daniil Medvedev enters this year’s US Open as the defending champion following his impressive performance at last year’s tournament. Medvedev beat Novak Djokovic in straight sets (6-4, 6-4, 6-4) to win the 2021 US Open for the first Grand Slam of his career and will surely be looking to defend that title when he returns to New York next week. The Russian tennis star made it to the finals of this year’s Australian Open, but suffered a fourth round exit from the French Open and was not allowed to compete at Wimbledon as a result of his home country’s invasion of Ukraine. Don’t be surprised if Medvedev leaves it all out on the court as he fights to defend his first-ever Grand Slam title at this year’s US Open.

While it’s unclear if Novak Djokovic will be allowed to enter the United States to play in the 2022 US Open, the Serbian tennis star remains the clear betting favorite leading up to the final Grand Slam tournament of the season. Djokovic already missed out on this year’s Australian Open as a result of his unvaccinated status, although he was allowed to take part at Wimbledon and won the tournament for the 21st grand slam of his incredible career. The Joker has won the US Open three times (2011, 2015, 2018) and is a great bet to win a fourth time… but only if he is able to participate.

When it comes to US Open betting, Bovada’s online sports book is the best place to be as there are hundreds of tennis betting markets available. Whether you are looking for gamelines, setlines or futures, Bovada Sportsbook has it all. If you are new to Bovada, then be sure to sign up today! Alongside online sports betting, you will also be able to enjoy playing at our online casino for real money. There are hundreds of online casino games available including Hot Drop Jackpots, online blackjack, online slots and more.