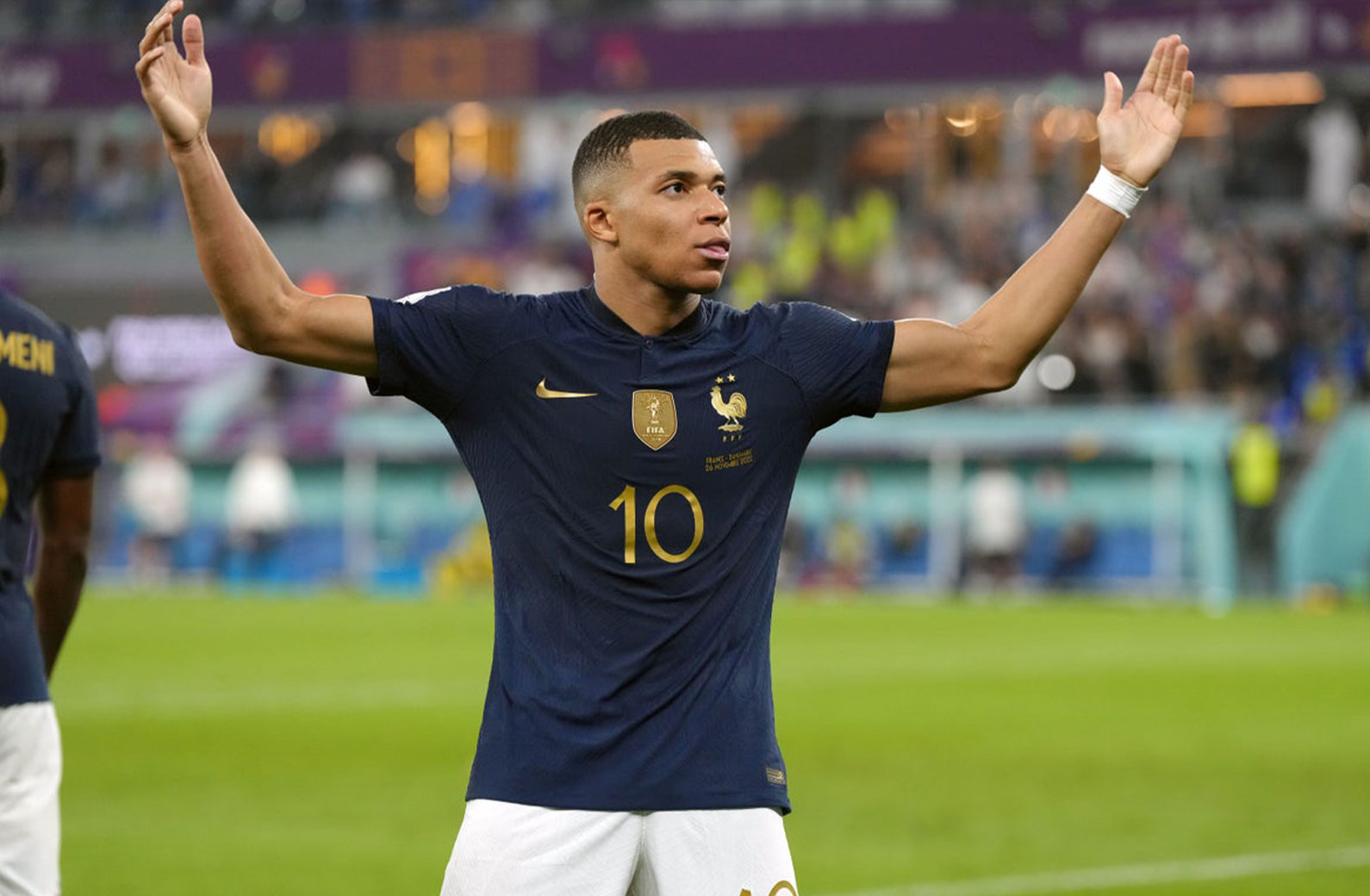 After years of waiting, months of qualifying and the past four weeks of intense international competition, the stage is now set for the 2022 FIFA World Cup final. Following a pair of thrilling semi-final matches this past weekend, France and Argentina will take center stage as your 2022 World Cup finalists with the championship match scheduled for this Sunday, December 18 at Lusail Stadium in Qatar.

The media is already billing this World Cup final between France and Argentina as simply Lionel Messi versus Kylian Mbappe, but there’s a lot more to this match than those two soccer superstars – even if they are incredibly talented. With both teams just one victory away from hoisting the sport’s ultimate trophy, France and Argentina are well-matched on the pitch and should deliver a thrilling World Cup final. This preview will give you a closer look at both teams leading up to Sunday’s match, as well as the World Cup final betting odds for both sides.

Having entered this tournament as the defending World Cup champions from 2018, France is looking to make history by becoming the first team to win back-to-back World Cup titles since Brazil in 1958 and 1962. This is a talented and experienced squad that’s looked sensational throughout this year’s World Cup, despite dealing with a number of injuries heading into group play.

After winning Group D, France defeated Poland 3-1 in the Round of 16 before advancing to an epic quarter-final matchup with England. France went on to win that matchup versus England 2-1 and then blanked Morocco 2-0 to punch their ticket to the 2022 World Cup final. Mbappe is the team’s leading goal-scorer with 5 goals in 6 games, which also has him tied for the lead in the race for the Golden Boot.

It’s clear Argentina will have a tough time shutting down Mbappe, who’s 9 career goals are the most of any player 24 or younger in World Cup history, but this is more than a one-man team. France’s 36-year-old Olivier Giroud has played remarkably well throughout this World Cup tournament, scoring 4 goals of his own along the way. That goal total was enough for Giroud to break France’s international scoring record, which now stands at 53 goals and counting.

This team has also gotten significant contributions in the midfield from Antoine Griezmann, who’s played an effective role on defense. Looking at the lineup for ‘Les Bleus’, it’s evident that this team has plenty of talent and already knows what it’s like to play on the sport’s biggest stage. While they’ve had to deal with the loss of some key players like Paul Pogba, N’Golo Kante and Lucas Hernandez, France is now just a game away from their second straight World Cup title.

Led by the legendary Lionel Messi, Argentina now finds themselves tantalizingly close to World Cup supremacy. Argentina is no stranger to international success on the soccer pitch, having already won the World Cup in 1978 and 1986. They most recently made the World Cup final back in 2014 before falling to Germany in a closely fought 1-0 battle that was decided in extra time.

This team got a scare after losing their 2022 World Cup opener to Saudi Arabia, but they went on to recover and win Group C easily, advancing to the elimination stage of the tournament. Argentina beat Australia 2-1 in the Round of 16 and then took out the Netherlands by way of penalty kicks in an exciting quarter-final. This Argentina squad had no trouble with Croatia in the semis, winning 3-0 and securing their place in the 2022 World Cup final this Sunday.

Argentinian soccer legend Lionel Messi is now 35-years-old and has already confirmed that this weekend’s final will be the last World Cup match of what’s been a truly remarkable career. Considered one of the greatest to have ever played the game, some say that a World Cup title is all that stands between him and ‘GOAT’ status. If he could deliver for his country like his predecessor Diego Maradona, it would become nearly impossible to challenge the striker’s greatness. He’s also tied with Mbappe for the tournament lead in goals with five scores in six games and could end up adding a Golden Boot to his resume, as well.

While Messi is clearly Argentina’s best player, this is a cohesive team that’s been playing together for quite some time. Striker Julian Alvarez has been a pleasant surprise for Argentina in this World Cup, contributing far more than most expected, including scoring two huge goals against Croatia in last weekend’s semi-final. There’s also been the play of Enzo Fernandez, as the young Benfica midfielder has become an important attacking threat for this team. With much of the global soccer community rooting for a storybook ending to Messi’s international career, Argentina will give it their all in this Sunday’s World Cup final.

If you wanted to get a feel for how close this World Cup matchup will be between France and Argentina, look no further than the current betting odds at Bovada Sportsbook. Our odds makers have this game split right down the middle, with both teams available at +175 to win the match. Both teams boast some massive star power with the likes of Mbappe and Messi, while each side looked equally dominant in the semi-final stage of the tournament.

If you’re looking for a bigger payout and don’t mind taking on a bit more risk, you may want to consider betting on a draw at +245. This bet simply means that you think the score will be tied at the end of full time.  With the final expected to be a tight, low-scoring affair, we could very easily see this heading towards a dramatic round of penalty kicks. Whatever you decide to bet on, you can lock in your odds now at Bovada Sportsbook to add some extra excitement to the final match of the 2022 World Cup.