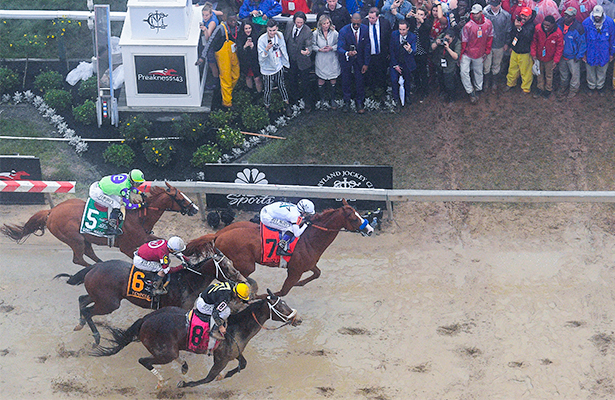 Justify will be looking to become the second horse in the last four years to pay off on Triple Crown odds when he leaves the post on Saturday as a 4/5 favorite on the Belmont Stakes odds.

The Bob Baffert-trained colt dominated in the mud at last month’s Kentucky Derby, powering to victory by 2.5 lengths as a 13/4 favorite, and followed up with a victory, again in the mud, two weeks ago at the Preakness Stakes to remain undefeated in five career races going into the 150th running of the Belmont Stakes on Saturday at Belmont Park in Elmont, New York.

Justify will start on the rail in Saturday’s race after starting from either the No. 6 or No. 7 post in his three previous stakes races, including a dominating victory at the Santa Anita Derby in early April as a 4/5 wager. That is likely to put added pressure on the chestnut colt, with no horse galloping to victory at the Belmont Stakes after starting from the No. 1 post since Empire Maker accomplished the feat in 2003.

However, two of the past five Triple Crown winners faced the same challenge as Justify. Both Citation and Secretariat completed their Triple Crown victories with winning runs after starting on the rail at Belmont, in 1948 and 1973, respectively.

Justify continued his training at Churchill Downs in Louisville following his narrow win over Bravazo in the Preakness Stakes at Pimlico Race Course in Baltimore on May 19, and arrived at Belmont Park this week to a host of stiff competition.

Starting from the No. 4 post, Hofburg has emerged as Justify’s closest competition on the Belmont Stakes betting odds, pegged at 9/2, while Bravazo follows up his spirited run in the Preakness Stakes alongside Vino Rosso at 8/1.

A descendant of 1977 Triple Crown winner Seattle Slew, Hofburg has competed in just two stakes races prior to this weekend’s running of the Belmont Stakes. The William Mott-trained colt recovered from a shaky start to mount an impressive stretch run and second-place finish in his stakes debut in the Florida Derby, but struggled in the mud to a seventh-place finish at the Kentucky Derby as an 18/1 wager.

Bravazo’s impressive second-place run in the Preakness Stakes as a 20/1 wager marked his best performance since claiming victory in the Risen Star back in mid-February. But the Wayne Lukas-trained colt followed up with a disappointing eighth-place run in his next outing in the Louisiana Derby, and turned in a sixth-place performance last month at Churchill Downs on long 75/1 odds.

One of two Todd Pletcher-trained horses in Saturday’s race, along with Noble Indy, Vino Rosso earned a berth in the Kentucky Derby with a victory in the Wood Memorial, marking his third career win, but struggled to a ninth-place finish at Churchill Downs as a solid 16/1 bet before skipping the Preakness Stakes.

Further down the 2018 Belmont Stakes odds, Gronkowski joins Tenfold at 12/1, ahead of Blended Citizen at 15/1, while a trio of horses round out the pack knotted at 30/1, including Noble Indy, Restoring Hope, and Free Drop Billy. 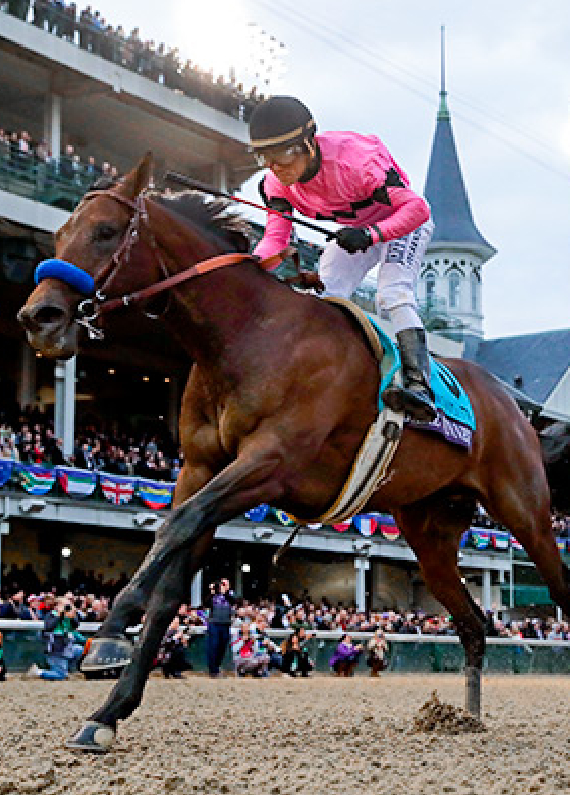