Most Popular Horse Racing Events Around the World 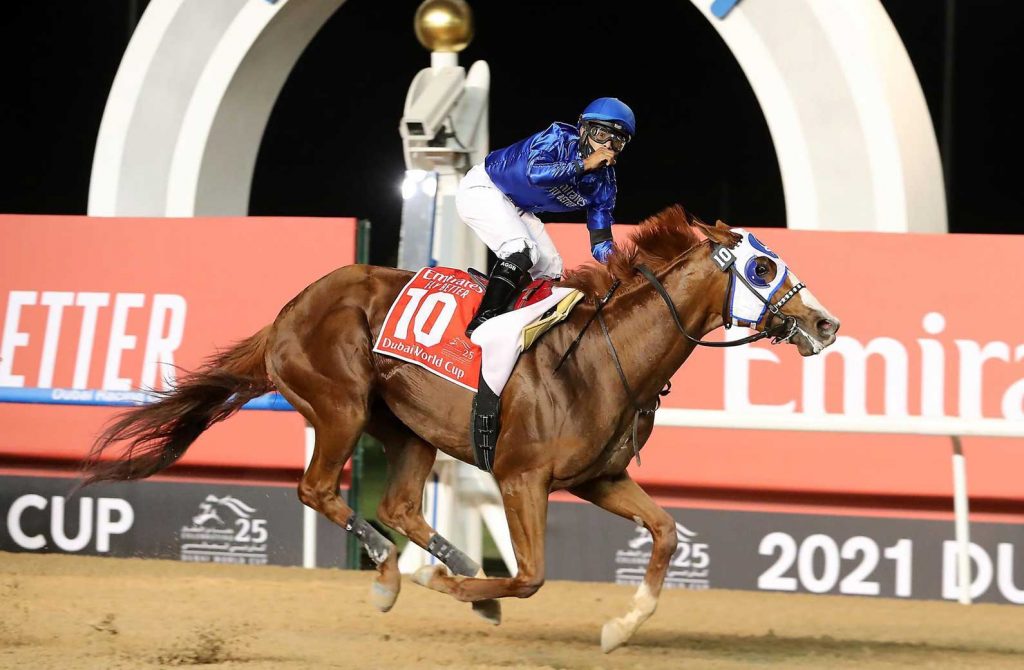 Commonly referred to as ‘The Sport of Kings’, competitive horse racing has been taking place for centuries around the world. Things have changed quite a bit since the sport’s early beginnings, but horse racing continues to deliver great excitement. While there is much debate about the specific origins of the sport, there’s no doubt regarding how popular it’s become over the years. Today, horse racing is widely considered to be one of the most popular sports in the world and is boosted by a massive following of passionate fans. With major horse racing events held every year in Europe, Asia and North America, you can understand why the sport has been able to develop such a global audience.

When talking about horse racing, the topic of betting is usually not far behind. People have been betting on horses for many years, feeling that rush of adrenaline as the horse they picked makes its way down the stretch. Horse racing has been a big part of the sports betting world for some time now but the advent of the internet has only amplified its popularity. Across the world, horse races take place every day and you can wager on all of them thanks to online betting. Bovada Racebook provides players with updated betting odds on all the big horse racing events throughout the year. In addition to betting on the most popular American races, such as the Kentucky Derby and Breeders’ Cup, you can also place bets on all the major international events such as the Dubai World Cup, Prix de l’Arc de Triomphe and many more. Bovada offers all your favorite types of horse racing bets, including Win/Place/Show bets and exotic bets such as Exactas, Trifectas, Superfectas and Quinellas. Now let’s take a look at some of the most popular horse races going on around the world and get the inside scoop on all of them!

Most Popular Horse Racing Events to Bet On Worldwide

The top spot on this list should come as no surprise to American horse racing fans, as the Kentucky Derby is widely considered the pinnacle of the sport. Dating back to 1875, this popular event takes place on a dirt track and runs at a distance of 2000 meters (approximately 1.25 miles). The race is only open to three-year old horses and acts as the first leg of the American Triple Crown. The event takes place every year on the first Saturday in May at the Churchill Downs Racetrack in Louisville, Kentucky. The Kentucky Derby is now nicknamed ‘the run of the roses’ as the winner adorns a blanket covered with the flower. Although there are events with a bigger prize purse than the $3 million up for grabs at the Kentucky Derby, you’ll be hard pressed to find a more famous horse race anywhere on the planet. Known as ‘the most exciting two minutes in sports’, the Kentucky Derby is one horse race you do not want to miss.

Running since 1996, the Dubai World Cup is right up there with the richest horse races in the world with a total prize pool of $12 million. The event is held annually on the last Saturday in March and is the crown jewel of World Cup night at Meydan Racecourse in Dubai. This thoroughbred race features a dirt surface and is set at a distance of 2000 meters. One of the unique aspects of this race is that it features horses that are trained across the world, including the US, UK, France, Japan and UAE. Although the 2020 race had to be cancelled as a result of the COVID-19 pandemic, 2021 saw a great performance by eventual winner, Mystic Guide. With so much money at stake for this single race, it’s quickly become one of the most popular horse racing events to bet on in the entire world.

First contested in 1998, the Sheema Classic is yet another major event taking place at the Meydan Racecourse in Dubai, however, this race is run on turf at a distance of 2400 meters (approximately 1.5 miles). In order to enter this race, thoroughbreds from the Southern Hemisphere must be age three and up, while thoroughbreds from the Northern Hemisphere must be four and up. Due to the wealth of the Dubai and their passion for horse racing, it has led to the start of many high value events such as the Sheema Classic, which offers a total purse of $6 million dollars, tying it with the Dubai Turf race as the most valuable turf races in the world.

This event may not be as well-known on a global scale but it is one of the biggest days of the year in the UK for national hunt racing, where horses must clear fences and other obstacles by jumping over them. This popular festival is held annually in March at the Cheltenham Racecourse in Gloucestershire, England and features a total of 28 races over a period of four days. There are a number of feature races each year at the festival, however, the Cheltenham Gold Cup is the biggest of all the races. In 2021, it offered a total prize purse of £468,750 (approximately $630K). In addition to being one of the biggest jump racing events of the year, the Cheltenham Festival is also a major betting event as there are millions of dollars wagered throughout the week in the UK alone.

Taking place annually on the first Sunday in October, at the Longchamp Racecourse in Paris, France, most race fans would consider Prix de l’Arc de Triomphe as the most prestigious horse race in Europe. Open to thoroughbreds aged three years and older, ‘The Arc’ began just over a century ago in the year 1920. The race is run on a turf track at a distance of 2400 meters and the prize purse has now reached $5.6 million. In addition to being a major sporting event drawing thousands of spectators from around the world, Prix de l’Arc de Triomphe also attracts a lot of attention from the sports betting community. The event includes a total of 17 races, giving you plenty of chances to win real money betting on all the horse racing action.

With the inaugural race taking place in 1984, the Breeder’ Cup Classic has quickly become one of the more respected events in horse racing. The race is part of the Breeders’ Cup World Championships and is run in late October or early November. Open to thoroughbreds 3-years-old and up, the Breeder’ Cup Classic is run on a dirt track at a distance of 2000 meters. The interesting thing about this event is that it takes place at a different track North American track each year. While this race can no longer claim the title of richest in the world like it once did, today’s $6 million prize purse is still a lot of money. The Breeders’ Cup has been historically difficult to predict from a betting standpoint, giving bettors the chance to win a massive payday if an underdog with big odds can pull off the upset.

While the Pegasus World Cup is not yet the most well-known event on the American horse racing scene, the Invitational’s massive $9 million prize purse could change that in a hurry. The Pegasus World Cup began just a few years ago in 2017 and has been taking place annually on the last Saturday in January at Gulfstream Park in Miami, Florida. More recently, the event has been updated to include both dirt and turf races. The Invitational is the biggest race at the event, open to horses aged four and up, running on a dirt track at a distance of 1800 meters (approximately 1.12 miles). Unlike most races, owners can pay for entry at this event, but it comes at hefty cost of $1 million.

Known locally as ‘the race that stops a nation’, the Melbourne Cup brings together all of Australia’s horse racing fans every year on the first Tuesday in November. Despite taking place down under at Flemington Racecourse in Melbourne, this event receives a lot of attention from many international competitors. The Melbourne Cup is a highly-respected event in the horse betting community and dates all the way back to 1861. This race is perfect for those that prefer a horse betting experience that lasts a bit longer; it’s run on a turf track at a longer distance of 3200 meters (nearly 2 miles) to test not only the speed, but the stamina of the horses, as well.

With so many great horse races to bet on globally throughout the year, you’ll never run out of excitement at the track with Bovada Racebook. Bet real money on all of your favorite horse races and take in the feeling of adrenaline as your picks take the lead down the stretch! Check out the latest betting odds at Bovada now to get started winning! 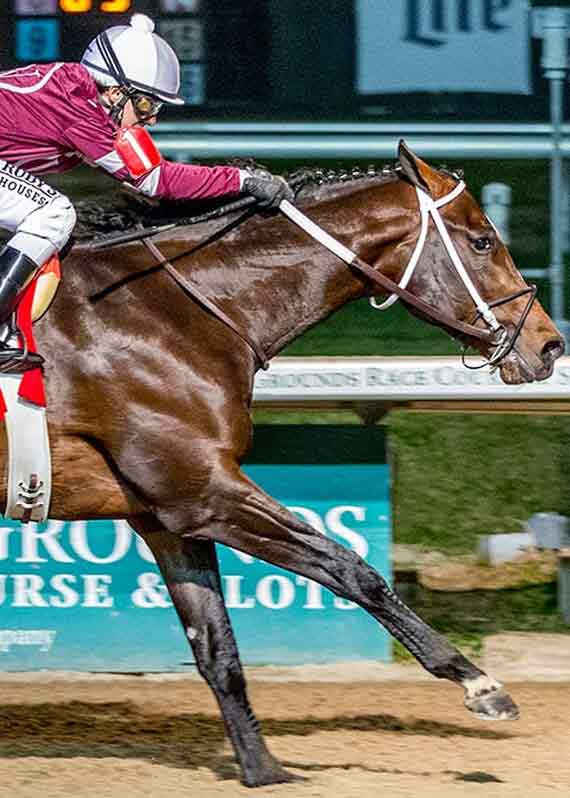 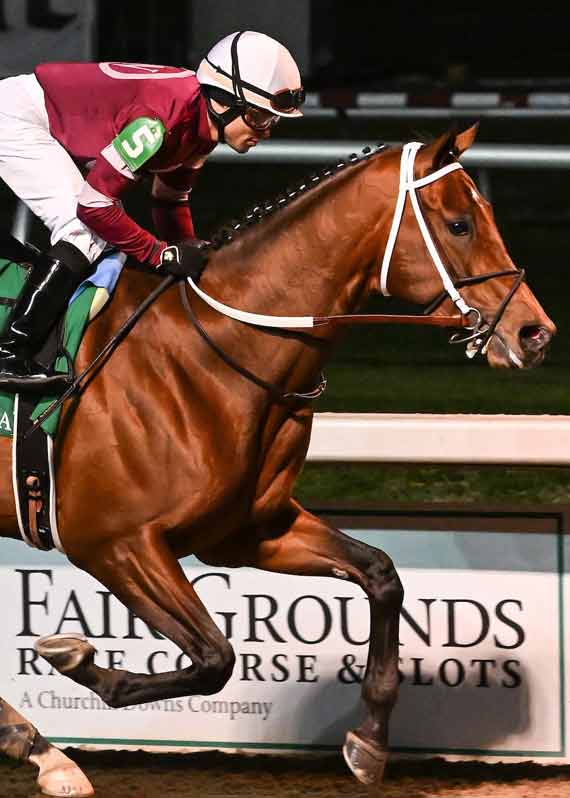 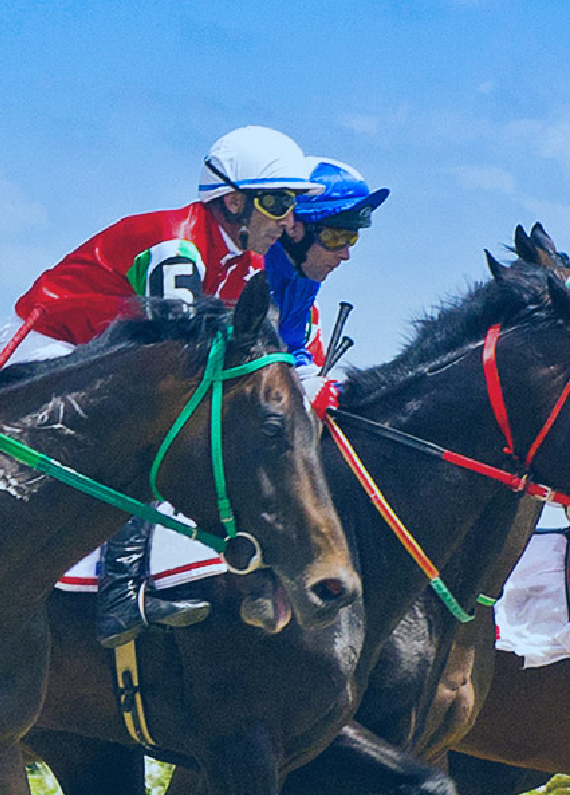 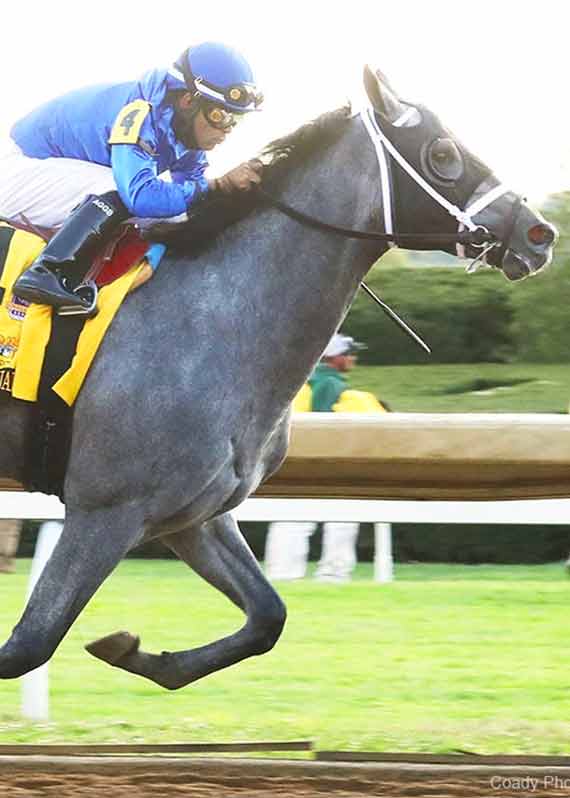