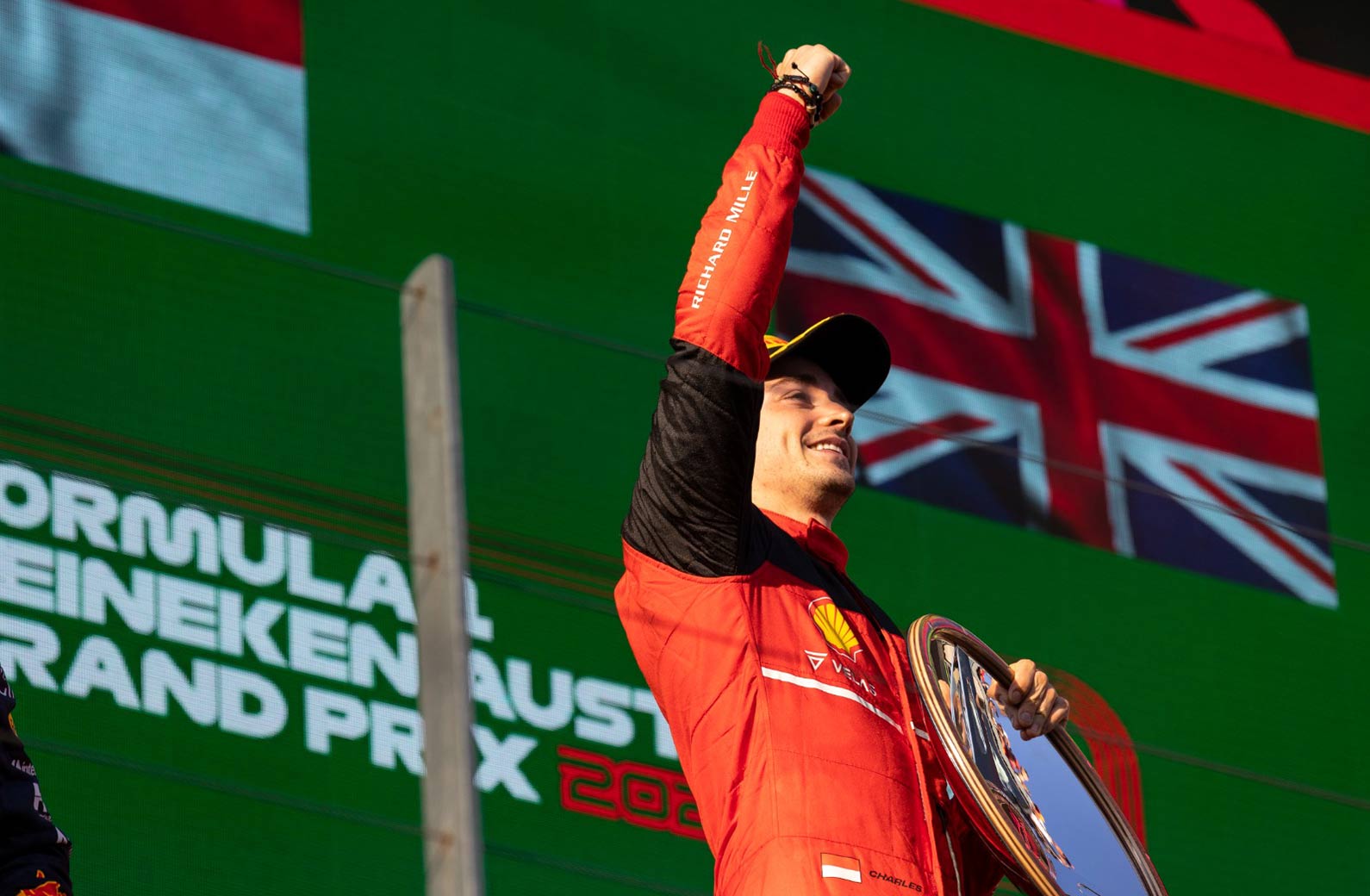 With several new rule changes taking effect this year in Formula 1, racing fans weren’t sure what to expect at the onset of the 2022 F1 season. Even the sport’s betting experts and odds makers had difficulty forecasting this upcoming season. Now, only three races into the 2022 schedule, we can already see the balance of power in Formula 1 undergoing some big changes. These changes have already led to some major movement in the 2022 Formula 1 betting odds. Here’s a quick recap of the 2022 F1 season so far, as well as the top F1 Drivers’ Championship favorites, based on their current odds at Bovada Sportsbook.

We are now 3 races into a 23-race season and the newly-imposed rule changes have already made a noticeable impact on the sport. Just take a look at Ferrari, who finished third in last year’s Constructor Championship while their drivers placed fifth (Carlos Sainz) and seventh (Charles Leclerc) in the Driver standings. This year, Ferrari is first in the Constructor Championship standings with a 39-point edge over second place Mercedes, while teammates Leclerc and Sainz sit first and third in the Driver Championship standings, respectively.

The 2022 F1 season began with the Bahrain Grand Prix and Ferrari was quick to make an impression as they enjoyed a 1-2 finish with Leclerc earning the victory. Lewis Hamilton managed to finish third while new teammate George Russell earned another 12 points for Mercedes with his P4 finish. It was an ugly race for Red Bull as both Max Verstappen and Sergio Pérez posted DNFs and the team took home zero points.

Red Bull bounced back in a big way at the 2022 Saudi Arabian Grand Prix, with last year’s F1 Champion Max Verstappen earning his first victory of the season. With teammate Sergio Pérez adding a P4 finish, it was a good day for Red Bull on the track. Although Ferrari didn’t get the win, the team kept pace in the standings thanks to a 2-3 finish by Leclerc and Sainz. The Mercedes team didn’t fare quite as well, taking home just 11 points in the Construction Championship race with Russell finishing P5 and Hamilton in P10.

Ferrari’s return atop the ranks of Formula 1 continued at the 2022 Australian Grand Prix, where Leclerc earned his second victory of the season. Although Pérez managed to finish second, the Red Bull team was heartbroken by yet another DNF for Verstappen. While Mercedes has still yet to earn a win this season, the team earned 27 points in the Constructor Championship standings with a third place finish for Russell and P4 for Hamilton.

The 2022 F1 Championship odds have already seen some major movement this year as Charles Leclerc, Carlos Sainz and the Ferrari team continue their strong season. At the same time, the heated rivalry between Mercedes’ Lewis Hamilton and Red Bull’s Max Verstappen has drawn far less attention in 2022 as the two men are currently a disappointing fifth and sixth in the Driver Championship standings, respectively. To give you a better idea of the betting landscape for this year’s Formula 1 Drivers’ Championship, let’s take a look at the top five betting favorites based on their current odds at Bovada Sportsbook.

It appears the 24-year-old Leclerc is finally beginning to live up to his massive potential, as the young Ferrari driver already has two wins through the first three races of the season. The odds makers must agree because Leclerc is now the overall betting favorite to win the 2022 F1 Drivers’ Championship. Currently holding a 34-point lead atop the standings, Leclerc’s championship betting odds are bound to get significantly pricier with each win moving forward, so you may want to bet on the talented driver before it’s too late.

Despite some fans not happy with the way he won last year’s Drivers’ Championship over Lewis Hamilton, Verstappen is still the reigning champion in Formula 1. There are no questions surrounding the Dutch driver’s talent as he’s clearly one of the best in the sport. Verstappen’s biggest issue in 2022 is the performance of his car; Red Bull has struggled this season with Verstappen already suffering two DNFs in the first three races. If the Red Bull team can get their car performing better, Verstappen’s talent behind the wheel provides some decent betting value based on his current championship odds at Bovada.

At age 37, Lewis Hamilton may be approaching the end of what has been a legendary F1 career. The long-time Mercedes driver was a slight betting favorite to win the 2022 Drivers’ Championship heading into the season, but his odds have since skyrocketed as a result of his low point total over the first three races. With that being said, Hamilton’s current championship betting odds would have been unfathomable at any point over the past decade and offer a potentially massive return on investment for anyone who chooses to bet on the seven-time F1 champion.

Currently sitting third in the 2022 Driver Championship standings, Sainz is getting a lot of attention from F1 betting circles as Ferrari has shown that their car leads the field in terms of speed and reliability. While teammate Leclerc has been the top driver for Ferrari, a win by Sainz would quickly shrink the point gap between the two men in the standings. Keep an eye on Sainz as the F1 season progresses and let’s see if he can keep pace with the other top drivers in Formula 1.

He may be a longshot to win the 2022 Drivers’ Championship, but let’s not forget that Russell is still immensely talented and now driving for Mercedes. Following three years with Williams, Russell joined Lewis Hamilton and the Mercedes team over the offseason. Russell has performed well so far in 2022 with 37 points through the first three races. That point total places him alone in second place of the current Driver Championship standings and makes his longshot championship odds an appealing betting option.

To begin betting on who you think will win the F1 Championship, be sure to sign up to Bovada today! We have more than just odds on the F1. There’s plenty of sports that you can win real money on: football, basketball, baseball and much more! Furthermore, we are more than a sportsbook. Bovada is home to the best online casino available.