Ahead of NFL Week 16, Mark Gunnels (@MarkAGunnels) gives us a preview on the Seattle Seahawks vs. Kansas City Chiefs. 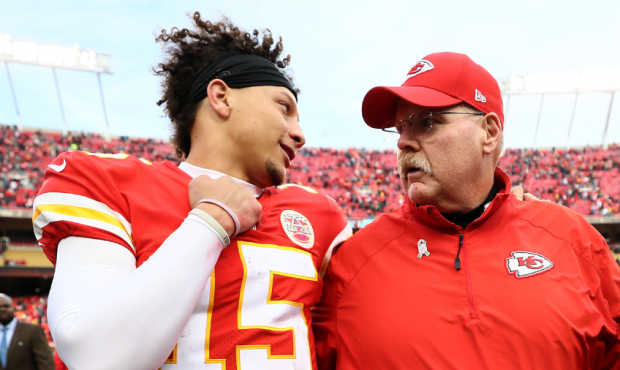 Before the season, nobody expected this matchup to have playoff implications for both teams. Despite trading away All-Pro wide receiver Tyreek Hill, most people knew at the very least the Chiefs would be a playoff team. Whether they would win the AFC West or not was a question mark for many, but that was answered last week when the Chiefs won the division for the seventh consecutive season. While Saturday’s contest has playoff implications for both teams, there’s levels to it. On one hand, the Chiefs are hopeful to regain the one seed in the AFC over the Buffalo Bills. Meanwhile, the Seahawks are just hoping to make the playoffs. As things currently stand, Seattle right on the outside looking in as the eighth seed. A win Sunday in Kansas City would do wonders for their chances.

When the Seahawks elected to trade quarterback Russell Wilson, it was admission they’re ready to rebuild for the future, which is why it’s amazing they’re in the playoff picture this late into the season. In the trade with the Denver Broncos, Seattle got back multiple picks including a 2023 first round pick, which at the very least should be a top 10 pick with the potential to be top five. Not to mention Seattle has their own first round pick as well.

Considering all the young talent already on the roster, Seahawks fans should be salivating over the possibility of having another talented draft class on top of what they already have. Running back Kenneth Walker leads all rookies with nine touchdowns on the season. On the other side of the ball, Seattle has got tons of production from rookie defensive backs Tariq Woolen and Coby Bryant.

I would be remise if I didn’t speak on the resurgence of one Geno Smith. It feels like forever ago, but at one point, Smith was one of the highly touted prospects out of college. The former West Virginia standout was selected by the New York Jets in the second round. Obviously, it didn’t work out in New York and from there things began to spiral downhill for Smith. He went on to play for the Giants and Chargers before eventually landing in the Pacific Northwest in 2019. Smith would backup Wilson before eventually getting the opportunity to beat out Drew Lock for the starting job this past off-season. Now, Smith is top-10 in passing yards, passing touchdowns, and QBR. He’s currently the favorite to win Comeback Player of The Year at -110.

Despite the differences of playoff implications from both teams, there is one thing they share and that’s a rebuild. I’m sure your face has this confused look right now because you’re wondering how the Chiefs in are a rebuild.

Let me preface this by saying the rebuilds aren’t created equal. However, whenever you trade away a top-five wide receiver in Hill, let a potential future Hall of Famer walk in Tyrann Mathieu, and have five rookies playing significant snaps, that would be viewed as a rebuild in most cases.

Nonetheless, the fundamental difference is the Chiefs have the best quarterback in the league in Patrick Mahomes. Also, I heard that Andy Reid and Travis Kelce are pretty good at their jobs as well.

But ultimately, when you have a guy of Mahomes’ ability, instead of the term rebuild, we should probably say reset. If Mahomes is your quarterback, the expectation every year is to win the Super Bowl no matter who’s on the roster. And if you didn’t believe that before this season, there should be zero doubt now.

The talk all off-season was how Mahomes would fair without Tyreek. Well, let’s just say Mahomes is having the most impressive season of his young career thus far. Mahomes leads the league in passing touchdowns, passing touchdowns, and QBR. He’s also within striking distance of passing Peyton Manning for the most passing yards in a season. Over the next three games, he needs to average 327 yards per game to make history. On the season, Mahomes is averaging 321 yards per game. The former MVP is the overwhelming favorite to win a second MVP at -300.

This will be the first team these two teams faced off since 2018 when Mahomes was outdueled by Wilson in a thrilling Sunday Night matchup. Will the Seahawks get closer to their playoff dreams, or will the Chiefs keep the pressure on Buffalo for the one seed?

Let’s dive into the numbers – all markets can be found by heading over to Bovada’s NFL odds page:

The Chiefs have double-digit favorites three times this year and they’re 1-2 against the spread in those contests. In general, the Chiefs are a dismal 4-9-1 ATS, while the Seahawks are 6-6 ATS.

With tons at stake for both teams, it’s hard for me to imagine this being a double-digit win either way. And when you look at the Chiefs inability to cover double-digit spreads against lesser competition, I don’t see it happening against a good Seattle team. Having said that, I’m fading my hometown team by going with Seattle +10. I think the Chiefs win the game, but covering 10 points is a tall task against the fighting Genos.