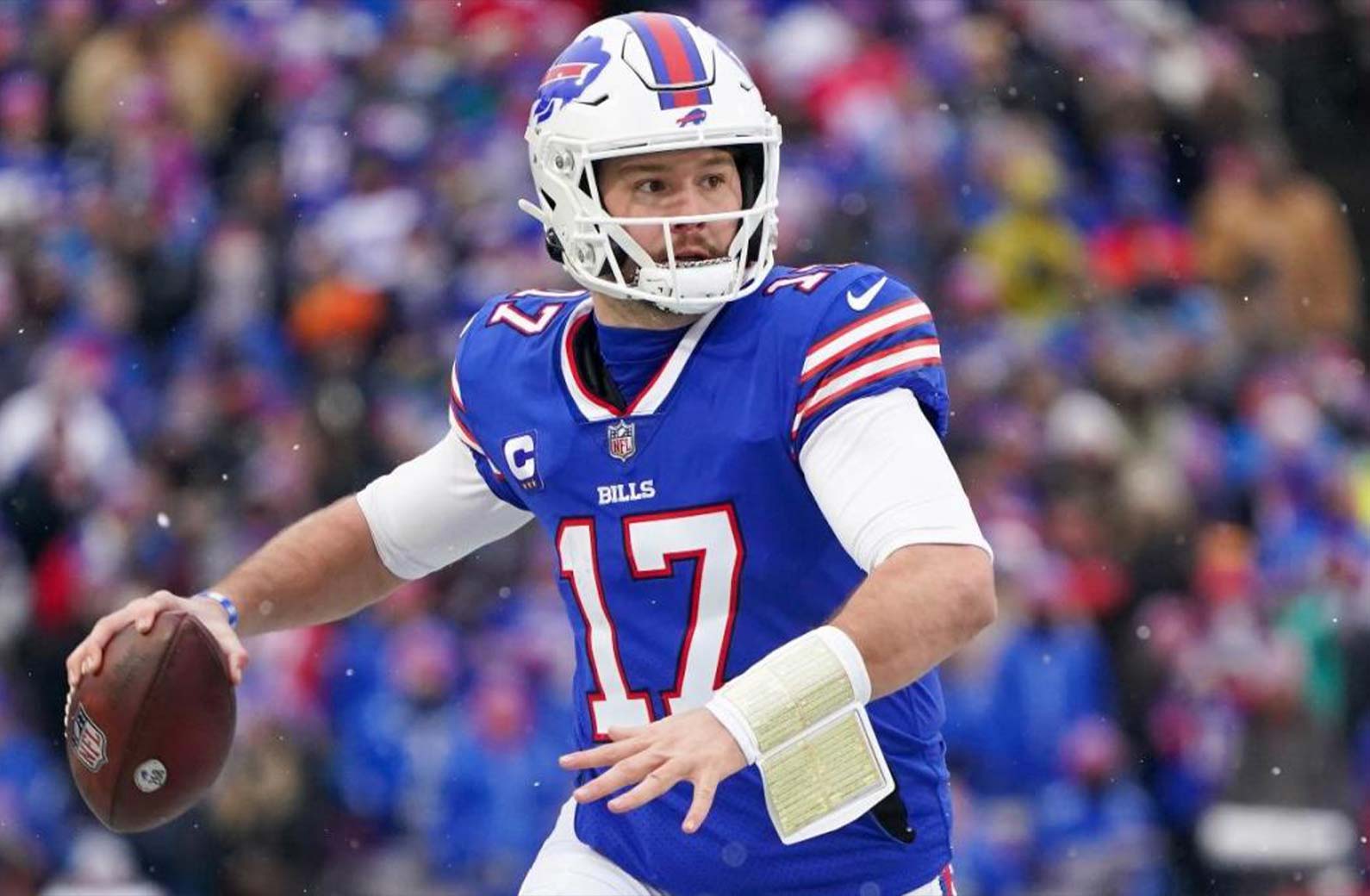 The NFL playoffs are now in full swing with the Divisional round set to kick-off this Saturday. Wildcard Weekend was entertaining as always and the betting public made some money with several big favorites covering the spread. The only upset of the Wildcard round came when the 49ers defeated the Cowboys in Dallas, paying out on San Francisco’s +150 moneyline odds. With only eight teams remaining in this year’s NFL playoffs, it’s time to review all four Divisional round matchups along with their current betting odds at Bovada Sportsbook.

Things are looking up in Cincinnati as the Bengals defeated the Raiders last week for the team’s first playoff win in over 30 years! Franchise quarterback Joe Burrow looked comfortable in the first postseason start of his career, playing turnover-free football while throwing for 244 yards and 2 touchdowns. Burrow’s chemistry with former LSU teammate Ja’Marr Chase has given Cincinnati a lethal weapon at wide receiver, evident by his 9-catch, 116-yard performance versus the Raiders.

As the AFC’s top seed and coming off a first-round bye, the Titans should be well-rested for this matchup. The week off should serve Tennessee well as RB Derrick Henry attempts to come off the IR, while WRs AJ Brown and Julio Jones continue to get healthy. The Titans had the second-best run defense in the league this season so they should be able to handle the Bengal’s running game. Cincy’s aerial attack is the real threat but the Titans have All-Pro safety Kevin Byard to help with that. The odds makers have Tennessee as a slight betting favorite in this contest, but we could see some interesting line movement as we get closer to kickoff.

The 49ers delivered the most entertaining football of Wildcard Weekend after upsetting the Cowboys by  sticking to what they do best; control the clock with a powerful ground game led RB Elijah Mitchell and WR Deebo Samuel. Veteran QB Jimmy Garoppolo threw the ball just 25 times in Dallas as the team’s offensive line and TE George Kittle provided great run blocking throughout the game. San Francisco’s biggest question mark rests on their defense, as the team’s two best defensive players both suffered injuries during last week’s game. While 49ers LB Fred Warner said that he should be able to play in Green Bay after hurting his ankle versus the Cowboys, pass-rusher Nick Bosa suffered a concussion and his availability for the Divisional Round remains to be seen.

The Packers enjoyed a first-round bye as the top team in the NFC and will get to host another playoff game at the historic Lambeau Field. Everything in Green Bay runs through Aaron Rodgers and the MVP quarterback should be able to pick apart the 49ers defense with All-Pro WR Davante Adams at his side. The Packers defense will try to slow down San Francisco’s ground attack with run stuffing NT Kenny Clark and should also get a boost from the return of elite CB Jaire Alexander, who hasn’t played since suffering a shoulder injury back in Week 4. This matchup will feature some chilly Wisconsin weather, so expect cold temperatures and lots of snow to impact the betting odds for this game.

Following a season-long battle for the NFC West, the Rams put the Cardinals down for good with a 34-11 beatdown to wrap up Wildcard Weekend. After years of toiling away in Detroit, Matthew Stafford finally earned his first career playoff win as the team took one step closer to hosting the Super Bowl on their home field at SoFi Stadium. The Rams have a trio of crafty receivers in Cooper Kupp, Odell Beckham Jr. and Van Jefferson, while the ground game is running on all cylinders with the strong play of Sony Michel and the return of Cam Akers.

The Buccaneers are coming off a blowout victory of their own, dismantling the Eagles by a score of 31-15. Despite missing WRs Chris Godwin and Antonio Brown, as well as RBs Leonard Fournette and Ronald Jones, the Bucs covered the betting line easily during Wildcard Weekend. It helps to have the GOAT, aka Tom Brady, leading the offense; the veteran QB looked sharp while throwing touchdown passes to WR Mike Evans and TE Rob Gronkowski. Tampa’s defense also had a big day, limiting the Eagles powerful run game and picking off Jalen Hurts twice. They’ll need to repeat that performance if they want to keep the Rams’ explosive offense in check. For Los Angeles to knock of the last year’s Super Bowl champs, they’ll need a big pass rush from DT Aaron Donald and LB Von Miller. If the Rams defense can get to Brady consistently, they may just have what it takes to pull off the upset.

The Bills put on a masterful performance over Wildcard Weekend as they blew out the Patriots 47-17.  Buffalo became the first team in NFL history to go an entire game without punting, kicking a FG or turning the ball over. Bills QB Josh Allen tossed an impressive five touchdown passes, while RB Devin Singletary ran for two more on the ground. Buffalo’s defense was equally impressive, pulling down two interceptions and controlling the line of scrimmage the entire game.

The Chiefs had a slower start in their Wildcard game with Pittsburgh, falling behind 7-0 after a scoop and score by Steelers DE TJ Watt. It didn’t take long for Kansas City to get back on track as QB Patrick Mahomes threw five touchdowns in just 10:30 of game time, easily the fastest time in NFL postseason history. The Chiefs defense wasn’t really tested against Pittsburgh but will have their hands full when they take on the Bills Sunday night. Looking at the NFL betting lines at Bovada Sportsbook, this game has the lowest point spread of all Divisional round matchups and should provide some wild moments in the fourth quarter. With both of these teams looking like strong Super Bowl contenders and the game’s betting odds so close, it really comes down to which quarterback you believe in the most: Allen or Mahomes.

Bovada Sportsbook is the best place for all of the latest NFL Divisional Playoffs betting odds. If you are new to Bovada, then be sure to make the most of our latest welcome offers to get the most out of your first bet.