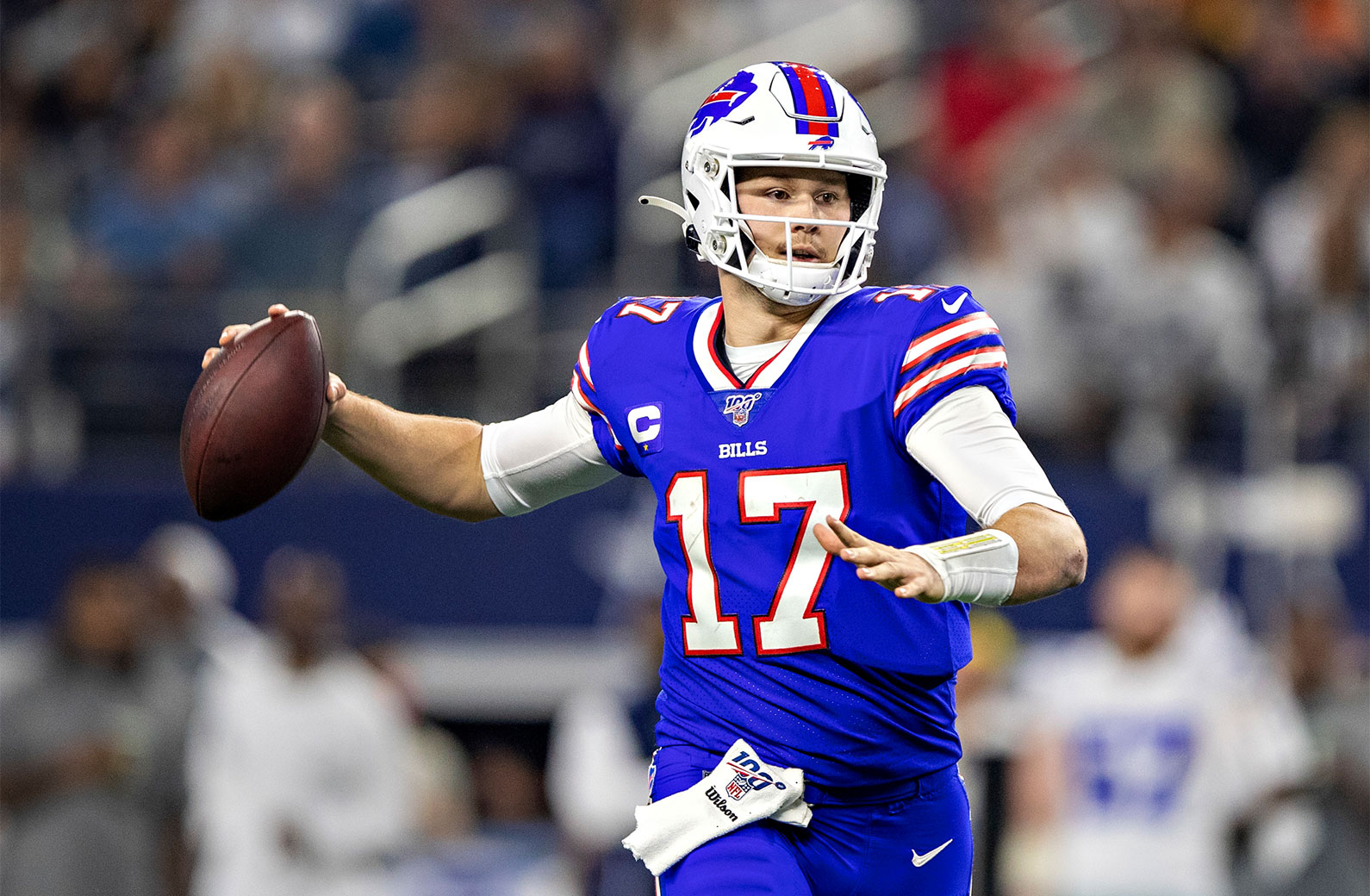 With only a few days remaining before the start of this year’s football betting season, now is the perfect time to check out the updated 2022 NFL Championship odds at Bovada Sportsbook. The NFL regular season begins on September 8th with the defending champion Los Angeles Rams, hosting the Buffalo Bills. You’ll find 2023 Super Bowl odds available on all 32 NFL teams at Bovada Sportsbook and can win a huge payout if one of your picks wins this year’s Super Bowl. Here’s an overview of the top 10 betting favorites to win this year’s NFL Championship, based on their current odds at Bovada.

The Cowboys head into the 2022 NFL season with lots of potential but have several questions that still need answers. ‘America’s Team’ looked great during last year’s regular season, finishing 12-5 and winning the NFC East. Unfortunately, Dallas disappointed in the playoffs yet again by falling to the 49ers in the Wild Card round. The Cowboys haven’t made it to the Super Bowl since they last won the NFL Championship back in 1995, but this year’s roster certainly has the talent to make it happen. Playing in a weak NFC East division, Dallas’ current Super Bowl odds offer excellent betting value.

It’s been nearly 10 years since the Ravens’ 2012 Super Bowl victory but this John Harbaugh-coached team continues to boast a strong run game and physical defense. Baltimore had the third-most rushing yards per game last season and is led by dual-threat QB Lamar Jackson. Former Ravens receiver Marquise Brown is gone but All-Pro TE Mark Andrews and sophomore WR Rashod Bateman are more than capable of handling his target share. Baltimore’s championship odds are boosted after last year’s 8-9 campaign but if Jackson can regain his MVP-form don’t be surprised if the Ravens make a run at this year’s Super Bowl.

The Trey Lance era has officially begun in San Francisco as the second-year quarterback has overtaken veteran QB Jimmy Garoppolo as the team’s starter. Lance has several weapons on offense, including WRs Deebo Samuel and Brandon Aiyuk, TE George Kittle and an effective run game featuring RB Elijah Mitchell. Having made it to NFL Championship game last season and reaching the Super Bowl in 2020, many NFL betting experts have listed this year’s 49ers team as a great pick to win this year’s championship. If Lance can live up to the hype and the team’s defense can deliver another top-10 campaign, San Francisco will be a great pick to win this year’s Super Bowl.

Since acquiring QB Russell Wilson during the offseason, this franchise hasn’t been shy about the team’s championship aspirations. Equipped with a stout defense and solid run game, the arrival of a quarterback like Wilson makes the Broncos instant Super Bowl contenders. The team’s longtime defensive leader Von Miller may be gone, but Denver still has a quality front seven to go along with an elite secondary. Wilson has already shown excellent chemistry with WRs Courtland Sutton and Jerry Jeudy; his veteran leadership could be the push this team needs to make it back to the Super Bowl.

There’s a ton of excitement surrounding the Chargers following some major acquisitions over the offseason. The team bolstered their defense by trading for LB Khalil Mack and signing CB J.C. Jackson, giving Los Angeles one of the more intimidating stop-units in the NFL. The offense is looking equally impressive with QB Justin Herbert throwing to WRs Keenan Allen and Mike Williams, along with pass-catching RB Austin Ekeler. While the Chargers won just 9 games last season and haven’t made the playoffs since 2018, it looks like the odds makers are expecting a breakout for Los Angeles in 2022.

The Los Angeles Rams are looking to become the first NFL team to repeat as Super Bowl champions since the Patriots won back-to-back titles in the early 2000s. The team went 12-5 last season and has most of their championship roster still in place. The chemistry between QB Matthew Stafford and WR Cooper Kupp should continue to grow, providing a strong offense. On defense, the Rams are once again led by three-time DPOY Aaron Donald and features the NFL’s top cover corner in CB Jalen Ramsey. It’s never easy to repeat as NFL Champions but Los Angeles may just have what it takes to get the job done.

With a quarterback like Patrick Mahomes, it’s not hard to see why the Chiefs are a betting favorite to win the Super Bowl year-in and year-out. Kansas City has been one of the best teams in the NFL over the past few years, having made it to the AFC Championship game in four straight seasons. The Chiefs lost top receiver Tyreek Hill to free agency but are still confident with Mahomes at quarterback. The former NFL MVP still has All-Pro TE Travis Kelce and WRs JuJu Smith-Schuster and Marquez Valdes-Scantling. With head coach Andy Reid still calling the shots, Kansas City’s current Super Bowls odds offer strong betting value heading into the regular season.

Led by QB Aaron Rodgers, the Packers have pulled off three straight 13-win seasons. While Rodgers has won the NFL MVP award in back-to-back years, the All-Pro passer will need to overcome the loss of his top offensive weapon, WR Davante Adams. Green Bay may be thin at the receiver position this year, but the team’s run game looks solid with RBs Aaron Jones and AJ Dillon set to split touches. There are plenty of playmakers on defense, especially NT Kenny Clarke and CB Jaire Alexander. Having made the NFC Championship Game in two of the past three seasons, the Packers have great odds of reaching this year’s Super Bowl.

Coming off their first 13-win season in franchise history, the Tampa Bay Buccaneers are once again Super Bowl contenders heading into the 2022 campaign. The Bucs are the betting favorite to win the NFC South this season and will have 45-year-old QB Tom Brady back under center. Tampa Bay’s passing attack should continue to be one of the league’s best with WRs Mike Evans and Chris Godwin joined by new additions Russell Gage and Julio Jones. The biggest question for the Bucs is how their offensive line will perform after the loss of several key starters. If the O-line can keep Brady on his feet, another Super Bowl run could be in their future.

As the top betting favorite to win the 2023 Super Bowl, this year’s Bills squad is loaded with talent on both sides of the ball. It all begins with QB Josh Allen, who had this team within a few seconds of making the AFC Championship game before the defense gave it away. Allen can torch opposing defenses with his arm and his legs; he and WR Stefon Diggs form one of the NFL’s most lethal duos. The Bills also had the top rated defense in the league last season and it’s only got better with the addition of LB Von Miller. If you plan on betting on Buffalo to win the Super Bowl, act now before their odds begin to shrink.

So that you can enjoy some 2023 Super Bowl betting, be sure to sign up to Bovada. Once you are signed up, head on over to our NFL odds to see all of the markets that are available. Additionally, once you have a Bovada account, you can also enjoy playing at our online casino. With over 300 online casino games, there’s always something for you to play, such as Hot Drop Jackpots, online blackjack, online slots and much more!