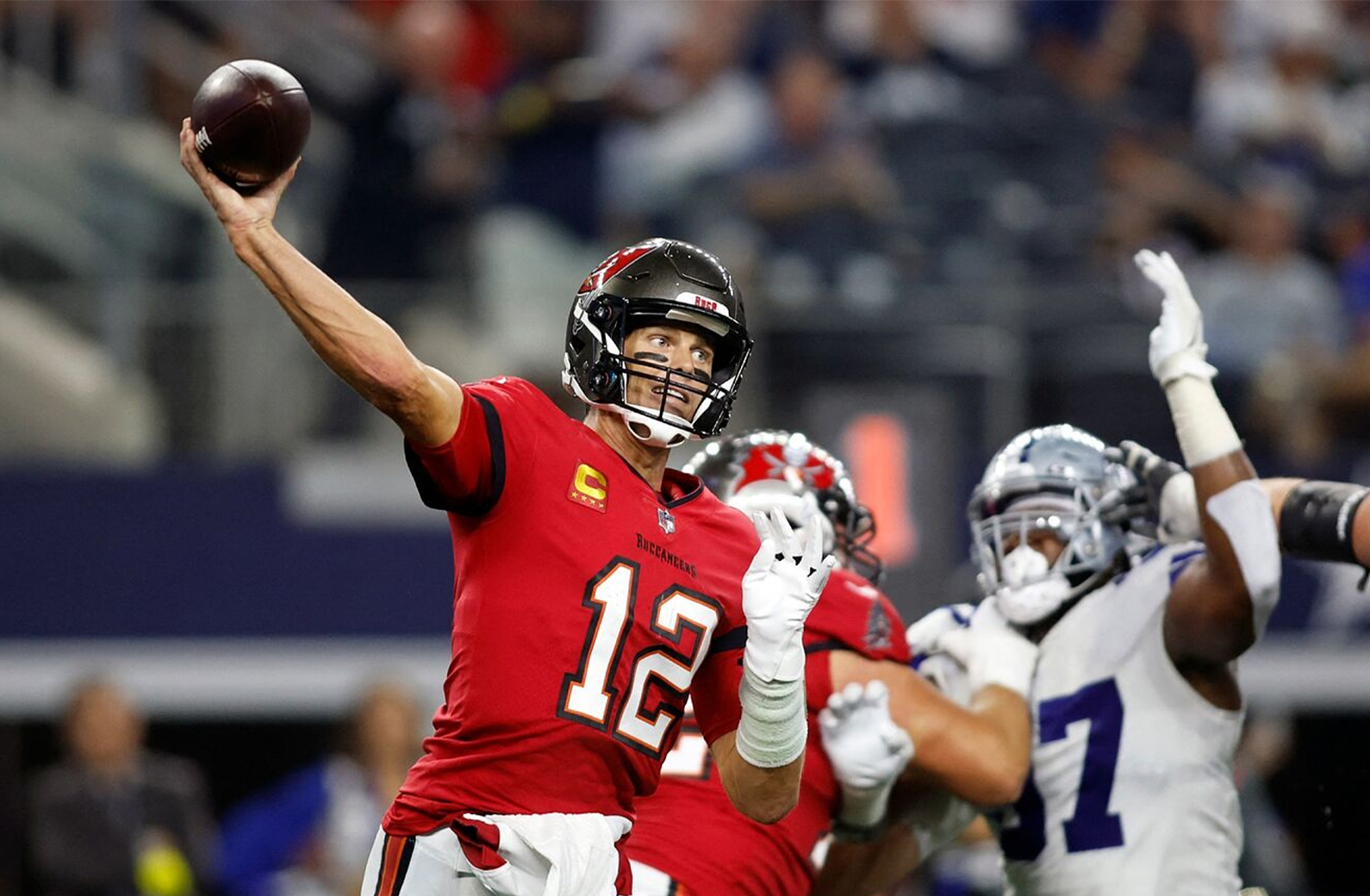 Following a grueling 18-week regular season, it’s finally time for the start of the 2023 NFL Playoffs. There’s nothing better than playoff football and the action kicks off with a Wild Card Weekend that’s loaded with great betting matchups. You can find the complete NFL odds for all Wild Card games at Bovada Sportsbook, but here’s a quick look at all six games scheduled for this weekend:

With so much on the line in these six games, you may want to start by doing a little handicapping homework before betting on the NFL Playoffs. There are countless betting trends and statistics available out there and this knowledge can often make the difference between winning and losing. For example, did you know that the betting favorites went 5-1 against the spread (ATS) during last year’s Wild Card Weekend? While it remains to be seen if that particular betting trend continues during this year’s playoffs, this article will walk you through some of the more telling stats in order to help you win big this weekend!

San Francisco may be massive 10-point betting favorites over Seattle, but there’s a reason for that – With an overall record of 13-4 and currently riding a 10-game win streak, the 49ers enter this weekend’s Wild Card matchup as the hottest team in the NFL. Third-string quarterback Brock Purdy has done nothing but impress since taking over the starting job and will be able to lean on his team’s elite rushing attack. Led by RB Christian McCaffrey, San Francisco owns a top 10 ground game and should have no trouble trampling a Seahawks defense that gave up the third-most rushing yards this season (150.2 YPG). If that’s not enough to get you betting on the 49ers, it’s worth noting that Seattle is just 1-7 ATS over their last 8, while San Francisco has covered in 16 of their past 22 games.

It’s been a rough season for Tua Tagovailoa, with the Dolphins quarterback suffering multiple head injuries over the course of the campaign. The sophomore signal caller has missed his team’s past two games under the NFL’s concussion protocol and his status for this weekend’s playoff matchup with the Bills remains up in the air. If Tua isn’t cleared by team doctors, it’ll either be Teddy Bridgewater or Skylar Thompson with the unenviable task of leading Miami to a Wild Card upset over Buffalo. The Dolphins will be in for a tough day even if Tua does play, as the Bills are 7-1 at home this season while Miami went just 3-6 on the road. From a betting perspective, the Dolphins had trouble against the NFL’s top echelon, posting a lowly 1-4 record ATS versus teams that made the playoffs.

If this Wild Card matchup feels familiar, that’s because we just saw these two NFC teams go head to head on Christmas Eve. The Vikings narrowly escaped with a 27-24 win thanks to a 61-yard game-winning field goal from K Greg Joseph, but Minnesota will have their hands full once again during Wild Card Weekend. The Giants defense has been steadily improving over the second half of the season and their heavy blitz scheme ranks in the NFL’s top five in pressure rate. That could mean trouble for Vikings QB Kirk Cousins, who’s been known to struggle mightily when dealing with pressure – when facing the blitz this season, the veteran quarterback completed just 56.6% of his passes and posted an ugly YPA of 5.8. If New York can get in his face, we could see the Giants pull off the Wild Card upset.

After last season’s impressive run to the Super Bowl, the Bengals are back in the playoffs and looking to get back to the big game. Cincinnati will face a familiar opponent during Wild Card Weekend as they prepare to host their AFC North Rivals, the Baltimore Ravens. For what it’s worth, there have been 25 divisional matchups during the NFL Playoffs since 2005 and the underdogs have gone 14-10-1 ATS over that time. While that bodes well for the Ravens, they’ll still be in tough against a Bengals squad that went an incredible 12-4 ATS this season and are currently in the midst of an 8-game win streak. Having said all that, the most important detail in this game is the status of Baltimore’s quarterbacks – Lamar Jackson hasn’t played since early December while backup Tyler Huntley has also been dealing with injuries. Keep a close eye on the status of these two players before betting on this one.

#5 – Brady and the Bucs are Home Dogs vs. Dallas

As Buccaneers QB Tom Brady prepares to make a run at yet another Super Bowl championship, the man football fans refer to as ‘The GOAT’ will start things off against the Dallas Cowboys. This seems like a major mismatch on paper, with a 12-win Cowboys team taking on a Bucs squad that went an NFL-worst 4-12-1 ATS this season. In spite of this contrast, it’s not often you get the chance to bet on Tom Brady as a home underdog and we all know he’s at his best come playoff time. If you only take away one thing about this game, let it be this: The Dallas Cowboys have never beaten Brady. Including their Week 1 loss to Tampa at the start of this season, America’s team has an 0-7 record all-time against the NFL’s golden boy.