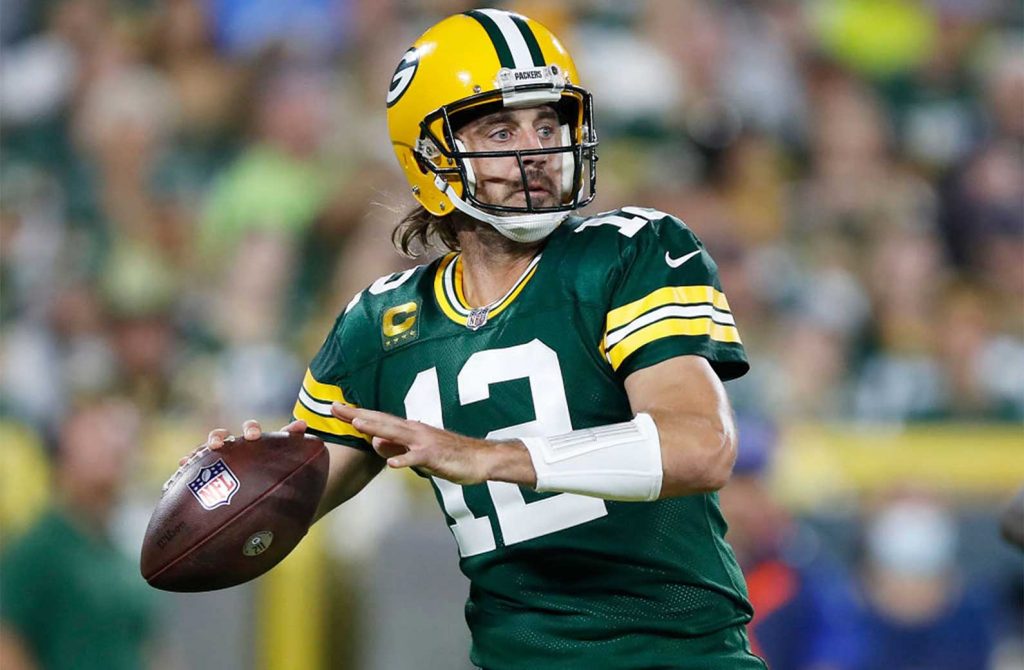 When it comes to betting on NFL football, a team’s performance against the spread (ATS) can tell you a lot about how they are perceived by odds makers. The following power rankings from Bovada Sportsbook highlight the performance of all 32 NFL clubs when factoring in the weekly point spreads.

With an ATS record of 10-2, the Packers have been the best bet so far this NFL season. QB Aaron Rodgers continues to play at an MVP level, most recently leading Green Bay to a huge win over the Rams at Lambeau Field.

The Cards were unable to cover the spread in two of their last four games but are still one of the more reliable teams to bet on this year. Arizona’s Week 12 bye came at a perfect time with QB Kyler Murray and WR DeAndre Hopkins both recovering from injury.

Following a hot start to the season, America’s team has cost many NFL bettors by losing three of their past four games ATS. The Cowboys have a fairly soft schedule in December so you can expect some large point spreads in the weeks to come.

The Patriots are the talk of the NFL betting community, having won six straight games. The strong play of rookie QB Mac Jones combined with New England’s opportunistic defense has led the pats to the NFL’s second-best turnover differential at +10.

You read that correctly, the winless Lions have been the NFL’s fifth-best option when it comes to betting against the spread. Detroit continues to play hard for first-year head coach Dan Campbell with four of their losses coming by less than a field goal.

The Bills have frustrated bettors this season as they alternate between impressive wins and ugly losses. With a potent offensive attack and the NFL’s best scoring defense at 16.5 PPG, the Bills can beat anyone if they play to their potential.

NFL rushing leader Jonathon Taylor has been a force for the Colts, averaging over 100 rushing yards per game and adding his name to the MVP conversation. While Indy has been able to cover the spread against lesser opponents, the Colts have struggled versus the NFL’s elite.

The Titans have battled hard since losing Derrick Henry in Week 8, but the injuries continue to mount with WRs AJ Brown and Julio Jones joining the All-Pro RB on the IR. Tennessee is still in control of the AFC South but is coming off back-to-back losses versus the Texans and Patriots.

There’s nothing ordinary about the Joes in Cincinnati, as QB Joe Burrow and RB Joe Mixon have led the Bengals to impressive wins over the Raiders and Steelers since their bye. Just a game back of the Ravens, the Bengals could be a great bet down the stretch.

Franchise favorite LB Von Miller may be gone, but the Broncos defense have looked sharp as of late with rookie CB Patrick Surtain coming into his own. Denver may not light up the scoreboard on offense but has remained competitive with just 12 giveaways on the year.

The Vikings have had no trouble scoring points but their defense has struggled mightily, leading to several blown leads this season. Minnesota needs to get the job done in close games, as all seven of their losses have been one-possession games.

It’s not often a team starts off 1-7 and still has a shot at the playoffs, but the Dolphins have turned things around and bettors are taking notice. Miami heads into December with four straight wins against the spread.

The Giants have been far from a good team this season, however, they have managed to cover a number of spreads by simply keeping games close. Third-year QB Daniel Jones has done a better job protecting the football and could see a boost from new offensive coordinator Freddie Kitchens.

Betting on this year’s Eagles squad means you’re a believer in Jalen Hurts, as the athletic, young quarterback is the driving force in Philly. The Eagles lead the NFL in rushing at 157.9 rushing yards per game but have been anything but reliable for NFL bettors.

Tampa has a three-game lead in the NFC south but is under .500 when factoring in the weekly point spread. The Bucs got hot around this time last season and we could see it happen again with TE Rob Gronkowski and WR Antonio Brown returning to the lineup.

The Niners endured a rough start to the year but have begun to turn it around as of late, covering the spread in three straight victories. With that being said, this may not be the best time to bet on San Francisco with WR Deebo Samuel and LB Fred Warner set to miss time.

Baltimore is grinding out another run-heavy campaign and while they are sitting pretty in the standings, the team has performed poorly ATS. QB Lamar Jackson is on his way to another 1,000 yard rushing season but needs to get the passing game going to start covering as favorites.

You should always be cautious betting on teams dealing with injuries to several key players and the Saints fit that description. New Orleans will need RB Alvin Kamara back in the lineup for any chance at winning you money.

It could be the end of an era in the great Northwest as Seattle have already lost eight games for the first time in a decade. Franchise QB Russel Wilson looks like a shell of his former self and has yet to cover the spread since returning from injury.

The Chargers have the NFL’s worst run defense, surrendering over 145 yards per game on the ground. Sophomore QB Justin Herbert still looks like the future for Los Angeles but needs to start showing better consistency on the field.

Hopefully you earned a nice payday with the Raiders upset victory over the Cowboys on Thanksgiving Day. Las Vegas have enjoyed an improved pass rush from DE Maxx Crosby and QB Derek Carr continues to lead the league in passing at 310.4 YPG.

Betting on this year’s Falcons team is a risky proposition; QB Matt Ryan looks like his best days are behind him, while the defense is giving up over 27 PPG. The only bright spot for Atlanta is WR/RB Cordarrelle Patterson, who continues to contribute all over for this offense.

Despite being just 2-9 in the NFL standings, the Texans haven’t been that bad from a betting standpoint. Houston is a massive underdog on a near-weekly basis and may cover a few more games with the help of mobile QB Tyrod Taylor.

The Browns began the year as a popular betting pick to win this year’s Super Bowl but things have quickly spiraled out of control. Mercurial WR Odell Beckham Jr. has been shipped out west and QB Baker Mayfield seems to be regressing as of late.

Cam Newton is back at quarterback in Carolina but the results remain the same. Things may only get worse in December as RB Christian McCaffrey is out for the remainder of the season and their defense has looked terrible in recent weeks.

While their 7-4 record in the NFC West has them on their way to a playoff berth, Los Angeles’ ATS record tells another story. Perhaps the odds makers have too much faith in the Rams as they start December in the midst of a three-game losing streak.

The Chiefs are yet another Super Bowl contending team that continues to cost the betting public money. However, while QB Patrick Mahomes and the offense still need work, Kansas City’s defense has improved greatly over the past few weeks.

Last season’s 11-0 start seems like a lifetime ago for Steelers fans, as Pittsburgh could end up going from first to worst in the AFC North. Veteran QB Ben Roethlisberger is no longer the player he once was and the defense is dealing with a number of key injuries.

The tide is starting to turn in the nation’s capital as Washington have now won three straight, covering the spread in each game. The Football Team is still giving up the third-most passing yards per game but QB Taylor Heinicke has made betting on Washington fun once again.

Whether it’s Justin Fields or Andy Dalton at quarterback, the Bears downright stink on offense. Chicago’s defense still has some playmakers but it’s tough to cover spreads when you’re only scoring 17 points per contest.

The Jags provided one of the biggest betting upsets of the season when they took down the Bills in Week 9, but don’t expect that to happen very often. Trevor Lawrence is still figuring things out at quarterback while the defense has managed just six takeaways on the year.

Although they are massive underdogs nearly every week, betting on this year’s Jets team requires serious bravery. New York is a mess in all three phases of the game and owns the league’s worst turnover differential at -15.