Week 1 is in the books – how great is it to have the NFL back on the field? Pretty damn great, we’d say.

We saw players like Patrick Mahomes and Lamar Jackson already in mid-season form, and we already got a good look at fresh faces like Joe Burrow.

Bovada’s Power Rankings for Week 2 are ready to go, as we rank each team’s chances of winning Super Bowl 55. 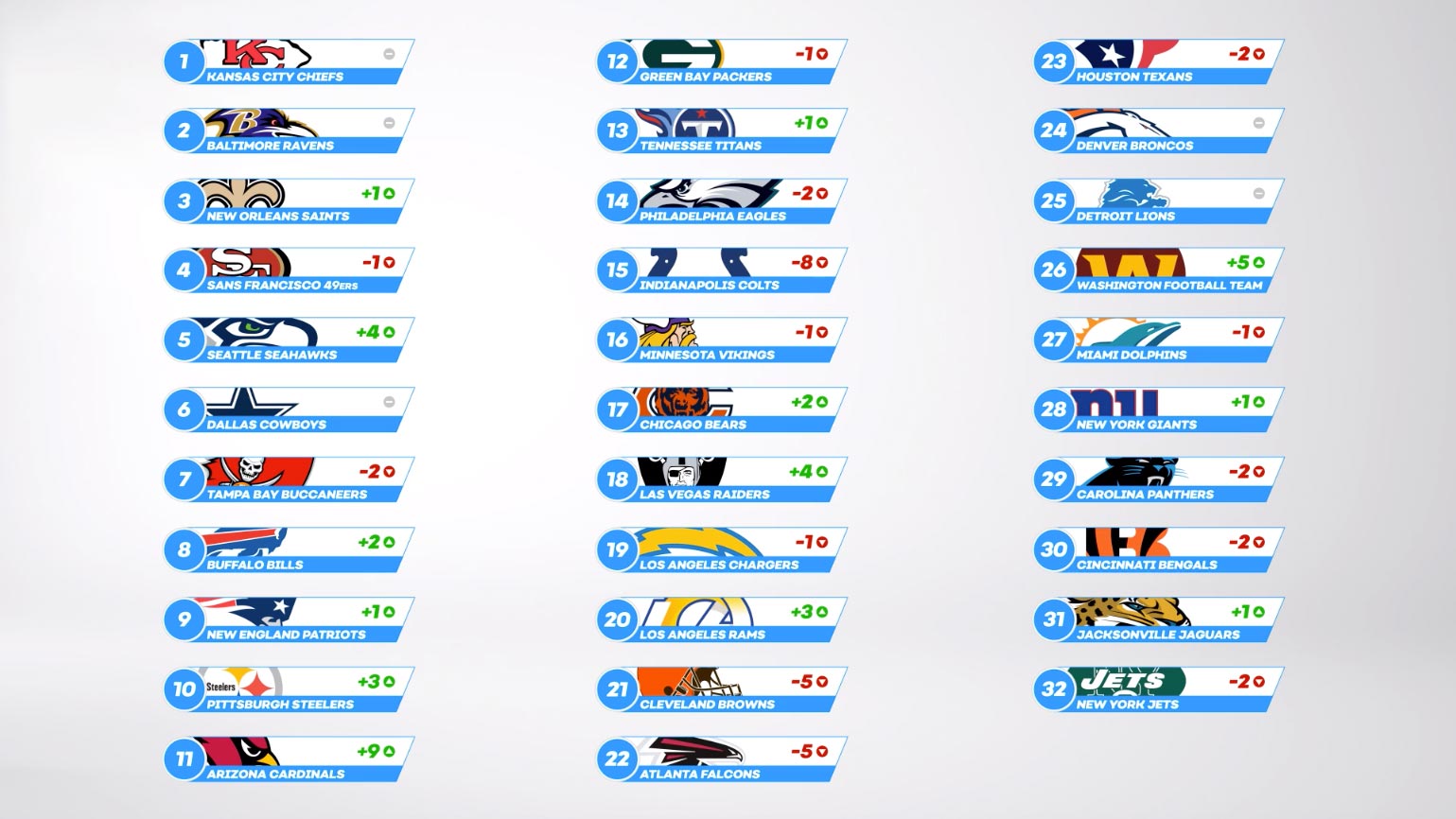 #11 – The Arizona Cardinals (+2000) were this week’s biggest mover, flying up the power rankings thanks to budding star Kyler Murray.
#12 – Green Bay (+2000) is also staying in their Week 1 spot, but with another offensive outburst they might be moving up soon.
#13 – The Tennessee Titans come in at (+2500), after a last-minute win over the Broncos. Talented Tannehill could take them higher.
#14 – Our oddsmakers punished the Philadelphia Eagles (+3000) for their flat opening performance against Washington. Can they rebound?
#15 – The Indianapolis Colts (+3500) tripped up in their opening game against the Jags, so they dropped four spots this week.
#16 – Also getting a demotion this week are the Minnesota Vikings (+4000), who got beat up by the Pack.
#17 – Da Bears (+5000) are a middle of the pack team heading into Week 2 but Chicago QB Mitch Trubisky might be on the rise.
#18 – The Las Vegas Raiders (+5000) squeaked out a win over the Panthers, but they face a tough Week 2 test against the Saints.
#19 – The Los Angeles Rams (+5000) climbed four spots on the strength of their win over the Cowboys. Can they keep it up?
#20 –  The LA Chargers are also (+5000). But they barely beat the Bengals – let’s see if they can get charged up for Week 2.

The NFL is stacked with great young talent like Kyler Murray and Joe Burrow. But the old dogs still have plenty of bite, as players like Aaron Rodgers and Russell Wilson showed in Week 1.

Whether you’re a fan of the young bucks or the savvy vets, Bovada’s Power Rankings will take you through every week of the regular season and into the playoffs.