Frank Gore – Ask Me Anything 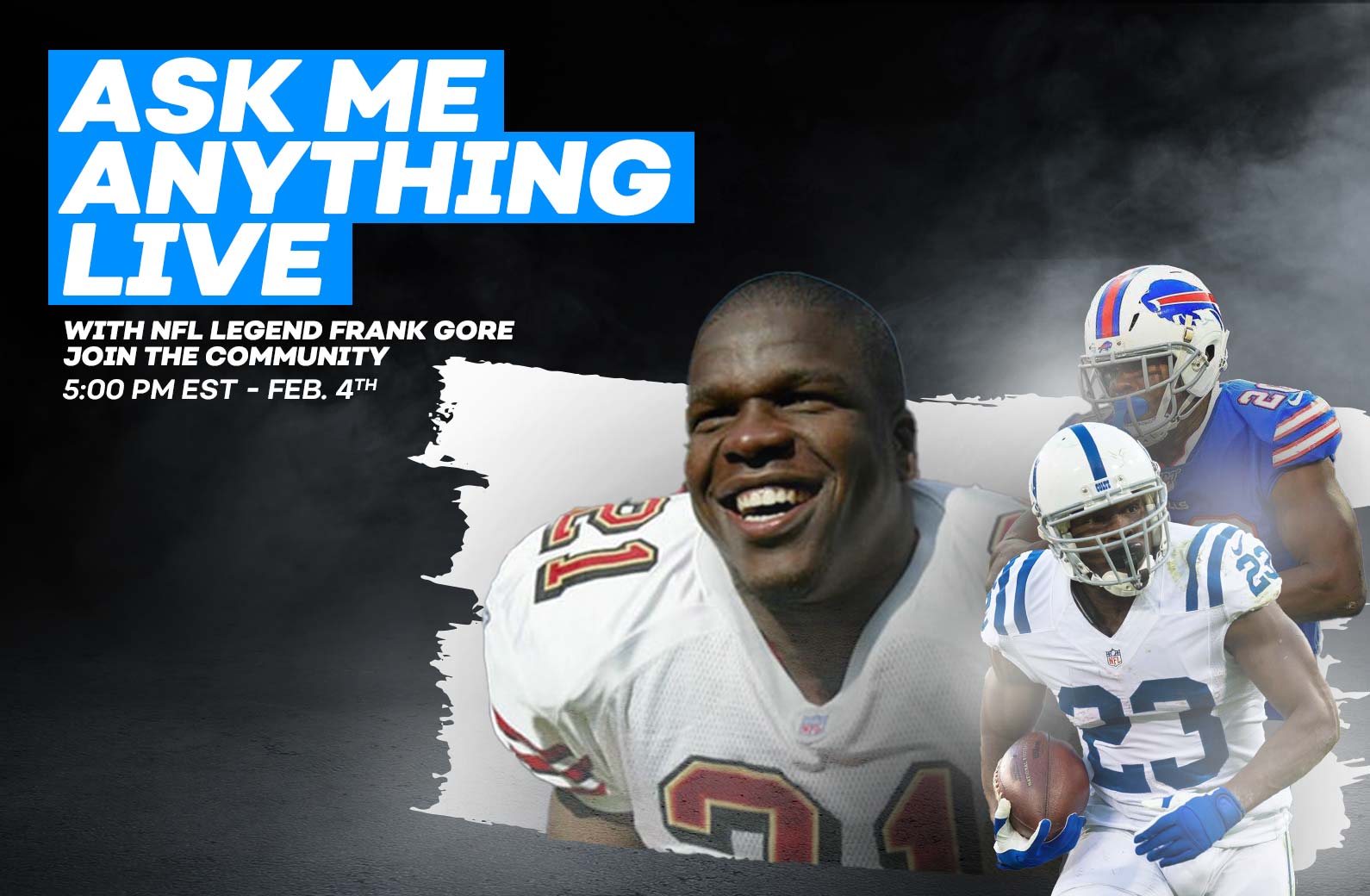 Former NFL Running Back, Frank Gore, joined the Bovada Community to take part in an Ask Me Anything session. From discussing his NFL career to his more recent Boxing debut, Frank answered many of the the questions that you asked! If you missed any of the AMA session, don’t worry… we’ve got you covered as we re-cap all of the questions that he answered.

So you don’t miss out on any future AMAs, and so you can ask your own questions, be sure to sign up to the Bovada Community.

Q: If we are dismissing elite stats from QBs in today’s game because “it’s a passing league” why are you so often overlooked in the GOAT debate when you accrued your rushing stats in a pass first league?

A: I played on a lot of bad teams and gave all I had to make us better!

Q: Who’s the hardest hitter on defense you had to go against in your career?

A: Kam Chancellor of the Seahawks. I still remember his hits!

Q: Who do you think is a better back at this point in their career, you or your son? And a follow up, who is the better Quarterback?

A: Ha, I am the better RB but he is by far the better QB. He needs to keep putting that work in and the sky is the limit!

Q: What was your driving force to excel at the high level you did for so many years in a position as demanding as a running back?

A: Great stats, All those guys drafted ahead of me gave me huge motivation to prove all the doubters and teams that passed on me wrong and that’s exactly what I did my whole career!

Q: You’ve played with some incredible teammates over the years, but if you could only pick one… who would you say has had the biggest impact on your career?

A: I would have to say, Alex Smith.

Q: You played for so long and at an elite level… what was your secret to lasting that long at the running back position?

A: Doubters and working my ass off to prove… whatever people say about you… you do not have to listen to. It is all on YOU!

Q: Was there a specific reason you chose football over all others (Sports)?

A: I fell in love with the game of Football!

Q: Do you think retired professional athletes could do well as sports betting handicappers?

A: Yes, I think former players have a huge advantage, we know the game.

A: It was a great learning experience. I am training right now for my next fight. Boxing is a lot harder than football training but I love every minute of it. I will be ready next time. WATCH!

Q: What is your future plans? (Football or non-football related)

A: Front Office job with the goal of being a GM!

Q: Who do you like in the Super Bowl?

A: If the Niners are not playing, I really do not care.

That covers all the questions and answers from Frank Gore’s AMA with Bovada. If you want to have a read through of all the answers and replies, then head on over to the Frank Gore AMA Thread on the Bovada Forum! Remember to sign up too so you can have your say in the Community!