Ahead of NFL Week 18, Mark Gunnels (@MarkAGunnels) gives us a preview on the Chiefs vs Raiders. 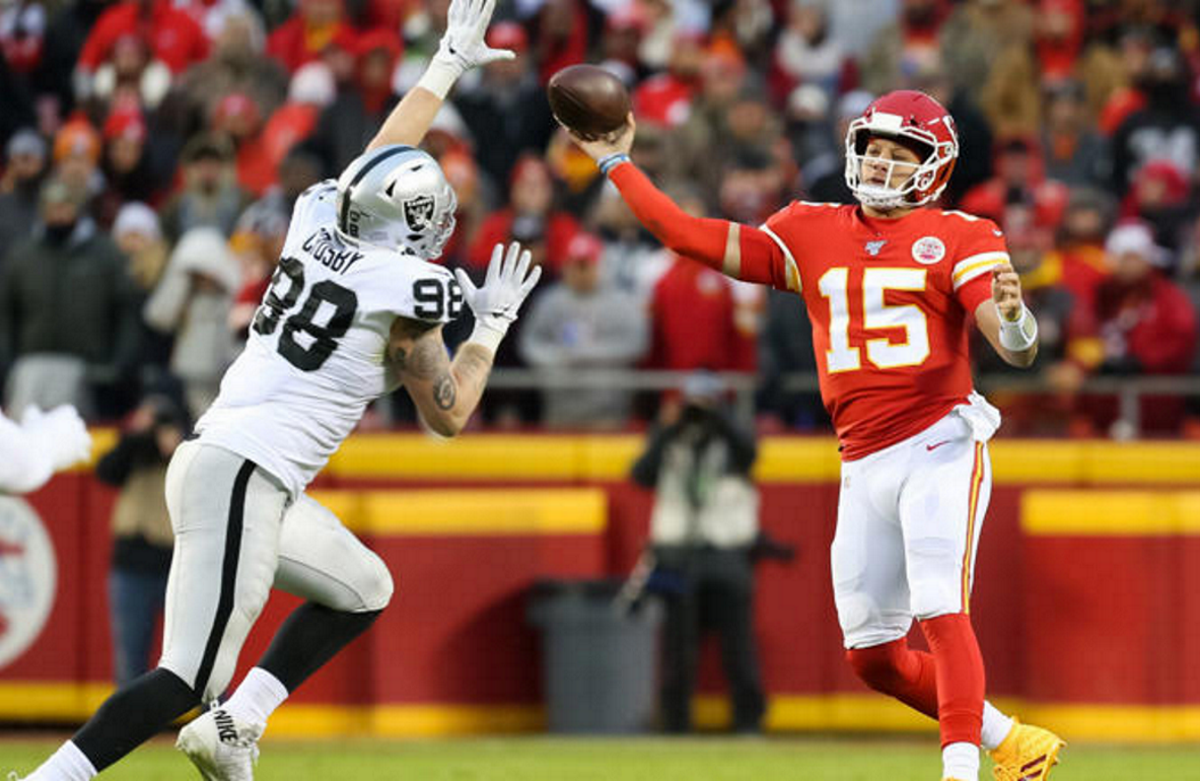 When the schedulers made this a Week 18 matchup, I’m sure they imagined it having playoff implications for both teams. Shoot, they maybe even thought it could’ve decided the AFC West title. Well, neither of those scenarios came to fruition as the Kansas City Chiefs clinched the division weeks ago and the Las Vegas Raiders are mathematically eliminated from playoff contention. Not only that, but one quarterback is the runaway favorite to win MVP in Patrick Mahomes, while Derek Carr was benched for Jarrett Stidham. Talk about two teams heading into completely different directions.

View all of the latest NFL odds at Bovada!

One of the major talking points all off-season was how loaded the AFC West is. Despite trading away Tyreek Hill, the Chiefs still had Patrick Mahomes and Travis Kelce. The Denver Broncos acquired Russell Wilson, the Los Angeles Chargers brought in the likes of Khalil Mack and JC Jackson, and the Raiders arguably made the biggest splash by trading for All-Pro wide receiver Davante Adams.

As we all know by now none of these splash moves changed anything in this division. The Chiefs have clinched it for the seventh consecutive season. Meanwhile, the Broncos have the worst offense in the league and the Raiders will be looking for a new quarterback. Now, the Chargers did clinch a playoff berth, but they were projected by many to win this division. Instead, they’ll be a wildcard team.

This will be the first Chiefs-Raiders game during the Mahomes’ era that Carr won’t be apart of. As I mentioned before, we’ve more than likely seen him play his last game for the silver and black. In his place, Stidham played about as well as you could’ve against the top ranked defense in the league. In his first ever NFL start, Stidham threw for 365 yards to go along with three touchdowns. As an offense, the Raiders put up 34 points, which is the second most anytime all year as garnered against the Niners. Ironically, the only team to score more on the Niners was the Chiefs with 44 points back in their Week 7 contest.

While this game has zero playoff implications for the Raiders, there’s a thing called pride. And with the Chiefs potentially playing for the one seed in the AFC, it would be a nice feeling for Raiders fans to put a dent into those plans. It obviously wouldn’t change how disappointing this season was, but it would be something to build upon heading into the offseason.

On the flip side, it’s been business per usual for the Chiefs. Another AFC West title, another MVP worthy season from Mahomes, and potentially another AFC Championship Game in Kansas City. Despite all the moving parts within the division, people should’ve valued the two most important things, which are the head coach and quarterback. It just so happens the Chiefs by far have the best of each with Andy Reid and Mahomes. The Broncos already fired Nathaniel Hackett, the Chargers still have question marks with Brandon Staley, and the Raiders hired Josh McDaniels who’s already failed once as a head coach.

So, when you look at it from that lens, it was silly to suggest anyone other than the Chiefs would win this division. However, the Chiefs have bigger goals and if they’re able to secure the one seed, the odds of them going back to the Super Bowl dramatically increases to say the least.

Will the Raiders be the spoiler or will the Chiefs finish as the one seed? Let’s dive into the numbers – all markets can be found by heading over to Bovada’s NFL odds page:

The number I’m looking at in this one is the over at 52.0. On the season, both the Chiefs and Raiders have had half of their games hit the over. Nonetheless, if you look at recent trends, it makes the over more enticing. Three of the last four Chiefs games have gone over and two of the last three Raiders games have hit the over.

The aforementioned Stidham made the top defense in the league look vulnerable and with little to no film on him, I expect him to find success against an average Chiefs defense. On the other side, we know what Mahomes can do, and this Raiders secondary leaves little to be desired. Also, it’s important to note Mahomes needs 430 passing yards to break Peyton Manning’s single-season record. With that in mind, I wouldn’t be shocked if Chiefs air it out more than usual. The first time these two teams played, the final score was 30-29. I’m expecting another shootout this time around.