Ahead of NFL Week 14, Mark Gunnels (@MarkAGunnels) gives us a preview on the Chiefs vs Broncos. 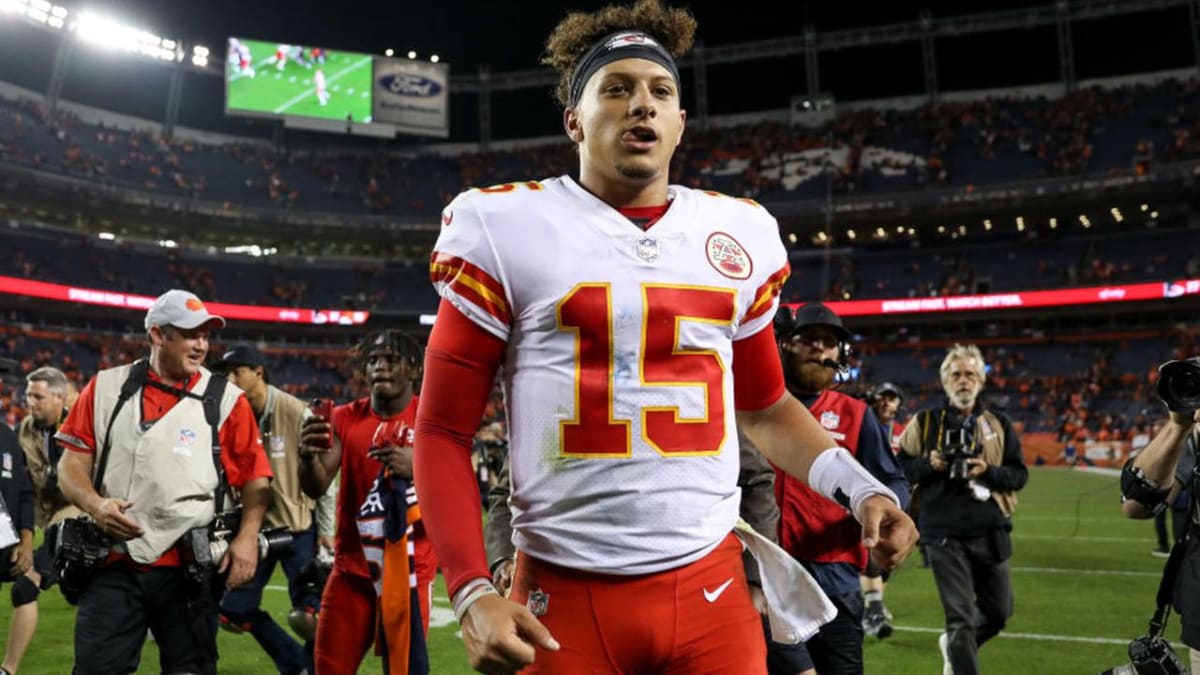 Before the season, this was looked at as a marquee matchup and deservedly so. After all, the Broncos were (7-10) with inept quarterback play from Teddy Bridgewater and Drew Lock. The thinking was they were only a quarterback away because the defense was and still is elite. So, after trading for Russell Wilson, it appeared the Broncos were in position to battle against Patrick Mahomes and company. Well, that hasn’t quite gone as planned thus far, which is why this contest was flexed out of its primetime slot.

View all of the latest NFL odds at Bovada!

Prior to Wilson’s arrival, the AFC West was already stacked at quarterback with Mahomes, Justin Herbert, and Derek Carr. With the addition of Wilson, people were speculating if this could be the most talented division in the history of the NFL. For the future, it’s safe to say Mahomes and Herbert will be around for a long time. I can t confidently say the same about Wilson and Carr.

Not only did the Broncos trade for Wilson, but they also elected to extend him through the 2028 season. The deal is worth $245 million with $165 million of it guaranteed. The kicker is they decided to do this before seeing a single snap from him in a Broncos uniform. There is a potential out in 2026, but that’s still three years from now.

Will Things Get Better?

If you look at the trajectory of Wilson’s career, the easy answer is no.

Wilson showed major regression during his last season in Seattle. He had career-lows in passing yards, rushing yards, and QBR. The most alarming one is the rushing yards because Wilson’s mobility was a major factor in his success. It’s been well documented how Wilson has trouble seeing over the offensive line, which is why it was vital for him to break the pocket and make plays happen off-script. Whether it was to gain yards with his legs or use his legs to make throws on the run.

As we fast forward to now, it’s clear Wilson has lost a step or two. He’s not able to escape sacks and extend plays like he once used to. This is very problematic because when he’s forced to strictly be a pocket passer, he’s not able to take advantage of the middle of the field.

It also doesn’t help that Denver hired a first time head coach in Nathaniel Hackett, who appears to be in over his head. However, he’ll most likely be the scapegoat after the season, but that alone won’t fix the issues at hand.

On the flip side, the Chiefs are coming off a heartbreaking loss to the Cincinnati Bengals. For whatever reason they can’t get over the hump against the reigning AFC Champions. Nonetheless, the Chiefs have no problem beating the Broncos.

Well, the Broncos haven’t defeated the Chiefs since 2015. Yes, you read that right. The Chiefs have won 13 straight games against Denver. The longest streak of all-time is 20 set by the Buffalo Bills against the Miami Dolphins from 1970 to 1979.

This will be the first of two meetings this year.

Can the Chiefs extend the streak to 15 or will the Broncos finally get into the win column against their rival?

Let’s dive into the numbers:

The obvious spot is to look at the total points. Through 12 games, 11 of Denver’s games have gone under, which is 91% of the time. That’s by far the leader in the clubhouse with the Tampa Bay Buccaneers behind them at 83%.

If you need more reassurance, despite the high-flying nature of the Chiefs, over half of their games (58%) have gone under as well.

Having said all of that, I’ll be playing the under here at 44. Best of luck if you’re tailing!

So that you can enjoy NFL betting at Bovada, be sure to create an account today! Once signed up, be sure to claim your crypto sports welcome bonus, to make the most out your first bet. Then, all you need to do is check out all of the NFL odds that are available: spread, total, props, live betting and  more!