Sports > Football > NFL > Can The Miami Dolphins Pull Off A Miracle?

Can The Miami Dolphins Pull Off A Miracle? 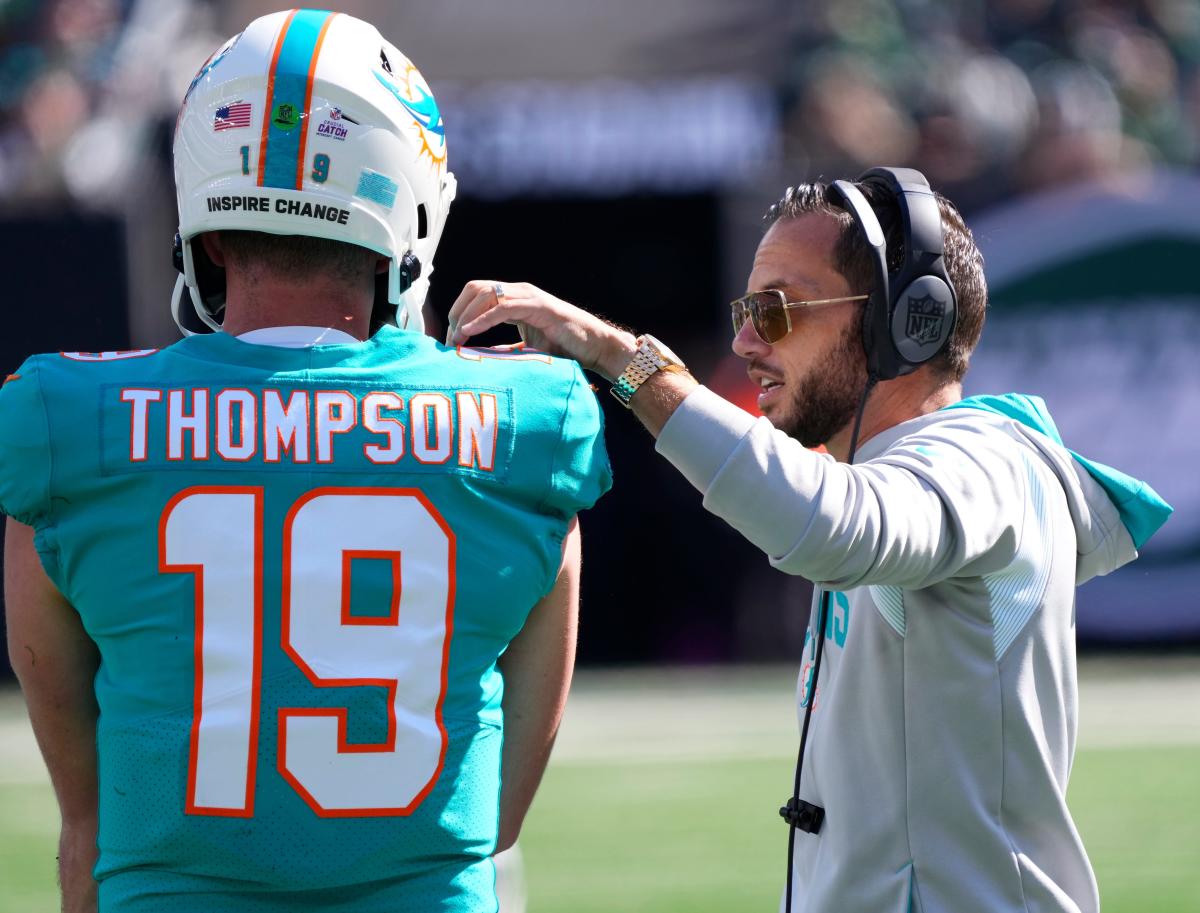 At the beginning of the week, Miami Dolphins fans were feeling good. Finally, the team made it into the postseason for the first time since 2016, and whether they believed it or not, they had an opportunity to do the unthinkable. That is, of course, if the team was able to overcome a plethora of injuries.

It was no secret that Miami was without several offensive linemen – including Pro Bowl left tackle Terron Armstead – and hand injuries to running back Raheem Mostert and EDGE Bradley Chubb don’t help. However, no injury was more critical for Miami’s playoff chances than that of starting quarterback Tua Tagovailoa.

Tagovailoa, as we all know, is recovering from a concussion he suffered during the Christmas Day game vs. the Green Bay Packers back in Week 16. This was Tua’s second (confirmed) concussion of the season. But with many Dolphins fans holding onto a shimmer of hope that their quarterback might play, fate had other plans. Mike McDaniel ruled Tua out Wednesday afternoon, taking the wind out of many fans’ sails.

“As of today, Tua (Tagovailoa) has not been cleared by doctors to resume football activities on the field with his teammates so because of that and because of the time that he’s missed, I can rule him out for Sunday.”

Last week vs. the New York Jets, Thompson completed 20 of 31 passes for 152 yards. He did not throw a touchdown, but he also didn’t turn the ball over and led the team to victory. Something Mike McDaniel said should not go unnoticed during his Wednesday press conference.

“I’m not sure if anyone really understands the gravity of what he was able to accomplish, where he, himself, had started one game previous and then was injured, was out and then didn’t have the routine. I mean, he’s banking on reps that he’s doing individually after practice in the indoor, every single day. Some scout team reps, and then a bunch of stuff from the preseason. So to jump in with a fully operated machine and do it – I’m very aware of the score. But you’re talking about no turnovers, I think one sack… It was no easy test that those who are weak would be exposed immediately. I think he’ll look at it as – probably the way Skylar thinks, he hopes that’s the worst game that he ever plays knowing that everyone has bad games, but you’re trying to build you stuff you learned from, some stuff that he did pretty well, some stuff that I know that he can do a lot better. But the mental fortitude, the composure, that’s something that should be praised because it’s pretty impressive and not easy to do.”

What Can Miami Do To Win?

With Thompson starting, the line at Bovada’s NFL odds has shifted from Miami being 7-point underdogs early on to 13-point underdogs as of Friday afternoon. The over and under is at 43.5 – but many do not like the Dolphins odds. This begs the question; can the Dolphins pull off a miracle? And if so, what must they do to overcome fate and defeat the No.2 seed –the Buffalo Bills — on the road with a rookie 7th-round draft pick?! Well, I’m glad you asked.

In last week’s 11-6 win over the Jets, the Dolphins established the run and committed to it for most of the game; something McDaniel has struggled with this season. But when he relied on the run game in a must-win game vs. the Jets – Miami’s backs combined for for 162 yards on the ground. In fact, in Miami’s last meeting vs. the Bills, they also ran the ball exceptionally well, combining for 188 yards on 25 carries. If the Dolphins want to win this game, they will have to replicate that success – despite the injuries to the offensive line and the lack of a deep passing threat with Thompson at the helm.

Can Jeff Wilson Jr. step up with Raheem Mostert out and channel his inner Lamar Smith? Will Salvon Ahmed replicate his Week 15 success – when he carried the rock six times for 43 yards and a touchdown in Buffalo? I do think they can keep things close if they commit to the run game. But that is a massive “IF.”

Another thing I really want to see out of Miami’s rushing attack is for Skylar Thompson to use his mobility and try to create plays on the ground. During his time at Kansas State, Thompson carried the ball 355 times for 1,087 yards and 26 touchdowns. So that is an area of his game I’d like to see McDaniel take advantage of.

Both Play-callers Need To Call The Game Of Their Life

This may not be groundbreaking news, but defensive coordinator Josh Boyer is fighting for his job in Miami. And despite all the injuries the team has sustained on defense, the Dolphins have some playmakers. Playmakers that need to step up on Sunday if the team stands a fighter’s chance. But to do so, Boyer needs to put them in the right situation – something he has failed to do throughout the year. Can he call the game of his life? I hope so because the Dolphins need to win the turnover battle and contain Josh Allen to stand a snowball’s chance.

It’s not only Boyer that needs to call the game of his life, however. Mike McDaniel, the offensive genius and Miami’s first-year head coach, also needs to call the game of all games. He needs to be creative and use Thompson’s mobility and some of his playmaker’s elite speed to his advantage. Why we have yet to see Hill line up in the backfield and take a handoff – considering he was a running back in college? Maybe, run a few Wildcat plays like it’s 2008? End-arounds and screens? My point is, if you’re starting a rookie quarterback that hasn’t shown he can stretch the field – and doesn’t have much time to drop back behind a banged-up offensive line – make his life easy and get the ball to your playmakers. At all costs.

Mike McDaniel was hired as the next great offensive mind. This is his chance to use his Madden Ultimate Team-like playmakers to his advantage. Even if he doesn’t have his starting quarterback.

I touched on it briefly above, but if the Dolphins have any chance in this game, they need to win the turnover battle. This means Miami’s defense needs to step up and do the one thing they’ve failed to do this season — create turnovers. In years past, Miami would make a game-changing play at least once a game, but this year it has been the opposite, with very few turnover-worthy plays.

In the end, I think the Dolphins will play better than many expect, and I wouldn’t be surprised if they cover the 13-point spread. But no matter how well the defense plays and no matter what Mike McDaniel does offensively, it will likely fall short of whatever the Buffalo Bills bring to the table. Not only do the Bills have fate on their side, but they’re arguably the best team in the AFC. I’m hoping for a miracle, but as even as an optimistic Miami Dolphins fan, this is an uphill battle.

The Dolphins are playing with house money, and it’s Skylar Thompson’s turn to show he has what it takes to be an NFL-caliber quarterback. #InSkylarThompsonWeTrust