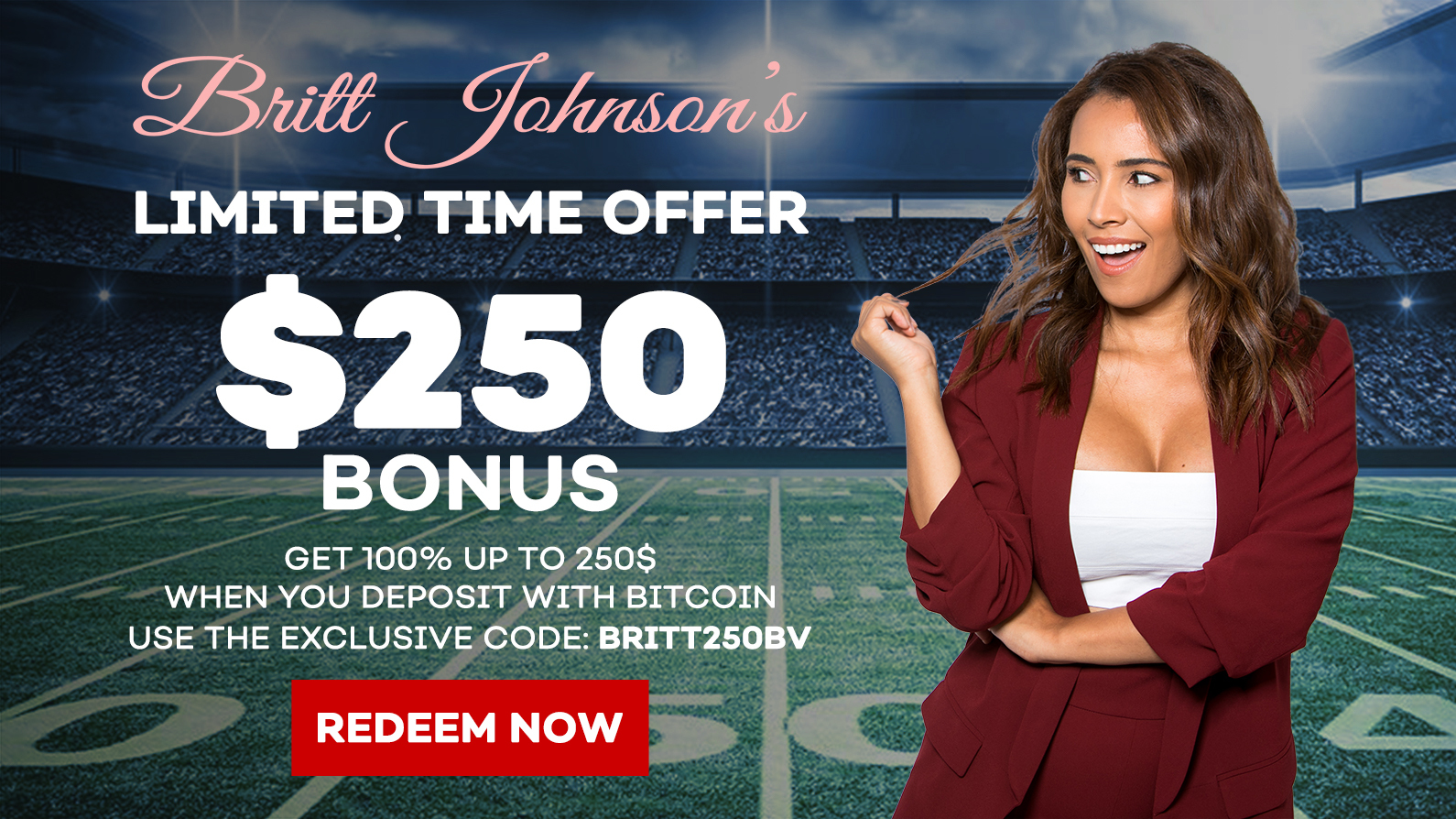 Play now and use the code: BRITT250BV

Football season is here. So happy about this. So today, I am here to give you guys my top 10 bold predictions, in no particular order, for the 2020 NFL season.

Who wins the AFC East

Alright. First, we gotta go with who wins the AFC East now that Brady is gone. For 19 years, the AFC East has been dominated, “dominated” by the Patriots. They have actually won all but 2 divisional titles during this time. Last one they lost was in 2008. So we will see who the new crowned king will be of the AFC East. Well, I believe the Patriots actually will still have a pretty good season without Brady just because their defense is amazing.

I think Cam Newton will have a decent season. In fact, I think they could have a record of 10-6, I would say. But the new champs of the AFC East will be the Buffalo Bills. That’s right. Get excited Bills mafia. Just don’t go throw in any more toys on the field. Okay?

Winner of the NFC South

Okay. Next, we have the winner of the NFC South now that Brady is now there. So now that Brady is in Tampa and playing in NFC South, does that mean he wins the division? No, sorry. Not this year. Sorry, Bucs fans. The champs are going to be the New Orleans Saints. They have the most complete team I believe in the NFC South. I mean, they’re coming off 3 consecutive divisional titles. The last two ended with records of 13-3. I do like Teddy and McCaffrey with D.J. Moore in Carolina but I think they need another season before we see what they really have coming for us.

Next, we have the NFL MVP. Okay, this one is always a fan favorite and usually pretty predictable as in a quarterback is usually going to win it. But who will it be? Well, if Tom Brady has a great season with his new team where he can separate himself from Bill Belichick, does he win? What about the reigning NFL MVP Lamar Jackson? Well, a lot of people are skeptical because of his last season’s playoff run or lack there of a good playoff run. But he could really be ready to redeem himself and prove everybody wrong. Speaking of proving everybody wrong, Dak Prescott will be playing with a chip on his shoulder. The Cowboys had one of the top rated offenses last season and still missed the playoffs and Dak didn’t get his long term delights he was anticipating. He’s playing for the big Bucs right now and with that new head coach and McCarthy and CeeDee Lamb, he could very well deserved that NFL MVP. So I think that’s gonna be my vote for this year. Yes, I said this is about bold predictions everybody.

NFL Defensive Player of the Year

Next, moving forward, we have NFL Defensive Player of the Year. Now, Aaron Donald just got another 99 rating on Madden. I think he knew he was just going to be a legendary 99 rating guy by getting 99 as his jersey number. And really he honestly looks bigger, stronger, and faster than ever coming into this season. And, is definitely going to be a favorite for the award this year. There’s some other contenders though like Khalil Mack and Nick Bosa. But I think I can safely say Aaron Donald will sack that award this season.

NFL Offensive Player of the Year

All right. Next, NFL Offensive Player of the Year. Last season, the coveted award went to Michael Thomas and very well deserved. This season I think it’s going to stay in the NFC South, but I think it’s going to be awarded to Christian McCaffrey. Last year after having over those thousand rushing and receiving yards, it really put him really in a different category, this hybrid conversation of an offensive player. And I think it’s just going to keep getting better and better now that he has Teddy with him as well. So I am going to go with Christian McCaffrey on this award for this season.

NFL Offensive Rookie of the Year

Next, we have NFL Offensive Rookie of the Year. So we don’t know how the athletes are really going to be able to handle the bright lights once they get into the NFL spotlight. But Joe Burrow is I would call a seasoned rookie. By that I mean he’s already been under the bright lights in the big stage. So I think he already knows what it’s like to be a star. He proved it at LSU. And he proved to be a great leader within that organization. So I think if he has a great rookie year, which I think he will with the Bengals, I think he’s clearly going to win the award for NFL Offensive Rookie of the Year.

Will Lamar Jackson fall victim to the Madden cover curse?

All right. My next big prediction this season is going to be off this question, will Lamar Jackson fall victim to the Madden cover curse? Obviously Madden 21 is with Lamar Jackson on the cover. He was NFL MVP last year. He is the cover of Madden this year. The Ravens proved they were invested in their young players after cutting seven time pro bowler Earl Thomas earlier in camp, after he got into a fight with one of the younger teammates. With that said, I think coach Harbaugh and the rest of the team will literally help carry Lamar Jackson if they have to, to the finish line. And, I don’t think the curse is gonna hit him. I think he already suffered enough with his playoff run last year. So I really think he’s just gonna literally play with a chip on his shoulder just like Dak Prescott is and I think he’s gonna kill it this season and the Madden curse will just float right over his head, or at least I hope so.

Coach of the Year

Next, we actually have the Coach of the Year Award. This one, you really never know who it’s going to be. But I think what people are looking to see most, it’s either gonna be Bill Belichick or Mike McCarthy for the Dallas Cowboys. And it really is based on whoever each of them do this season. This is going to be Belichick’s first season without Tom Brady as far as having a winning season as a head coach and a winning career as a head coach. And this is going to be Mike McCarthy’s chance to see what he can do with the Dallas Cowboys. The Dallas Cowboys literally have all the talent in the world right now, especially on that offense. So it would be interesting to see what he does with this team and if he can take this team to another level that Jason Garrett unfortunately cannot. So I pick one of them two, as winning Coach of the Year just based on how their seasons end up turning out.

Alright guys, next, we have Most Overrated Player for this upcoming season. So I’m gonna say, okay, if he can’t get it together, which I hope he does, but if he cannot get it together this season in Cleveland, it’s gonna be Odell Beckham Jr. I think he had to get off a little rest with Baker Mayfield and then just chilling with each other or whatnot. But if he has another season where he does not produce the Odell that we know and love and remember, with that great catch against my Dallas Cowboys, I think at this point, we got to say he’s overrated, right? If he ends up having a good season though, I have a backup. I think it’s gonna be Melvin Gordon. I want to see what he does with this new team. He’s in Denver now. And I think he made a lot of excuses when he was with the Chargers. So we’re gonna see if it changes and he really suits up and plays the football we all know he can play and we’ll see if that happens in Denver. So if Odell Beckham Jr. has a good year, I think Melvin Gordon is going to get Most Overrated Player this season. Sorry, guys.

All right. Next, we have the biggest surprise of the 2020 season. So if you are new to any video that I’ve ever done as a sports journalist, as a commentator, I think this goes without saying, as a Cowboys fan, I’m definitely going to say the biggest surprise of the 2020 season is going to be, the Dallas Cowboys win the Super Bowl. It’s gonna be a surprise especially for me even as a Cowboys fan because I think I’ve said the Dallas Cowboys are gonna win the Super Bowl every year since after the 1995 season. And you guys know what it’s been like being a Cowboys fan for the last 25 years. So yes, my biggest surprise will be the Dallas Cowboys winning the Super Bowl. I think they can do it. But again, I always think they can do it, and then they never do it. So yes, we still do have 5 Super Bowl rings. So we have done it at points. We had 3 Super Bowls in the 90s. So let’s get some in the 2000s. We’re in 2020 now. Come on Dallas Cowboys. I have faith in you guys. 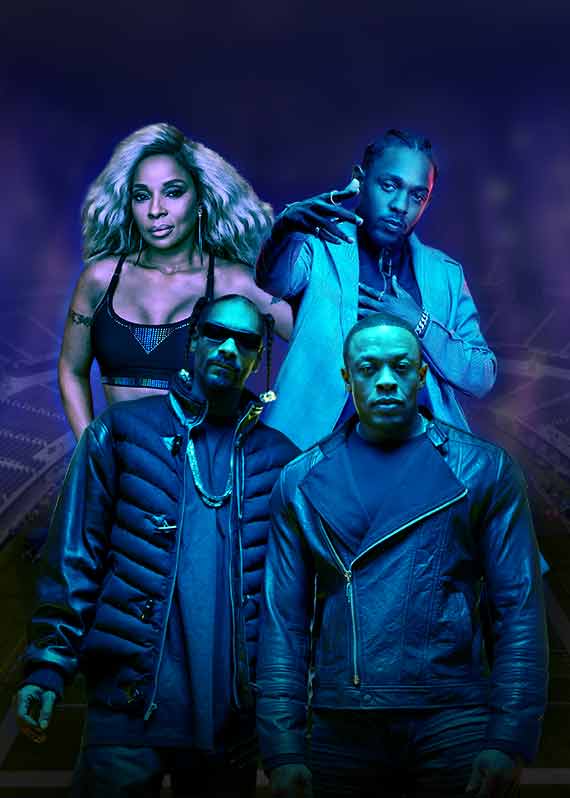 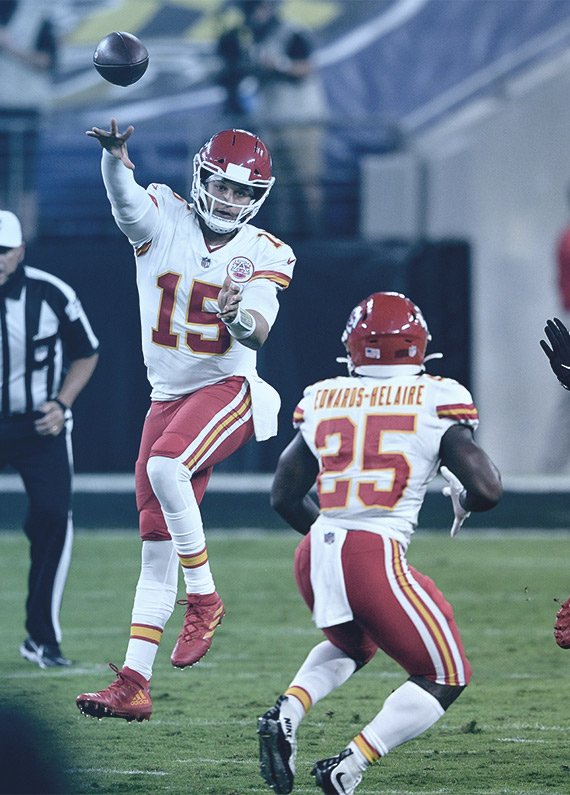 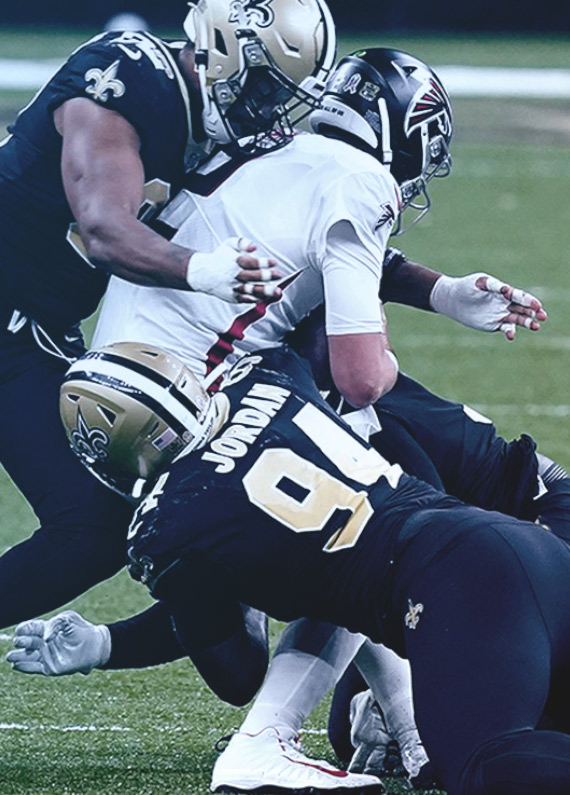 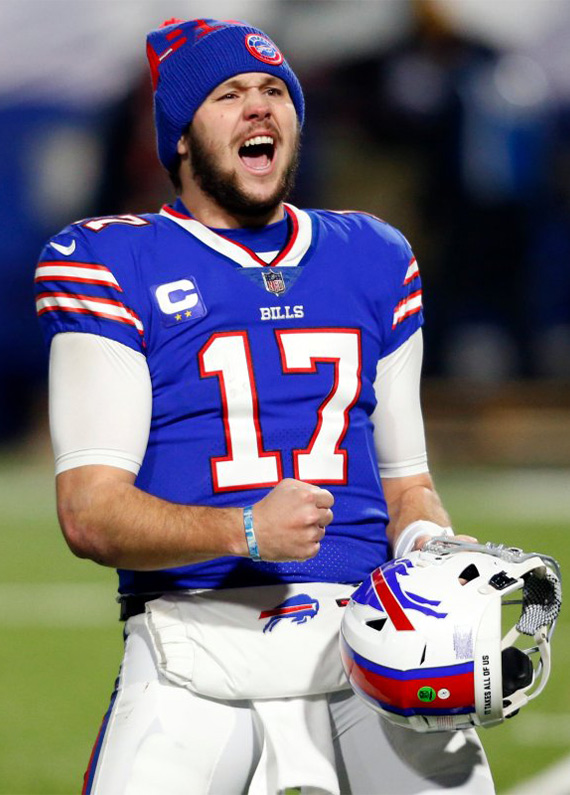