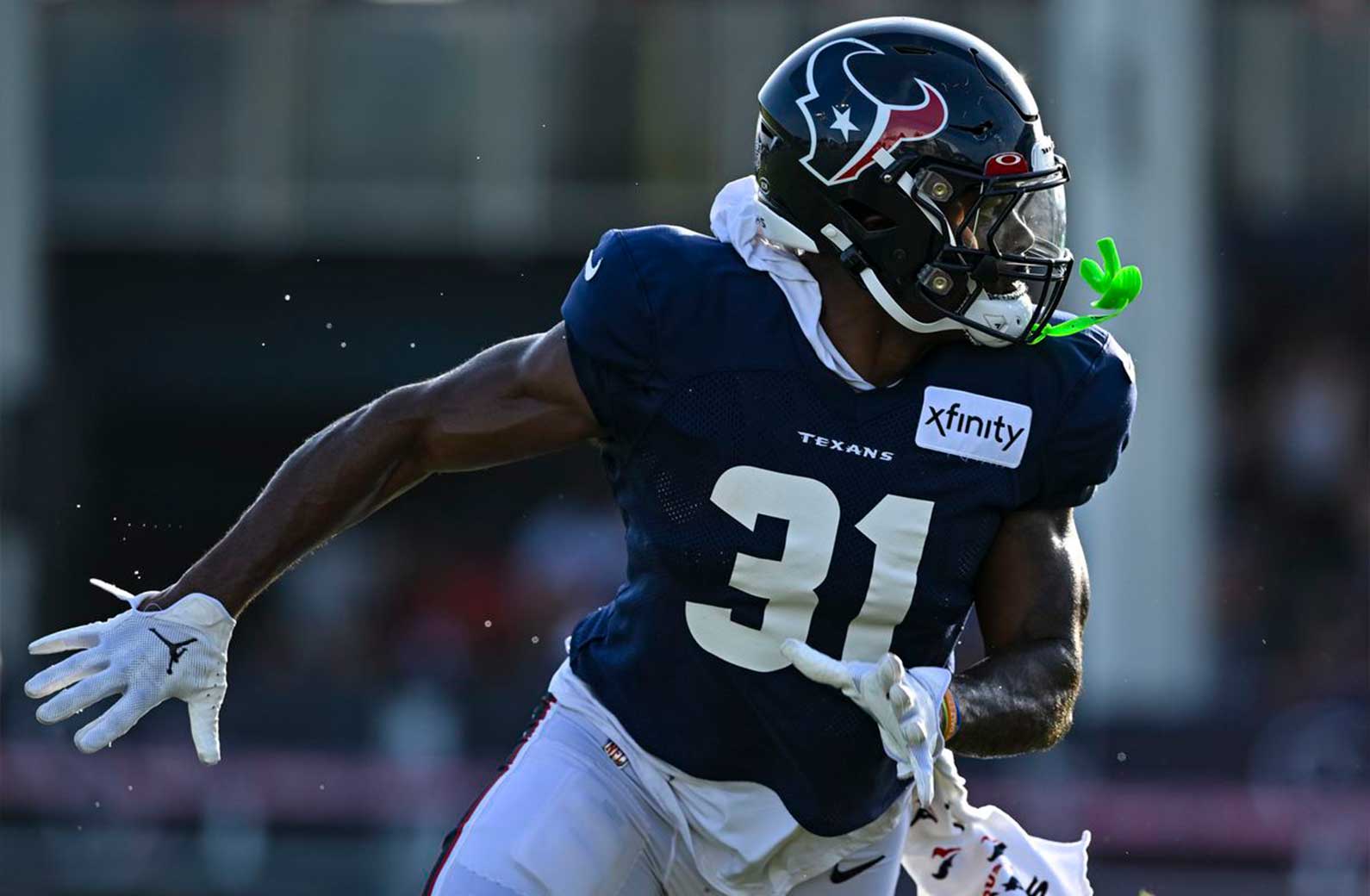 The NFL may be a pass-heavy league, but the importance of having a reliable running back on your roster cannot be overlooked. Today’s backs are asked to do much more than simply carry the ball; from blitz pickups and run-pass options to running routes and catching passes, modern-day backs are expected to do it all.

With the 2022 regular season kicking off on September 8th, NFL teams are busy working on their rushing attack for the year to come. The NFL’s best teams often have a strong running game to support their offense and dominate time of possession. The preseason is the perfect time to scout the league’s best RBs, with many players getting ample opportunity to put their skills on display. We’ve already taken a look at the best QBs of the 2022 preseason, so now let’s take a look at the RBs who performed the best over the course of this year’s preseason.

Following an impressive collegiate career at Alabama, Brian Robinson Jr. appears ready to play in the NFL. Selected in the third round (98th overall) by the Commanders in the 2022 NFL Draft, the rookie has already made an immediate impact in the preseason. Most NFL experts had Antonio Gibson pegged as Washington’s starting running back this season, but Robinson Jr. is making his case for the starting role with a solid showing during this year’s preseason. This positive story took a turn for the worst recently when the rookie was shot multiple times during an attempted robbery, but team officials are optimistic he can return this season.

Now entering his third NFL season, Bills running back Zack Moss appears ready to take on a bigger role in Buffalo’s ground attack. Despite the Bills selecting Georgia running back James Cook in the draft,

Moss has forced the team’s hand by playing great this preseason. Moss averaged 8 yards per carry in the preseason and should provide a nice complement to Bills starter Devin Singletary. Buffalo is one of the betting favorites to win this year’s Super Bowl and Moss has used the preseason to solidify his place in the Bills’ high-powered offense.

The Raiders have a crowded backfield heading into the 2022 season, but that hasn’t stopped rookie Brittain Brown from making the most of his opportunities. Selected by Las Vegas in the seventh round (250th overall), Brown has been a pleasant surprise this preseason. Raiders head coach Josh McDaniels loaded his team up with seven RBs on the training camp roster, yet it’s the Brown who continues to catch the eyes of the coaching staff. While he remains behind veterans Josh Jacobs and Ameer Abdullah on the team’s depth chart, we could see the rookie break out in a big way at some point this season.

A big part of the NFL preseason is capitalizing on your opportunities when they present themselves and that’s exactly what DeeJay Dallas has done over the past few weeks. With longtime Seattle running back Chris Carson now retired and rookie Kenneth Walker III dealing with a potentially serious injury, Dallas was given the chance to take on more reps this preseason. Now in his third year with Seattle, he will likely split carries with both Rashaad Penny and Travis Homer. If Dallas can carry over his strong level of play into the regular season, it’s only a matter of time until he takes over the starting job in Seattle’s run-heavy offense under head coach Pete Carroll.

There wasn’t much fanfare for Dameon Pierce when he was selected by the Texans in the third round (107th overall) of the 2022 NFL Draft this past April. The former Florida Gator made up for that in a hurry this preseason, dominating practice and games with his physical rushing style. Pierce played in the Texans preseason opener, rushing for 49 yards on just 5 carries and displaying the same intensity his teammates witness in practice. While the Texans were expecting veterans Marlon Mack and Rex Burkhead to handle most of the running back duties this season, Pierce’s play during training camp and the preseason has led the coaches to reconsider and he’s now poised to start for Houston in Week 1.

There we have the top 5 best performing RBs of the 2022 NFL preseason. As the 2022 NFL regular season starts on September 8, there’s plenty to be looking forward to, including NFL betting. NFL betting has become extremely popular in recent years and you do it all at Bovada Sportsbook. There’s tons of NFL odds available for you all year round. All you need to do is sign up today to begin betting and winning real money! Once you have an account, you will also be able to play at the best bitcoin casino. With tons of online casino games, like Hot Drop Jackpots and online slots, there’s plenty to enjoy.