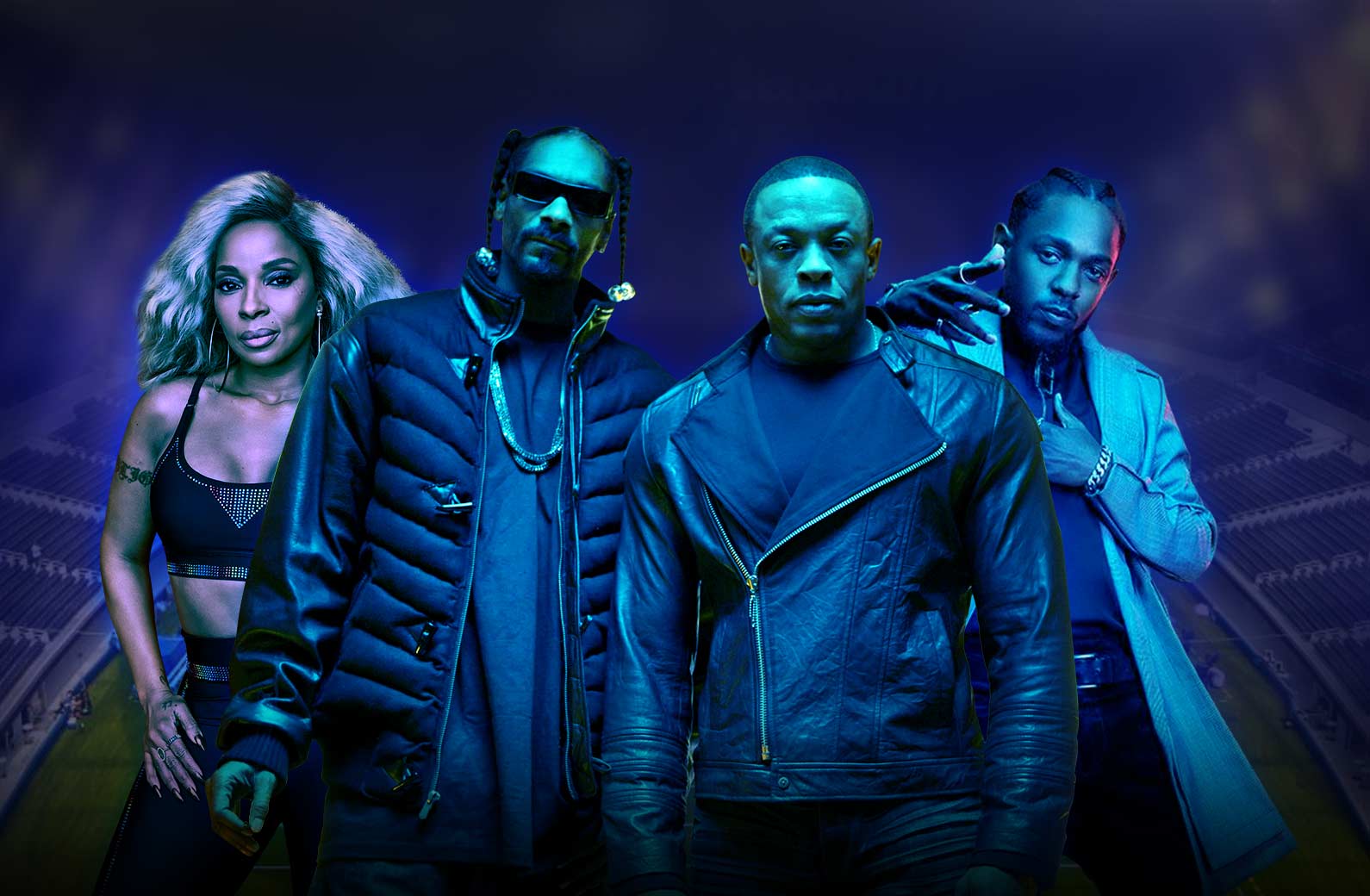 The Super Bowl halftime show has come a long way over the years; what once began as modest performance has grown into massive celebration, complete with pyrotechnics, special effects and a star-studded lineup of recording artists performing for millions of fans around the world. Just have a look at the incredible acts that have headlined the Super Bowl show over the past 10 years:

The 2022 Super Bowl will be no different, as the NFL has plans for an incredible show. While many people are focused on the game and studying the Super Bowl betting odds at Bovada, this article will walk you through what to expect at the halftime show.

Who Is Performing at The Super Bowl?

This year’s Super Bowl halftime show will have no fewer than five legendary artists taking the stage for what is sure to be an epic performance for the ages. Hip-hop fans are in for a treat as Snoop Dogg, Dr. Dre, Eminem, Kendrick Lamar and Mary J. Blige are all set to perform together at this year’s show. You’re most likely familiar with all five of these famous artists, but just in case, let’s make sure you know what to expect from this year’s Super Bowl halftime show performance.

Snoop Dogg has been an icon in the rap game for nearly 30 years, releasing 18 albums over that time and giving us countless hits like “Gin and Juice”, “Nuthin’ but a ‘G’ Thang” and “Drop It Like It’s Hot”. Snoop is also a massive football fan, so you can be sure he’s excited to perform at the Super Bowl.

While his performing career got started back in the mid 80’s, the rapper/producer continues to dominate the music industry. On top of being a legend in the hip-hop game, Dr. Dre is also the founder and CEO of Aftermath Entertainment and Beats headphones.

As one of the best known rappers in the world, the Detroit rapper has won 15 Grammy Awards over the years, as well as an Oscar for Best Original Song with the 2003 hit “Lose Yourself”. With the reclusive star having stayed out of the public eye for much of the past decade, his presence on stage should be memorable.

As the youngest of the five stars headlining this year’s halftime show, the 34-years-old rapper has already won 13 Grammy Awards. He also became the first rap artist to ever win the Pulitzer Prize for Music when he took home the prestigious award in 2018 with his album “DAMN”.

Known for her incredible voice and catchy hooks, Mary J. Blige has enjoyed an incredible career as a performing artist. Often referred to as the “Queen of Hip-Hop Soul”, Mary J. Blige has won 9 Grammy Awards and is credited with bringing a mix of R&B and rap music to the forefront of the music industry.

Looking for the latest Super Bowl odds and insights? Then you are in the right place as Bovada Sportsbook has it all. With Bovada Sportsbook, you can find all of the Super Bowl 56 betting markets you need. There are a range of Super Bowl halftime show bets available for you to enjoy too.