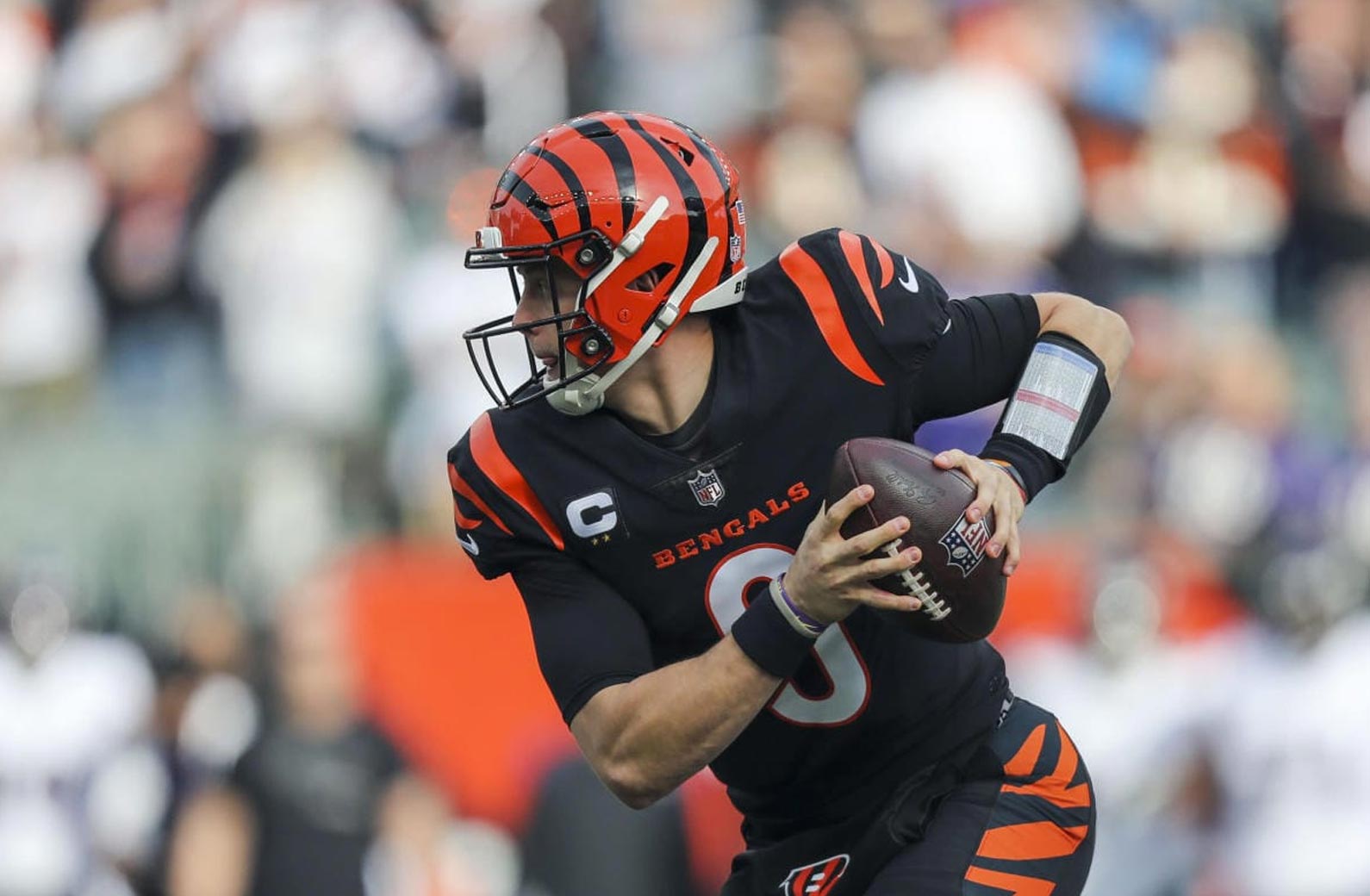 The NFL put on quite a show this past weekend with four wildly entertaining Divisional Round playoff games. Despite home-field advantage and a first-round bye, the top-seeds in both the AFC and NFC are out of the playoffs following last weekend’s action. Looking ahead to this week, both conference championship games feature excellent betting matchups. Be sure to have a look at Bovada Sportsbook’s Championship games odds including point spreads, game totals, moneyline odds, props and more. Before placing any bets, let’s take a closer look at the four remaining teams and see where they stand leading up to Sunday’s conference championship action.

The future is looking bright in Cincinnati. Led by franchise quarterback Joe Burrow, the Bengals are preparing for their first AFC championship game since 1988. Burrow guided Cincinnati to its first playoff win in 31 years and followed that up by going into Tennessee the following week and leading the Bengals to their first road playoff win in franchise history. It looks like Burrow’s cigar smoking swagger has rubbed off on his Cincinnati teammates as the Bengals are rolling on all cylinders and playing some really good football. The team has no shortage of weapons on the offense, starting with a dangerous trio of receiver’s in Ja’Marr Chase, Tee Higgins and Tyler Boyd. All three players can make plays down the field, but Chase in particular has the ability to break a game open at any time with his elusive moves and blazing speed. Cincinnati running back, Joe Mixon, has flown somewhat under the radar so far these playoffs, but his ability to catch passes out of the backfield forces the opposing defenses to account for his unique skill set. Even Bengals tight end C.J. Uzomah has come on as of late, putting up 14 catches, 125 yards and a touchdown over Cincinnati’s first two playoff games. Cincinnati’s defense has also been a big part of this playoff run. The team’s starting defensive ends, Sam Hubbard and Trey Hendrickson, have been a force on the line, while the secondary has enjoyed excellent play from safeties Vonn Bell and Jessie Bates.

In Kansas City, the expectations are sky high following an epic victory over the Bills. The Chiefs have already made history by becoming the first team to host four consecutive AFC Championship games, but this team is focused on winning the Super Bowl. Kansas City quarterback Patrick Mahomes has been red-hot these playoffs with 782 passing yards and 8 touchdowns through just two games. The Chiefs have also benefited from a revitalized rushing attack led by Clyde Edwards-Helaire and Jerick McKinnon. Combine that with Travis Kelce at tight end and the lightning-quick Tyreek Hill at receiver, it’s hard to imagine any team putting a stop to this offense. While we saw that Kansas City’s defense can be penetrated during last week’s showdown with the Bills, the stop unit is still respectable. The strength of this defense is on the front line, where defensive ends Chris Jones and Frank Clark terrorize opposing quarterbacks. Before betting on this game at Bovada, keep an eye on the status of safety Tyrann Mathieu, who suffered a concussion during last Sunday’s game.

With last week’s upset victory over the Packers, San Francisco became just the seventh team to make it to a conference championship game as a 6-seed. Unlike the other three teams left standing in this year’s NFL playoffs, the 49ers quarterback play has been less of a strength and more of a liability. Veteran quarterback Joe Garoppolo has looked shaky at best, completing just 61% of his passes while throwing zero touchdowns and two interceptions over his first two games of the postseason. The real strength of this offense lies with their ground attack; the 49ers put up the seventh-most rushing yards per game during the regular season and those numbers have only increased during the playoffs. Starting running-back Elijah Mitchell has been a big part of that success and so has receiver Deebo Samuel, who already has nine rushing touchdowns on the year. Add all of that to a powerful offensive line, as well as one of the NFL’s best blocking tight ends in George Kittle, and you have an offense that can win the battle in the trenches and dominate time of possession. San Francisco also owns a strong defensive unit, giving up the third-fewest total yards during the NFL’s regular season. They can get after the quarterback consistently with defensive ends Nick Bosa and Arik Armstead, while linebacker Fred Warner has been one of the best defensive players in the league over the past few years.

Los Angeles is just one win away from playing in the Super Bowl on their home field at SoFi Stadium. The Rams made it clear that they were all-in on a Super Bowl run by making a number of big name acquisitions since last season, including quarterback Matthew Stafford and linebacker Von Miller. Stafford had been struggling over the final few games of the season but the veteran has been excellent in the playoffs, throwing four touchdowns with zero interceptions and a 131.5 QBR over the first two games. Los Angeles has a potent aerial attack with the likes of Cooper Kupp, Odell Beckham Jr, Van Jefferson and Tyler Higbee. We’re also seeing an impressive comeback from Cam Akers, as the powerful running back was injured in training camp but returned just in time for the NFL playoffs. The Rams have just as much star power on defense, starting with All-Pro defensive lineman Aaron Donald. As Donald attracts double and even triple-teams, it opens up holes for other pass rushers like Leonard Floyd and Von Miller. Combine that pass rush with All-Pro cornerback Jalen Ramsey and you have a defense that can cause a lot of chaos on the field.

Be sure to keep checking back to Bovada’s Super Bowl Odds page to keep an eye on any changes to the betting markets for this year’s big game. If you are looking to place a bet on the AFC and/or NFC Championship Games this weekend, then Bovada Sportsbook is your answer.