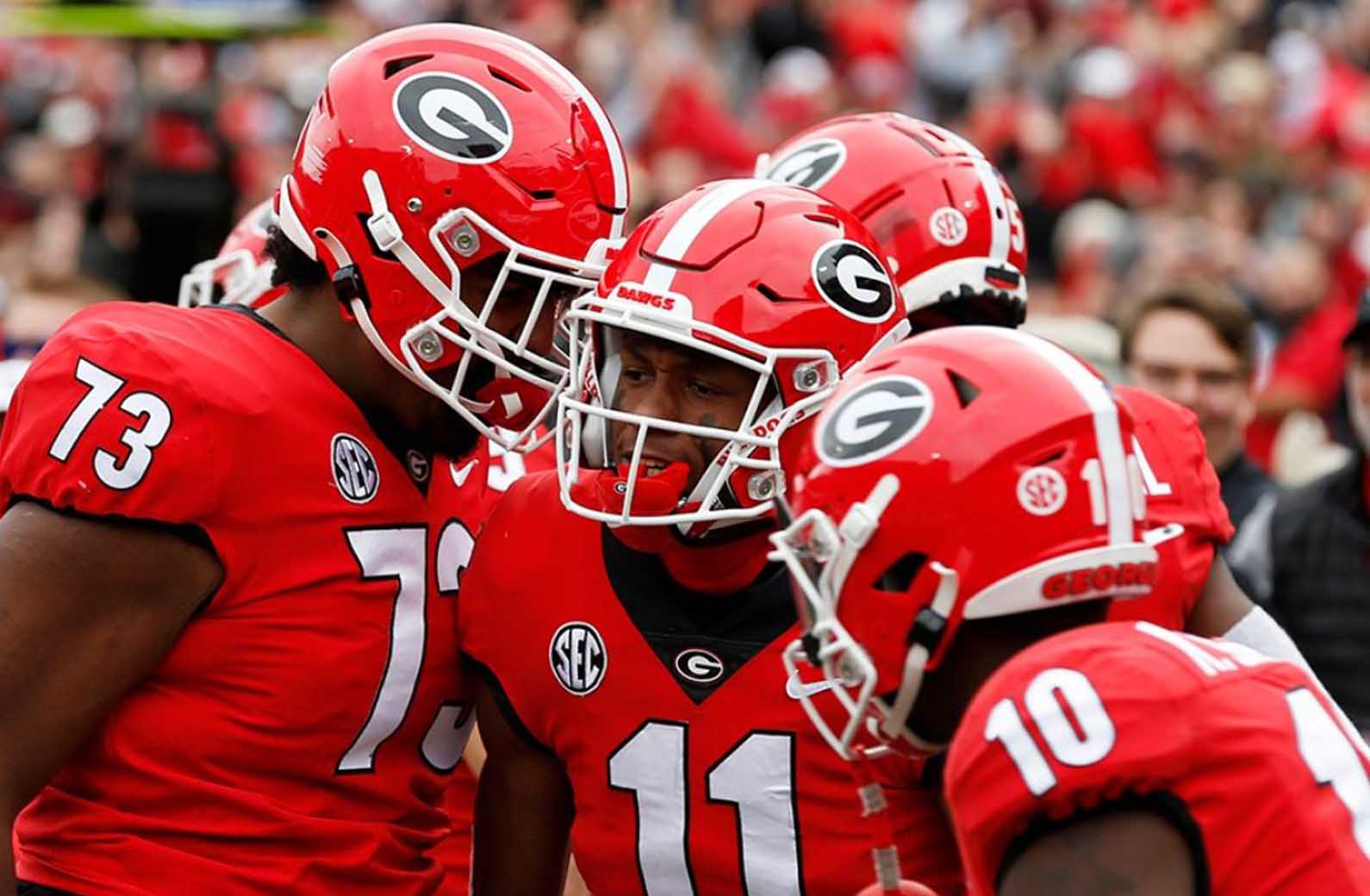 We’re just two weeks into the NCAA college football season and there’s already been some huge betting upsets across the country. This past Saturday featured a number of shocking outcomes, leading to a major reshuffling in the AP Top 25 rankings. The defending national champion Georgia Bulldogs have surpassed Alabama for No. 1 spot in the rankings, while the Fighting Irish fell out of the Top 25 for the first time since September 2017.  The Sun Belt Conference played a major role in last week’s surprising action as both Marshall and Appalachian State knocked off a pair of top 10 programs in Notre Dame and Texas A&M, respectively.

Each game plays a major role in determining a team’s betting odds to win this year’s NCAAF National Championship, so it’s important to follow all of the action throughout the college football season. Bovada Sportsbook has championship betting odds on nearly every college football team in the nation, allowing you to put some money down for the chance to win a huge payout at the end of the year. Here’s a quick look at the top 10 teams in the country based on the latest rankings, alongside their NCAAF Championship odds.

The Razorbacks improved to 2-0 on the season with a 44-30 conference win over South Carolina this past Saturday. Combined with their opening victory over 23rd-ranked Cincinnati, Arkansas has crawled its way into the AP Top 10. The Razorbacks are led by sophomore running back Rocket Sanders, who went off to the tune of 156 rushing yards and two touchdowns against the Gamecocks. It wasn’t all great news for Arkansas however, as the team confirmed that preseason All-SEC safety Jalen Catalon will miss the rest of the year.

Building on their 10-3 record in 2021, the Kentucky Wildcats are once again in the mix while playing in the ultra-competitive SEC. Kentucky is now 2-0 (1-0 in conference play) following last week’s big win over the Florida Gators. Despite trailing going into halftime, the Wildcats came out of the Swamp with the victory thanks to a strong showing by the defense. With star running back Chris Rodriguez Jr. set to make his season debut in October, expect this team to continue rising up the rankings.

The Cowboys are also 2-0 to start the college football season, as the team cruised to easy wins over Central Michigan and Arizona State. Senior quarterback Spencer Sanders has already accounted for 10 touchdowns through the team’s first 2 games and has the offense clicking early. While there may have been some concern about the defense after they gave up 546 yards in the season opener, Oklahoma State responded by surrendering just 17 points and 254 total yards in their last game.

USC is 2-0 on the season and last week’s 41-28 win over Rice has them at No. 7 in the country, their highest ranking in nearly five years. Star quarterback Caleb Williams has lived up to the hype since transferring from Oklahoma, while the defense has looked good racking up the third-most sacks (9) in all of college football. Based on their current betting odds to win this year’s National Championship, it looks like NCAAF odds makers see a lot of potential in this Trojans squad.

The Sooners moved up a spot in the AP rankings following their crushing 33-3 win over Kent, improving their overall record to 2-0 with a pair of non-conference victories. Oklahoma’s championship aspirations are tied to junior quarterback Dillon Gabriel, whose name is in the running for this year’s Heisman Trophy. With solid depth on both sides of the ball, the Sooners could be a good bet to win it all this season.

The Tigers are now 2-0 on the year with wins over Georgia Tech and Furman. Clemson has a talented quarterback in DJ Uiagalelei and one of the better coaches in college football with Dabo Swinney. This team will have some stiffer tests down the road against the likes of NC State, Notre Dame and Miami, but for now they’ll look to win their next game at home in Death Valley versus Louisiana Tech on September 17.

Jim Harbaugh’s Wolverines appear ready for another championship run, having scored a whopping 107 points while giving up just 17 over their first two wins of the campaign. While there’s been a bit of drama at the quarterback position, Harbaugh has already named sophomore JJ McCarthy the Week 3 starter over incumbent Cade McNamara. Michigan may not have a very impressive non-conference schedule, but could still make it back to the College Football Playoffs by taking care of business in the Big Ten.

After starting the season with a huge win over Notre Dame, the Buckeyes followed that up with another non-conference victory over Arkansas State. All eyes are on Ohio State quarterback CJ Stroud as the NFL prospect is currently the betting favorite to win this year’s Heisman Trophy. Despite some recent injuries at the wide receiver position, the Buckeyes could have a new star receiver on their hands after Marvin Harrison Jr. went off for 7 catches, 184 yards and three touchdowns last week.

It was an intense week for Alabama as the Crimson Tide needed a miraculous comeback to earn the 1-point victory over Texas. While Nick Saban’s squad improved to 2-0 on the year, the close call dropped them down to the No. 2 rankings. Before you feel too bad for them, keep in mind that Alabama is still the betting favorite to win this year’s National Championship and could have a back-to-back Heisman Trophy winner in QB Bryce Young.

It didn’t take long for college football’s defending champs to reclaim top spot in the nation as Georgia is back at No. 1 in the AP Top 25 rankings. After obliterating the 11th-ranked Oregon Ducks in their season opener, Georgia kept it going by shutting out Samford 33-0. It’s never easy to defend a National Championship, but this team could have what it takes to win back-to-back NCAAF titles.

There we have the current NCAAF top 10 rankings. For those looking to place indulge in some college football betting, you have come to the right place. With Bovada’s online sportsbook, you can find tons of NCAAF betting markets: spreads, moneyline, props, futures and more. So that you can enjoy all of these markets and odds, be sure to sign up to Bovada today. Once you create an account, not only can you enjoy online sports betting, you can also start playing all of our thrilling online casino games and hit our online poker tables.