After the National Championship game between Georgia Bulldogs and TCU Horned Frogs, Mark Gunnels takes at look forward to the next NCAAF season. 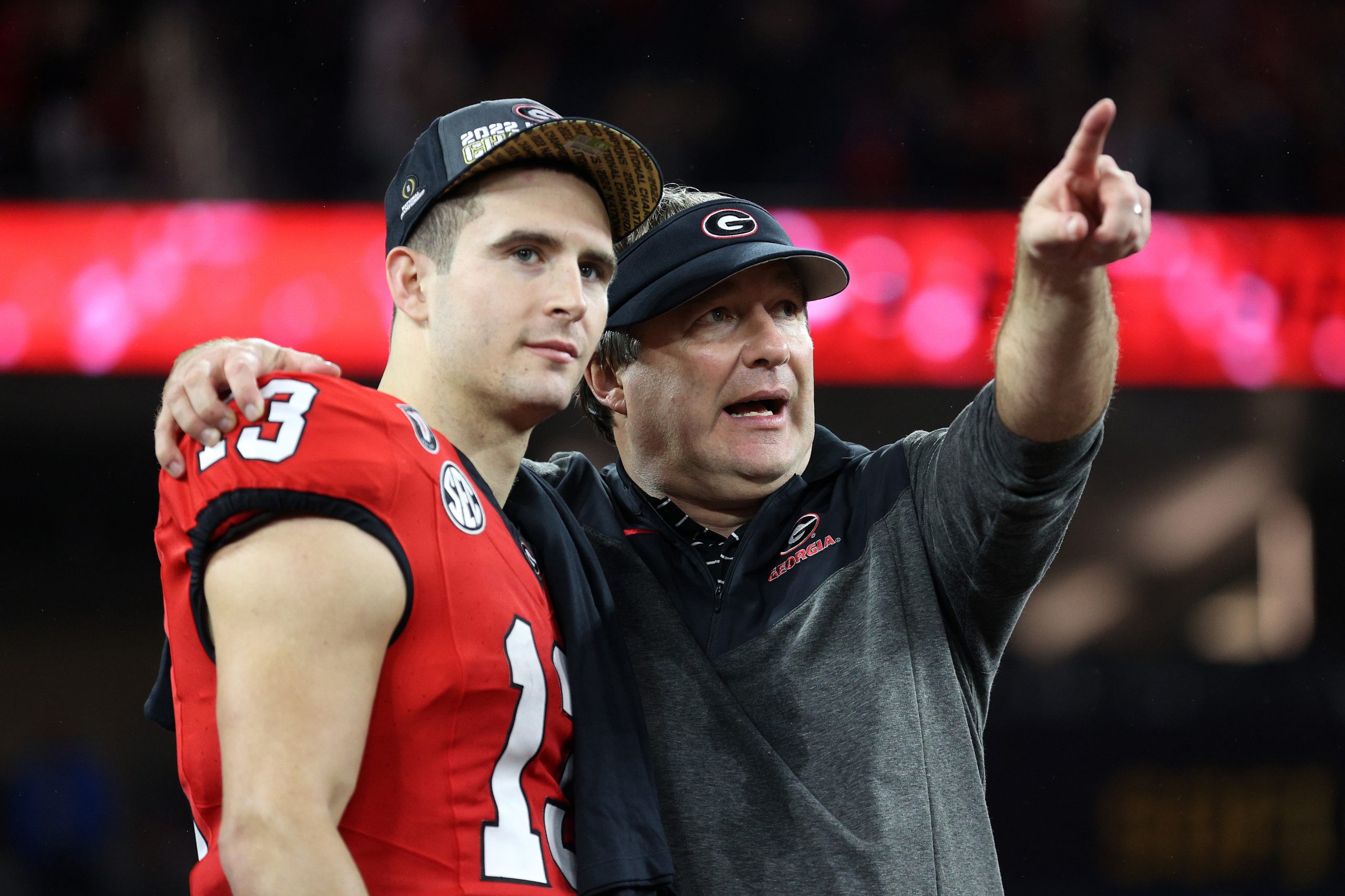 It’s hard to believe the college football season is over, but here we are. It was a different season, but it ended with the exact same result as last year and that’s with the Georgia Bulldogs hoisting the National Championship trophy.Despite losing several key players from last season with five of them going in the first round, the Bulldogs were still one of the top betting favorites to win it all. That’s what happens when you have a leader at the helm such as Kirby Smart who’s able to bring in elite talent year in and year out.

No matter what recruiting site you choose to use, Georgia had a consensus top 3 recruiting class. When you’re able to keep stacking top 3 classes, it sets you up for long-term success, especially when you can’t leave for the pros after one or two years like basketball. And it doesn’t stop because the Bulldogs are bringing in another top three class in 2023. This program doesn’t rebuild, they just reload.

On the flip side, the TCU Horned Frogs were projected to finish 7th in the Big 12 preseason poll. Well, it’s safe to say the experts completely missed on this one. Heading into the National Championship Game, the Horned Frogs were 13-1 with their only loss coming at the hands of the Kansas State Wildcats.

Now, after getting demolished to the tune of 65-7, you’re starting to see a ton of overreaction to who TCU is as a program. I already told you what people thought of them before the year and when you look at their 2022 recruiting class, it was barely ranked in the top 50.

So, when you couple all those things together, it’s rather remarkable that head coach Sonny Dykes was able to accomplish this much in year one. Especially when you consider he had to follow up what Gary Patterson built over 22 years in Fort Worth. TCU’s 2023 class is ranked in the top 20, which shows how quickly Dykes is taking the program to the next level.

Don’t let TCU’s underwhelming National Championship performance cloud your judgement on what they are moving forward. After all, there’s a very good chance Georgia three-peat next season. As of right now, Georgia is the favorite next year at +300. Followed by Ohio State at 700+, Alabama at +700, Michigan at +800 and USC rounds out the top five at +1200.

View all the latest NCAAF odds at Bovada!

Going into the game, Georgia was -13.5-point favorites, so there was a clear expectation that the Bulldogs would end up as repeat champions.

The next step for several players involved in this game is the NFL Draft process. Stetson Bennett, who threw for over 300 yards with six total touchdowns against TCU, will be a major talking point. Depending on who you talk to, Bennett could play his way into being an NFL starter or he’s just merely a career backup. Also, standout defensive lineman, Jalen Carter, is expected to go number one overall to the Chicago Bears. As I mentioned before, Georgia had five first rounds last year and they might do it again this year with guys like Broderick Jones, Kelee Ringo, and Nolan Smith as coveted prospects.

Meanwhile, TCU’s best prospect, Quentin Johnston, is projected to be the first wide receiver taken in the draft. Unfortunately, he was taken out of the game against Georgia. Johnston finished with only one catch for three yards.

What about Max Duggan?

This was a prime opportunity for Duggan to silence all the critics, but things didn’t go as planned. The Heisman finalist finished with 152 passing yards and two interceptions. It was clear Duggan wasn’t used to the speed and physicality of Georgia’s defense.

At the end of the day, Duggan will get drafted, but it’s just a matter of when at this point. Most mocks have him going in the third round. It’ll be interesting to see how much this dud performance hurts his stock, if at all.