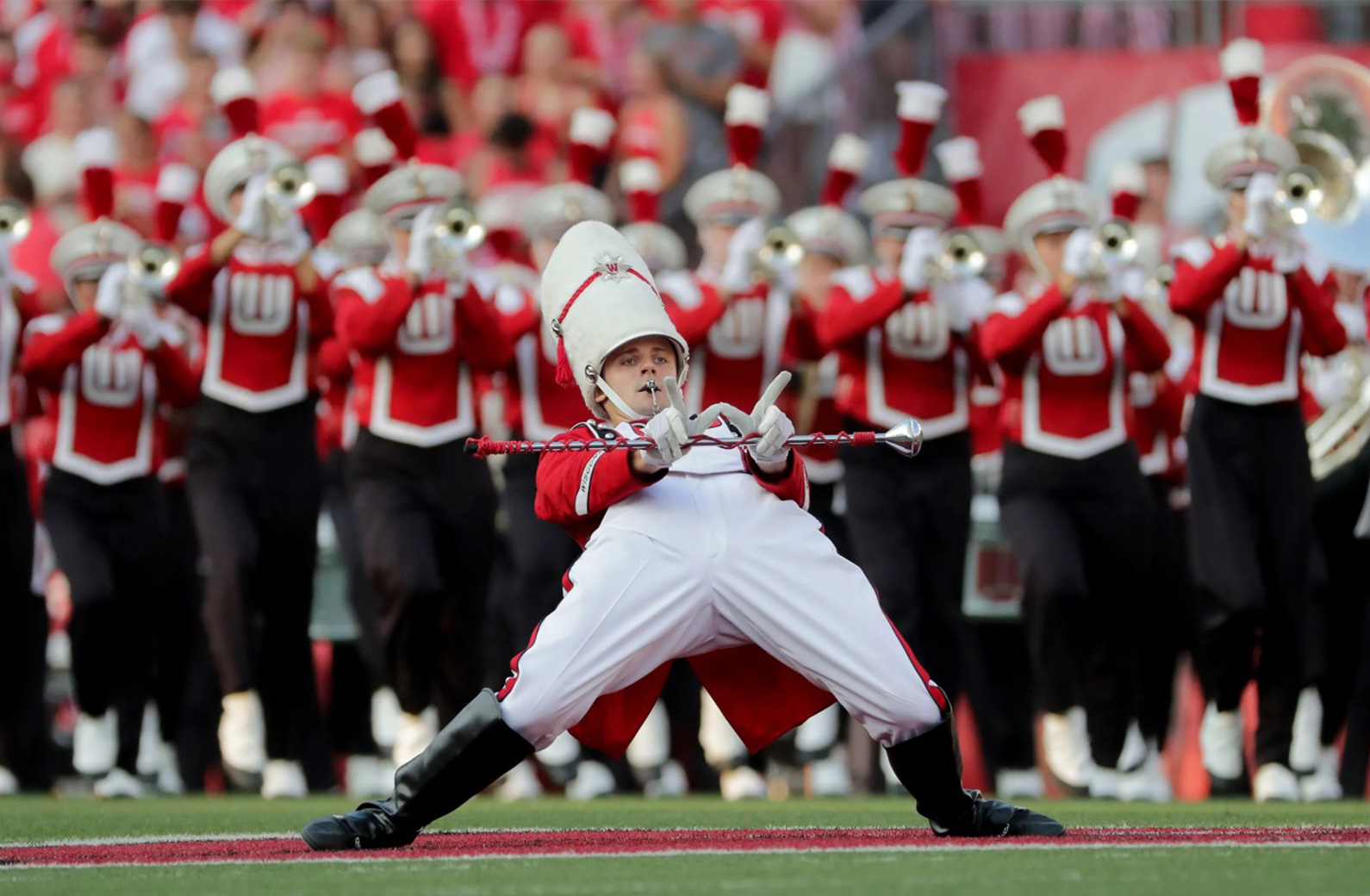 College football has been a part of American sports for well over a century, yet the game continues to excite and amaze on a weekly basis. Whether it’s the comradery of the student-athletes, the passion displayed by the fans or the underlying element of tradition, there’s just something special about the game of college football.

With such a long and captivating history, hand-picking the sport’s top few moments may seem like an impossible task. It could be a memorable game-winning play forever frozen in time, or perhaps it was a significant on-field moment that changed the course of the sport. One thing is for sure; college football has no shortage of exciting moments. With that being said, we present our list of the best college football moments of all-time.

Vince Young To The Pylon

College football is a team sport but every now and then we get to witness an unforgettable individual effort. In the 2006 Rose Bowl, between top-ranked USC and No. 2 Texas, Longhorns quarterback Vince Young had one of those memorable performances. Trailing in the game’s final seconds and facing fourth down, Young dropped back before scrambling past the Trojan’s fierce pass rush and diving over the corner pylon to give Texas the 41-38 win and a National Championship.

At just 5’10”, former Boston College QB Dough Flutie wasn’t the most sizeable player on the field but he certainly came up big when it mattered most. Playing in a muddy Orange Bowl stadium during the 1984 college football season, Flutie’s team was down by four with just 28 seconds left on the clock. Boston College called ’55 Flood Tip’, a play where the wide receivers would sprint straight downfield to the end zone. Flutie took the snap, narrowly avoided being sacked and launched a 63-yard hail mary that was pulled down by WR Gerard Phelan for one of the greatest plays in college football history.

They say if you’re going to be cocky, you better be good. Michigan star Desmond Howard had no trouble living up to that rule. During the 1991 season, Howard gave fans one of the sport’s most electrifying moments when he delivered a 93-yard punt return for a touchdown to seal the game against rival Ohio State. As the Wolverines punt returner strolled into the end zone, he struck the now-infamous Heisman Trophy pose, as if announcing to the world that he had just won the award.

The Statue Of Liberty Play

When Boise State was matched up against Oklahoma in the 2007 Fiesta Bowl, few people expected the Mountain West program to keep up with the Sooners. Boise State proved their critics wrong with the help of an incredible trick play. Having just scored and needing a simple PAT to tie the game in overtime, Boise State opted to go for two and the win instead. Broncos head coach Chris Petersen made the brave decision to call the Statue of Liberty, a trick play where the quarterback fakes a pass and hands the ball off behind his back. The play was executed perfectly and clinched an unimaginable victory for an underdog Boise State team.

The Band Is On The Field

This legendary moment between California and Stanford will undoubtedly live on forever in college football history. Stanford was leading 20-19 with only 4 seconds left in the game and delivered a squib kick to wrap things up. The 20 seconds that followed were filled with laterals, pitches, broken tackles and all-out chaos. When the smoke cleared, it was Cal’s Kevin Moen with the ball and he was barreling through Stanford band members that had mistakenly walked onto the field thinking the game was over. Moen made it into the end zone and earned Cal the win in what is now referred to as simple ‘The Play’.

NCAAF fans got a dream matchup in the 2013 Iron Bowl as top-ranked Alabama was taking on No. 4 Auburn. At the time, Alabama had won back-to-back National Championships and was top dog in college football. After an epic battle by both sides that included several lead changes, the game was tied at 28 and Alabama had a 56-yard field goal attempt for the win. The kick fell well short of the uprights and what happened next became a part of college football lore; Auburn’s Chris Davis caught the ball and proceeded to return that missed field goal attempt all the way down the field for the game-winning score with no time left on the clock. That incredible return not only clinched the SEC West for Auburn but also ended Alabama’s run at a third-straight title.

If you happen to be an avid fan of college football, then you have come to the right place. Bovada offers hundreds of online betting markets across all your favorite sports: football, basketball, baseball and more. To indulge in some college football betting, simply sign up to Bovada and check out the latest NCAAF odds. Alongside online sports betting, once you join Bovada can you enjoy playing at Bovada Casino. With hundreds of online casino games, like Hot Drop Jackpots or online blackjack, there’s plenty of ways for you to win real money!