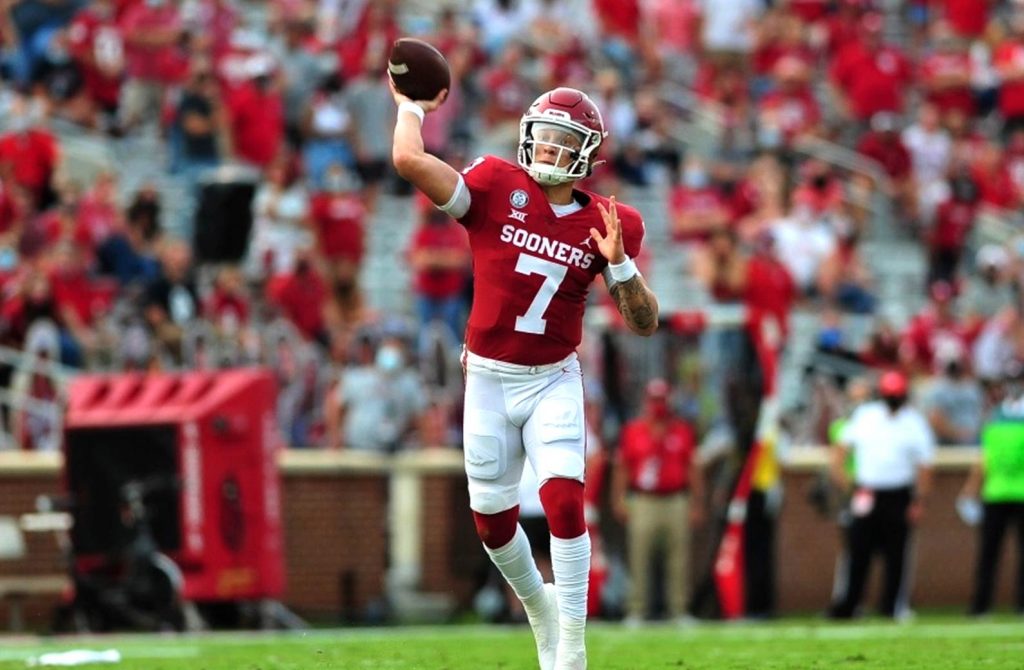 With the 2021 NCAA football season just a few weeks away, now is the time to do your handicapping homework and study the Bovada NCAA odds. With point spreads and moneyline odds available on every game, Bovada is the best place to bet on college sports. This preview takes a look at the top contenders for this year’s National Championship, as well as some of the best teams for betting against the spread. We will also review the top candidates to win this year’s Heisman trophy and some of the most exciting games scheduled for the upcoming season.

It was an interesting offseason for NCAA football to say the least. A number of schools made a change at head coach leading up to the 2021 campaign, including some major programs such as Auburn and Texas. Another big change this offseason was the NCAA’s long-awaited approval of rules allowing collegiate athletes to profit off their name, image and likeness. The NCAA also approved the allowance of a one-time exception for transfer rules, which currently require players to sit for a year unless they receive a waiver. One other major storyline was the discussion of expanding the College Football Playoffs from the current four-team format, although that is not something that will be in effect for 2021. Finally, it’s worth noting that 2021 will feature a number a “super-seniors”. As a result of the COVID-19 pandemic, the NCAA stated that 2020 wouldn’t count as a year of eligibility, allowing seniors to return for one more season.

The college football season is set to kick-off on Saturday, August 28 and the lines are already live at Bovada Sportsbook. Before you start placing any bets, let’s take a deep dive at some of the best betting options heading into the 2021 campaign.

As college football’s ultimate prize, the National Championship is the main goal for all the top NCAA programs. Bovada Sportsbook has ncaa odds available on all of the best schools to win this National Championship, giving you the chance to cash in on the College Football Playoffs. Let’s take a closer look at the top contenders to win it all this season, based on their current odds at Bovada Sportsbook.

Coming off a 13-0 regular season and the 18th claimed National Championship in the program’s history, Alabama’s spot atop this list should come as no surprise. The challenge this year is overcoming the departure of several key players to the NFL, including quarterback Mac Jones, running back Najee Harris and wide receivers DeVonta Smith and Jaylen Waddle. The good news is that head coach Nick Saban is still at the helm and new quarterback Bryce Young has been tearing it up at camp in Tuscaloosa.

Another program dealing with the loss of some key personnel, the Tigers are looking for their next generation of playmakers with quarterback Trevor Lawrence and running back Travis Etienne gone to the pros. D.J. Uiagalelei will take over at quarterback and the young signal caller has already displayed his big-game potential last season when Lawrence was forced to sit out. Clemson will have its entire defense returning for the 2021 season and will be tested straight out the gate with a regular season opener against Georgia.

Yet another SEC team makes our list of contenders, as the Bulldogs head into the 2021 regular season as one of the betting favorites to win the National Championship. Led by transfer JT Daniels at quarterback, Georgia will look to air it out downfield this season with a pro-style spread offense. The Bulldogs are dealing with the loss of their number one receiving threat George Pickens who tore his ACL over the spring, but look for tight end and five-star recruit Darnell Washington to emerge as an offensive weapon for Georgia this season.

The Buckeyes look to continue their dominance of the Big Ten conference and enter the 2021 season with a number of five-star recruits. Although Ohio State lost their starting quarterback and running back to the NFL, the team has their top pass-catchers from last season returning for another run at a National Championship. The big question for the Buckeyes is at quarterback, as redshirt freshmen C.J. Stroud and Jack Miller battle it out for the starting job. If the team can get good quarterback play this season, they’ll provide solid betting value at their current odds.

While their recruitment class wasn’t as strong as the other contenders on this list, the Sooners have boosted their roster with a total of five transfers. Betting on the Sooners is a bet on Spencer Rattler, as the Sooners’ chances of winning the National Championship sit on the shoulders of their star quarterback. Rattler is the betting favorite to win the Heisman trophy heading into the 2021 campaign, and you can bet he’d love to add a National Championship to his resume.

Top NCAA Teams Against the Spread

For those of you looking for the best betting value heading into the year, it’s important to know which teams are strongest against the spread. The following teams show great promise in bets against the spread and could help lead you to a profitable NCAA football regular season.

Playing in the Big Ten, Indiana finished last season with an impressive 7-1 record against the spread. The Hoosiers face a tough matchup in Ohio State, but the rest of their schedule should be winnable. This team is a great bet when getting points.

The best team in the nation makes yet another list, as Alabama continues to be a great bet for college football fans. It may seem a bit daunting when seeing the massive point spread set for most of their games, but the Crimson Tide have the ability to run up the score on anyone.

Another team with a solid record against the spread last year, Virginia finished 2020 at 7-3 ATS. Having made it to the ACC Championship game just a couple of years ago, Virginia can compete with any team in the conference not named Clemson.

This Big Ten team may not have the strongest program in the nation, but they proved to be a solid bet against the spread last season. Coming off an impressive bowl win against Auburn last January, look for the Wildcats to continue their strong play in 2021.

There is no greater individual honor for an NCAA football player than the Heisman trophy, awarded annually to the most outstanding player in all of college football. Bovada Sportsbook gives you the chance to bet on all your favorite players with live odds available for the 2021 Heisman trophy winner. Here are the front-runners to win the award in 2021.

The Sooners quarterback currently owns the best Bovada NCAA odds to win this year’s Heisman trophy. Rattler started off last season slowly before heating up with eight straight wins to end the year. With a year of experience under his belt and playing in Oklahoma’s explosive offense, Rattler is the preseason favorite to win the 2021 Heisman.

It’s rare to have such lofty expectations placed on such an unproven player, but that’s what Young gets playing quarterback for Alabama. The former five-star recruit steps in for Mac Jones as the new offensive leader for the Crimson Tide and has the potential to lead the team to yet another National Championship.

The sophomore has big shoes to fill as he replaces Trevor Lawrence at quarterback, but has already shown flashes of great potential in replacement duty last year. With a huge arm and massive frame, Uiagalelei is ready to dominate at the college level, making his preseason betting odds to win the Heisman trophy very appealing.

Entering the regular season as the most proven quarterback in the SEC, all eyes are on JT Daniels as he looks to lead the Bulldogs back to prominence. Having transferred from USC to Georgia, Daniels has shown he can play at the highest level and has all of the physical tools needed to claim the title as best player in the nation.

Games to Bet On

There are a number of great matchups to bet on this regular season and Bovada NCAA odds are available on each game. Let’s take a look at some of the most anticipated matchups of the upcoming regular season.

Two of the best teams in the nation face off early on in the regular season as Clemson and Georgia do battle in Week 1. The winner of this prime-time betting matchup will have a huge leg up in the College Football Playoff rankings.

This game will be a big one for North Carolina as the program looks to make some noise in the ACC this year. With no games scheduled against Clemson during the upcoming regular season, a win against a strong Notre Dame team could lead to a huge season for the Tar Heels.

This matchup should deliver plenty of great moments and you can bet Florida will be looking for revenge following last season’s upset loss to LSU. The Tigers have a soft opening schedule and could be 6-0 heading into this contest, which should make for some great betting action.

As one of the best teams in the country, the Buckeyes will pose a stiff test for Oregon. The Ducks have plenty of talent this year and a win against Ohio State could propel them to a conference title. For the Buckeyes, this game may be one of the few where they’re not favored by double digits, creating a great betting opportunity for college football fans. 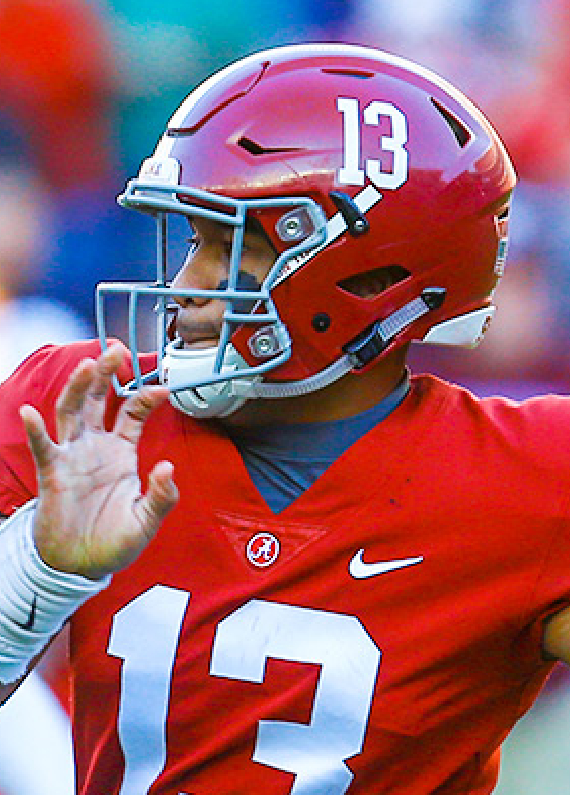 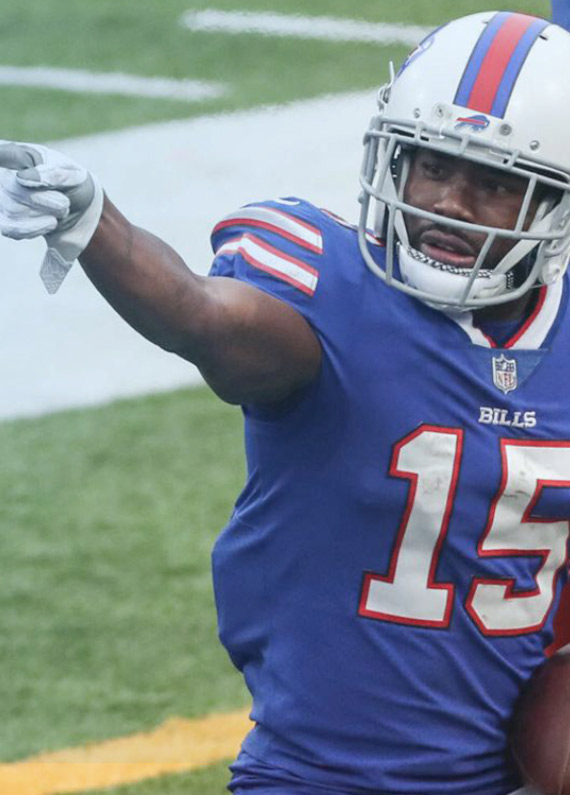 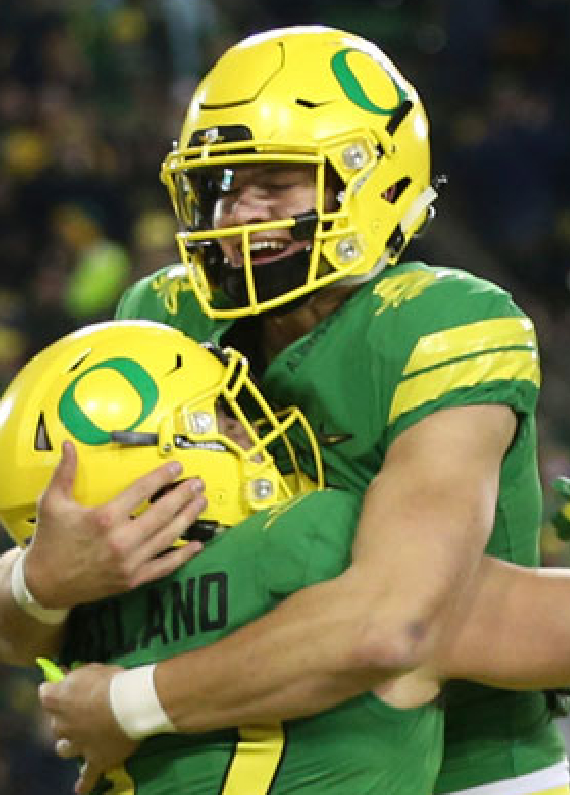