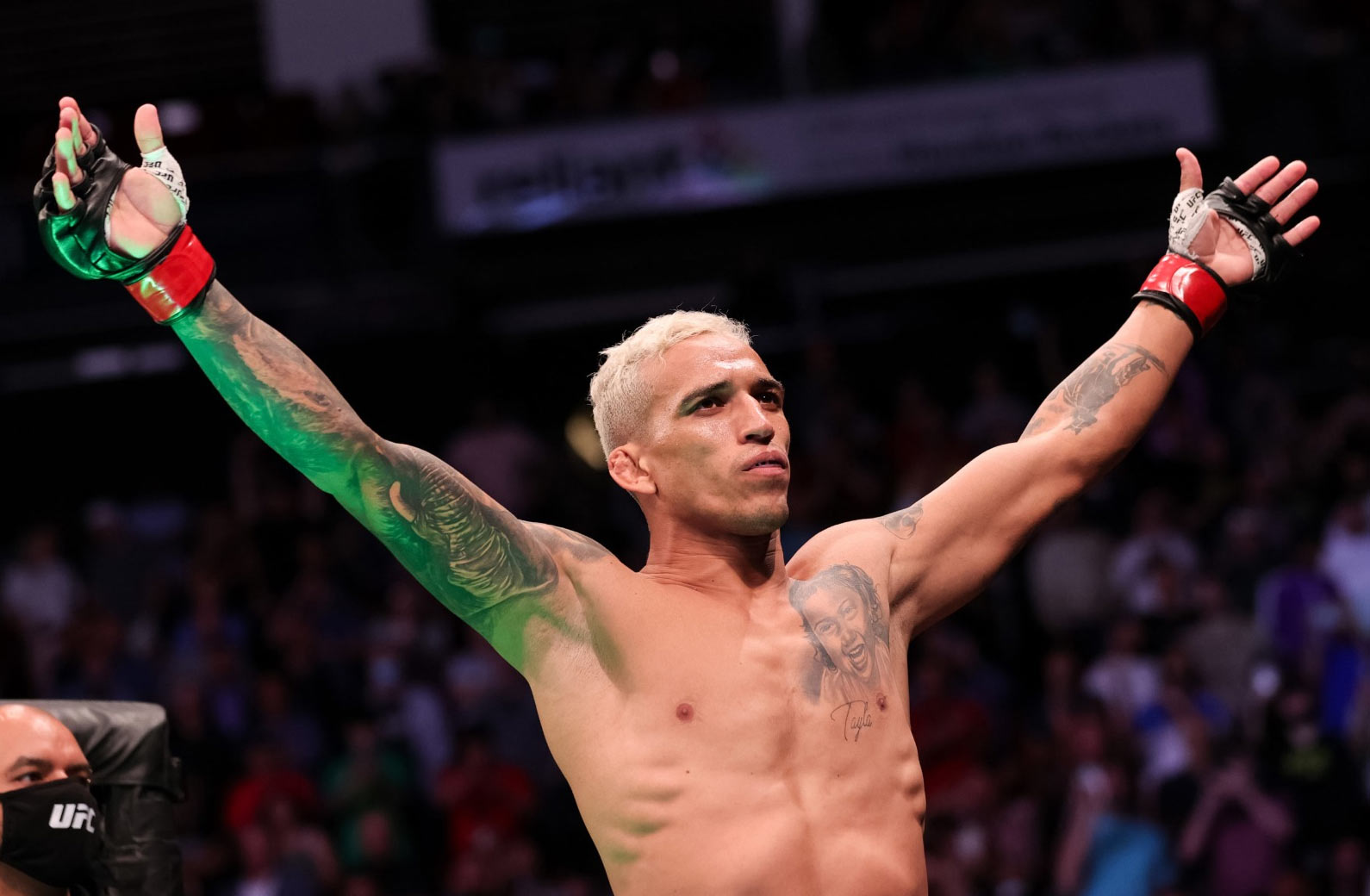 Taking place on May 7 in Phoenix, UFC 274 is now only a few short days away. The Pay-Per-View event features an excellent fight card with multiple big name fighters and two separate championship belts on the line. The co-Main Event will showcase current Women’s Strawweight champion Rose Namajunes as she takes on challenger Carla Esparza, while the Main Event features a Lightweight Championship bout between current champion Charles Oliveira and challenger Justin Gaethje. The UFC 274 fight card also features what promises to be a thrilling fight; Michael Chandler versus former interim lightweight champion Tony Ferguson. Before you start betting on all of these great UFC matchups, let’s take a closer look at some of the bigger fights and examine the current UFC 278  odds for each fighter at Bovada Sportsbook.

The fight that every UFC fan has been waiting for has finally arrived; UFC sensation Justin Gaethje is taking on the Lightweight champion of the world, Charles Oliveira. Former champion Gaethje comes in as a slight underdog with +150 betting odds. Gaethje has been nothing short of spectacular as of late, reeling off five wins over his last six fights. Oliveira is undefeated since 2018 with 10 straight victories, including a submission win versus Dustin Poirier, a TKO victory versus Michael Chandler and a decision victory versus Tony Ferguson. Some UFC odds makers are expecting this fight to be more of a wrestling match with Gaethje trying to defend the onslaught of submission moves for which Oliveira is well known. What’s interesting about Oliveira’s odds is that he’s still being penalized for the 2-4 start to his career. The reality is that he hasn’t lost in four straight years and the Brazilian native offers a ton of betting value with his current -185 betting odds at Bovada.

Over seven years in the making, Rose Namajunes will be taking on Carla Esparza for the Women’s Strawweight championship. These two women first fought for the inaugural Women’s Strawweight championship in the finale of The Ultimate Fighter 20 in 2014. Both fighters have carved out successful MMA careers since then, with Namajunes slowly solidifying herself as the greatest Women’s Strawweight fighter of all-time. Namajunes is coming off two of the most impressive victories of her career versus Weili Zhang and continues to look unstoppable. In the other corner, Carla Esparza has been on a meteoric rise to this title opportunity, reeling off five straight victories dating back to 2019. As much as Namajunes is the fan favorite, odds makers are forecasting this to be a much closer fight with Esparza betting odds at just +150. Regardless of the betting odds, it’s hard to imagine Esparza matching up with the championship experience of Namajunes. While this will be Namajunes’ sixth time in a five-round fight, it’s only the second time for Esparza. Expect a knockout or submission victory from Namajunes, as the legendary fighter will not want this one to go the distance.

This will be the biggest fight of both Michael Chandler and Tony Ferguson’s UFC careers. The two lightweights, widely considered two of the best fighters in the division, are slated to collide at UFC 274 on May 7. There’s a lot on the line in this one, as the winner of the fight is expected to get the next shot at the Lightweight Championship. Chandler enjoyed a triumphant start to his UFC career with a vicious TKO victory over Dan Hooker, but has since lost two in a row against Justin Gaethje and Charles Oliveira. Ferguson hasn’t fared much better, having lost his last three fights. MMA odds makers seem to think this will be an easy victory for Chandler, as indicated by his -400 betting odds. Both these fighters desperately need a win if they want to stay relevant; these are two of the oldest fighters on the roster with Ferguson 38 and Chandler 36. Although Ferguson is slated as a heavy underdog, it’s important to note that 9 of his last 12 victories have come via early stoppage. It’s expected that this fight will be an all-out war and if Ferguson can make it past the second round, he could begin to tire his opponent out.

Donald Cerrone and Joe Lauzon will finally face off at UFC 247 after multiple attempts to put this bout together for previous events. This will be the 53rd professional MMA fight of Cerrone’s career, while it will be Lauzon’s 44th time stepping into the Octagon. Cerrone is coming off five consecutive losses and could be forced into retirement if he doesn’t pull out the victory. This sentiment was even backed up by UFC honcho Dana White, who stated that this will be Cerrone’s last fight if he doesn’t get his hand raised once the final bell rings. For Joe Lauzon, this will be his first fight after coming off a 2-year absence. Prior to that, Lauzon had gone 1-4 over his previous five fights. UFC fans are excited for this fight as these two men have combined for 33 UFC Fight Night Bonuses over their careers, so it should make for some great entertainment. Odds makers are expecting this to be a close fight but the truth is that Cerrone hasn’t looked great in his most recent bouts. With +140 betting odds, Lauzon offers some intriguing betting value leading up to UFC 274.

Find the full UFC 274 odds at Bovada Sportsbook and place your bets before the MMA action gets started on May 7, live from Phoenix Arizona. If you are new to Bovada Sportsbook, then be sure to sign up today and claim your sports welcome bonus! Once you have a Bovada account, you can begin betting on tons of sports and will also be able to begin playing at the best online casino!