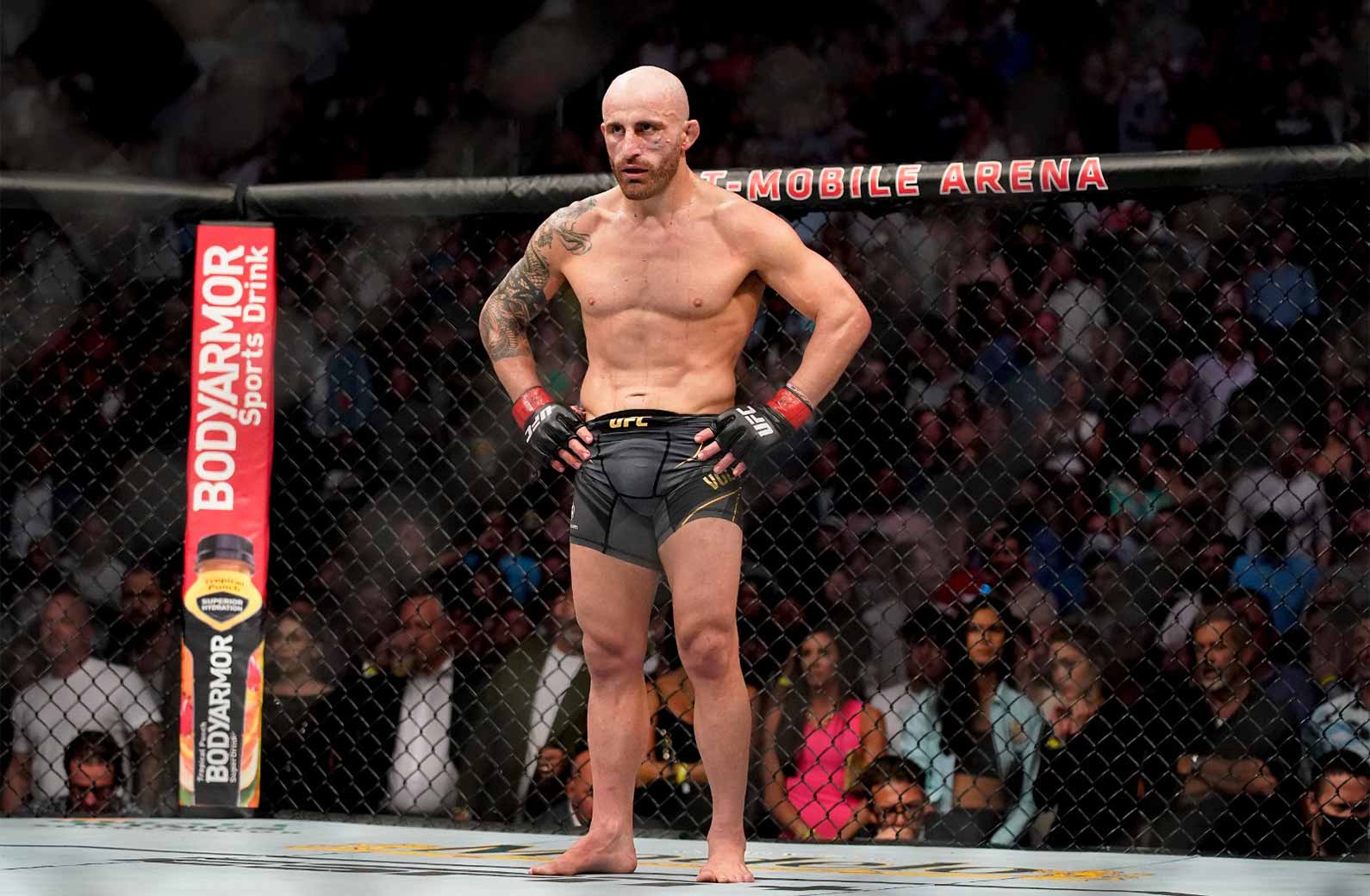 With two championship belts on the line and several big name fighters on the card, UFC 273 is all set to be one of the best fight nights of the year. The action will take place on April 9th, live from VyStar Veterans Memorial Arena in Jacksonville, Florida. The night’s co-Main Event features a championship unification match between Aljamain Sterling and Petr Yan, while the other Main Event is a Featherweight Championship bout between current champion Alexander Volkanovski and fan favorite ‘Korean Zombie’ Chan Sung Jung. UFC 273 will showcase a number of entertaining fights and you can bet on all of them at Bovada Sportsbook. With the event only a few days away, let’s take a closer look at some of the biggest fights on the card, including the latest UFC betting odds from Bovada.

Volkanovski is quickly making a name for himself as one of the best featherweight fighters the UFC has ever seen. Since joining the UFC in 2016, Volkanovski is undefeated with a 10-0 professional record. His most impressive achievement to date was his unanimous decision victory over Max Holloway at UFC 245, where he became Featherweight champion. Since then, Volkanovski has gone on to defend his title with a split-decision victory in his rematch against Holloway, followed by another title defense against Brian Ortega. In his most recent victory against a highly skilled Ortega, Volkanovski out-struck his opponent 214 significant strikes to 88 and controlled the fight for 80% of the clock. It’s worth noting that Ortega’s previous fight was against Chan Sung Jung, which he won easily via unanimous decision. All of these factors are the reason why Volkanovski is a huge betting favorite with his current odds at -800.

In the other corner we have 10-year UFC veteran Chan Sung Jung, AKA ‘Korean Zombie’. This is the second title opportunity for Jung, with his first attempt resulting in a loss to Jose Aldo way back in 2013. Looking to redeem himself almost 10 years later, the ‘Korean Zombie’ has won three of his last four fights, taking home the Performance of the Night bonus twice in that span. There’s definitely some value in betting Jung after his most recent unanimous decision victory over Dan Ige, just keep in mind that most odds makers are expecting a one-sided victory from Volkanovski in this contest.

The rematch MMA fans have been waiting for is finally set and will serve as the co-Main Event at UFC 273. In the first meeting between these two at UFC 259, Aljamain Sterling suffered an illegal knee from Yan. This was the first time in UFC history where a championship belt was awarded via disqualification. This rematch is for the undisputed Bantamweight Championship should determine if Sterling truly deserves to be the 135-pound UFC Champion.

Petr Yan is a heavy favorite in this rematch for multiple reasons; he was undefeated as a UFC fighter prior to his disqualification loss and was dominating Sterling throughout their first fight up until the illegal strike. To Sterling’s credit, the MMA star is coming off six straight victories and boasts an impressive 12-3 record as a UFC fighter. Another advantage for Sterling is his 4-inch reach advantage; if he can keep Petr at a distance while controlling his tactical striking, he may be able to use his grappling and wrestling skills to bring this fight to the ground. Most MMA odds makers don’t see this fight going the distance and have Petr Yan winning via TKO in less than five rounds. Yan is +130 to win via TKO, while the prop bet of “will the fight go the distance, No” is paying out even money at +100.

In one of the most anticipated fights of UFC 273, former championship contender Gilbert Burns takes on the undefeated Khamzat Chimaev. Burns is a Brazilian jiu-jitsu champion, while Chimaev is widely considered the best grappler since Khabib Nurmagomedov. With the skill sets of these two fighters, you can expect this fight to spend a lot of time on the ground. During the time this fight stays upright, it’ll be interesting to see if Chimaev has the endurance to withstand the incredible power of Burns. Coming into this fight, Burns has won seven of his last eight fights, with his only loss coming at the hands of current division champion Kamaru Usman.

In the other corner, Chimaev is as impressive as anyone on the UFC roster. He’s currently the most hyped fighter in the promotion and everyone will be tuning in to see if he can continue on his meteoric towards becoming a championship contender. What’s amazing about Chimaev is that in his 10 professional fights, eight were finished in the first round and the other two fights were finished before the end of the 2nd round. The odds makers and betting experts are predicting a win for Chimaev, with his current betting odds listed at -550. This will be the toughest opponent of Chimaev’s career and the fighting world is excited to witness the Chechen make easy work of the Brazilian Burns.

This UFC matchup will showcase two of the brightest stars in the Women’s Strawweight division. Mackenzie Dern, who boasts a UFC record of 6-2 and is also a jiu-jitsu world champion, will be facing off with 9-5 Tecia Torres. Dern was coming off four consecutive victories until her most recent fight, which was a unanimous decision loss versus Marina Rodriguez that came with a Performance of the Night bonus.

Torres was almost out of the UFC after four straight defeats, buy has rebounded nicely with three straight wins. UFC brass are on record stating that if Torres wins this fight, there’s a strong likelihood she’ll be next in line for a title fight against UFC superstar Rose Namajunas. Torres boasts a lifetime 59% takedown defense and this could create a lot of problems for Dern, who relies heavily on her jiu-jitsu background to win fights. On the other hand, Dern has headlined a UFC event before and has championship round experience, which may prove advantageous against the less-experienced Torres. Don’t be surprised if this fight goes the distance and ends up earning the Performance of the Night award for one of these two great female fighters.

Bovada Sportsbook has all the latest UFC 273 odds that you could ever need. If you are new to Bovada, then be sure to sign up today! There’s plenty more to enjoy at Bovada too, including the best online casino.