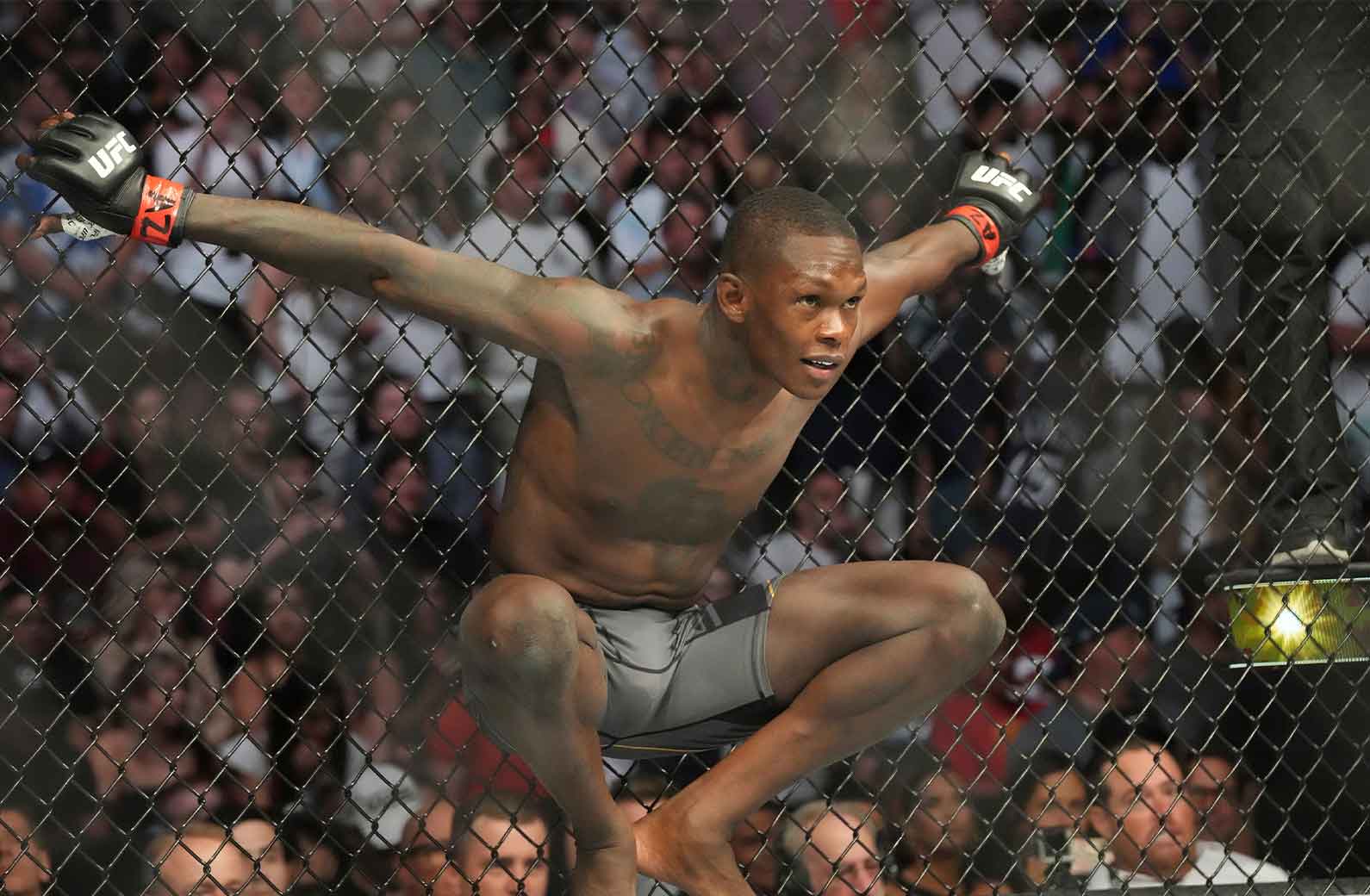 UFC 271 is just a few days away and will take place live at the Toyota Centre in Houston, Texas on February 12th. This will be the second UFC Pay-Per-View event of 2022 and should feature some epic fights, including a UFC Middleweight Championship rematch between current champion Israel Adesanya and former champion Robert Whittaker. Other notable fights include Derrick Lewis versus Tai Tuivasa and Jared Cannonier versus Derek Brunson. As always, Bovada Sportsbook has UFC 271 odds available on all the MMA action, including tons of fun prop bets. This betting preview will share some odds maker insights on the biggest fights of the night and can help you win real money betting on the UFC.

Commonly referred to as ‘The Style Bender’, Adesanya claimed the interim Middleweight Championship with a unanimous decision victory over Kelvin Gastelum at UFC 236 in April 2019. Later that same year, Adesanya became the undisputed champion at UFC 243 when he defeated Robert Whittaker by way of knockout in the second round. Israel has successfully defended his title three times since then, earning victories over Yoel Romero, Paulo Costa, and Marvin Vettori. It’s interesting to note that Adesanya was a -115 favorite the first time these two fought, yet his betting odds jumped to a -275 for this upcoming rematch.

Robert Whittaker may be the underdog in this bout, but the fighter has reeled off three straight wins versus notable opponents: Kelvin Gastelum, Darren Till and Jared Cannonier. Whittaker has looked good in each of his last three victories which were all by unanimous decision.

If you’re looking for betting value, you should consider the prop bet of over 4.5 rounds; Adesanya has gone the distance in five of his last seven fights and Whittaker has done the same in five of his last six. Whoever ends up winning this fight will likely meet the winner of Jared Cannonier versus Derek Brunson, which is one of the earlier fights on the UFC 271 card.

Derrick Lewis is no slouch in the Octagon and this won’t be his first title fight in the UFC. Most recently, Lewis fought an undefeated Ciryl Gane for an interim title at UFC 265, eventually losing via a third-round technical knockout. Lewis is from Houston and will be fighting in front of his hometown crowd for the first time since that loss versus Gane Just keep in mind that the 36-year-old Lewis holds the record for most knockouts in UFC history with 13. His most recent knockout came just this past December when he scored a first-round KO over Chris Daukaus at UFC Fight Night 199. If you plan to bet on Lewis, you may want to consider the knockout prop as it provides greater betting value than a regular victory. Lewis going the distance is unlikely as its only happened twice over his last nine fights. He’s notorious for having weak cardio and often wears down by the middle of the second round.

Tuivasa may be the underdog in this fight, but the Australian is 14-2 in the UFC and currently riding a four-fight win streak. He has knocked out his last four opponents, including three in the last calendar year. With Lewis admitting that going in front of his home crowd adds an uncomfortable pressure, this could make Tuivasa a nice underdog bet at +160This fight already has potential for heavyweight fight of the year and is attracting a ton of betting action leading up to UFC 271.

This will be Andrei Arlovski’s 37th UFC appearance. Yes, you read that correctly: his 37th UFC appearance. The Belarusian has been fighting in the UFC since 2000, when he made his victorious debut at UFC 28. Arlovski fought on three separate occasions in 2021, losing to Tom Aspinall before bouncing back with unanimous decision victories against Chase Sherman and Carlos Felipe. Arlovski has won four of his past five fights, with each victory going the distance.

The 37th opponent of his career is UFC newcomer Jared Vanderaa. Although he was only eight years old when Arlovski made his UFC debut, Vanderaa is now a solid heavyweight fighting out of California with a UFC record of 1-2. Vanderaa earned a spot on the UFC roster with a wild first-round TKO over Harry Hunsucker during Dana White’s 2020 contender series.

The betting public is all over Arlovski with a favorable betting line of -170. He’s clearly the more experienced fighter and this could be his last run at a championship title. Vanderaa doesn’t have the experience necessary to take on such a seasoned veteran and could have a tough time keep up with Arlovski in the later rounds.

This middleweight fight was originally scheduled for UFC 270, but the UFC wanted to have it on the same card as the division’s title fight between Adesanya and Whittaker. Cannonier and Brunson are the third and fourth-ranked middleweights in the UFC, respectively. Cannonier is 4-1 over his last five fights, with his only loss coming against Whittaker. In his most recent fight last August, Cannonier won via unanimous decision versus Kelvin Gastelum.

Similar to Cannonier, Brunson is currently on a five-fight win streak with victories over Edmen Shahbazyan, Kevin Holland and Darren Till. Brunson’s last loss came at the hands of Adesanya and it’s being rumored that the winner of this fight will get a shot at the middleweight title against either Adesanya or Whittaker.

The betting public and MMA writers are all favoring Cannonier for his incredible knockout power. Four of Jared’s last five victories have come via technical knockout by way of punches to the head of his opponent. If you’re supporting Cannonier with your betting money, your best option may be the prop bet of under 4.5 rounds. On the other hand, Brunson offers solid betting value as a +160 underdog considering he’s on a five-fight win streak of his own. Both these fighters know that a shot for the championship title is on the line and MMA fans should expect an all-out slugfest in this one.