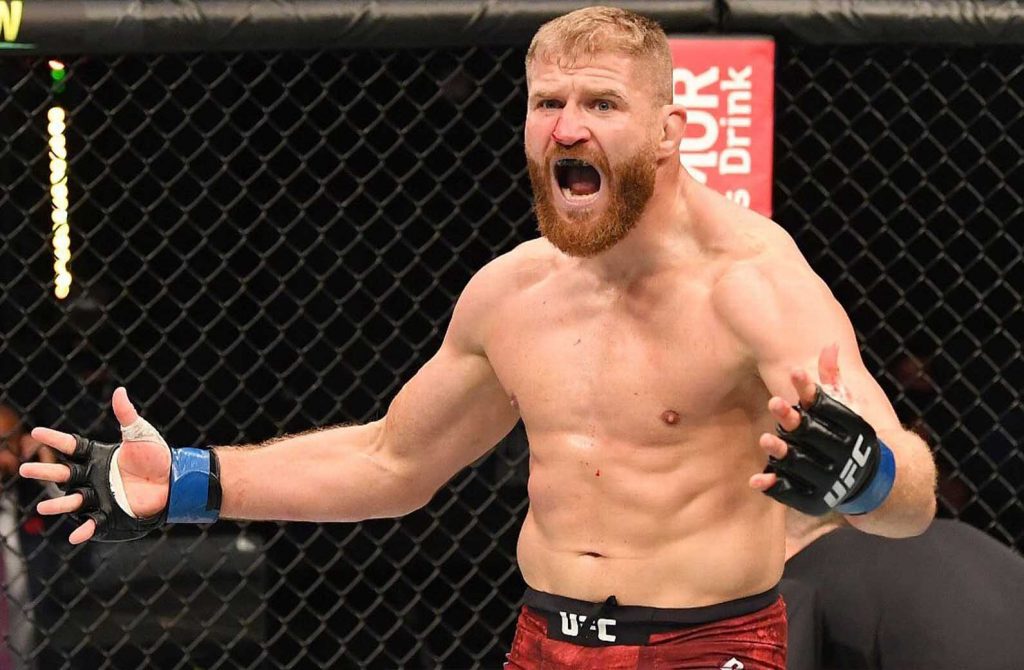 UFC 267 is all set to take place on October 30 in Abu Dhabi and the event is getting a lot of attention from the MMA betting community. This will be the UFC’s first Pay-Per-View event outside North America since 2011 and should help continue to grow the popularity of the sport around the world. Although the event will be taking place in the evening local time, it’ll be an early morning start for UFC fans in North America, so be sure to set your alarm clocks and get ready for all the UFC betting action at Bovada Sportsbook.

This event is stacked with some of the UFC’s best fighters and there are also two championship belts on the line. In the co-main event, Petr Yan will face off against Cory Sandhagen for the Bantamweight interim championship (current Bantamweight champion Aljamain Sterling had to withdraw from this card due to a neck injury). The other main event of the evening features the Light Heavyweight Champion Jan Błachowicz defending his belt against UFC veteran, Glover Teixeira. As if that wasn’t enough, there are four additional fights on the Pay-Per-View card and an extra eight fights on the preliminary card. The betting odds are close to even for the majority of these fights, with the biggest underdog on the card offering a +450 payout. Having said all that, let’s take a closer look at some of the more popular fights slated for UFC 267, including their current betting odds from Bovada Sportsbook.

We finally get to witness this Light Heavyweight championship fight between Jan Blachowicz and Glover Teixeira. The fight was originally slated for UFC 266 before being pushed back several months to UFC 267 in October. Blachowicz is coming off a five-fight win streak and his most recent victory shocked the world as he earned a unanimous decision over UFC superstar, Israel Adesanya. The 41-year-old Teixeira has put together a five-fight win streak of his own, with only one of those fights going to the judges for decision. It’s worth noting that Teixeira’s last loss came via a unanimous decision beatdown at the hands of Corey Anderson, who was recently knocked out in the first-round by Blachowicz. Interestingly, Blachowicz was a betting underdog versus Anderson in that fight, while Teixeira was the favorite in his matchup with Anderson. This fight could end with one punch, but the fighting styles of these two seasoned veterans may lead to a longer fight where endurance will play a key role. Blachowicz’s current betting odds seems like great value for someone who, at least on paper, looks like the better fighter.

The interim Bantamweight championship will be on the line in this co-main event for UFC 267. We say interim because this fight was originally set to be a title rematch between champion Aljamain Sterling and Yan, but Sterling had to withdraw from the card due to a lingering neck injury. The winner of this fight will be declared the interim Bantamweight champion and granted an automatic title shot once Sterling is ready to return to the octagon. Petr Yan had secured seven UFC victories in a row prior to his recent loss in a championship fight with Sterling, and his two most recent wins came against UFC hall of famers Urijah Faber and Jose Aldo. Yan was arguably on his way to winning that title fight versus Sterling until he was disqualified due to an illegal knee. His opponent at UFC 267, Cory Sandhagen, has been a little less impressive, alternating between two wins and two loses over his last four fights. One of those losses was to current Bantamweight champion Aljamain Sterling, when Sandhagen was choked out in the first round. Sandhagen should be well prepared for this fight coming off a five-round battle against TJ Dillashaw, but he’ll need to be at his best as Yan will likely be seeking vengeance for the disqualification ruling in his previous title fight.

Makhachev is widely considered the future of the Lightweight division and is the training partner of the greatest undefeated UFC fighter of all time in Khabib Nurmagomedov. The young Russian owns an impressive 20-1 record while riding an active eight-fight win streak. Makhachev is now set to go up against Dan Hooker, who, despite his underdog status is no push over. In his last fight, Hooker put on a masterpiece to take down Nasrat Haqparast and get his name back in the headlines. It was only a few days later when Makhachev’s original UFC 267 opponent, Rafael Dos Anjos, had to withdraw from the bout with an injury and Hooker jumped at the opportunity. Although the betting public and odds makers believe Makhachev is the resounding favorite, the experience of Hooker can never be overlooked. For someone who’s fighting with nothing to lose and everything to gain, it makes for a very dangerous opponent. If Hooker can bring this fight to the ground, anything is possible.

Get ready for a heavyweight clash in Abu Dhabi between Alexander Volkov and Marcin Tybura. Volkov is ranked No. 6 in the MMA Fighting Global Rankings and is looking to rebound from a five-round decision defeat to Ciryl Gane back in June. Prior to that setback, Volkov was coming off back-to-back stoppage wins over Alistair Overeem and Walt Harris. Volkov’s UFC 267opponent, Marcin Tybura, sits at No. 8 in the world following five consecutive victories of his own. Tybura’s resume is impressive, with his three most recent wins coming against the likes of Ben Rothwell, Greg Hardy and Walt Harris. It could be the four-inch reach advantage or the fact that Volkov already has championship experience, but we can’t understand why the odds aren’t closer to even based on the most recent performances of these two fighters. With his current betting odds, Tybura is offering great value at +235 on every dollar wagered. 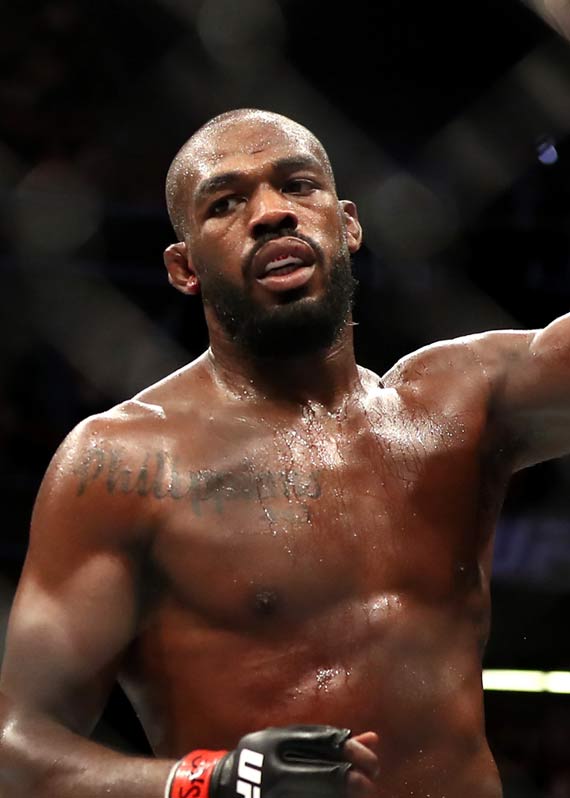 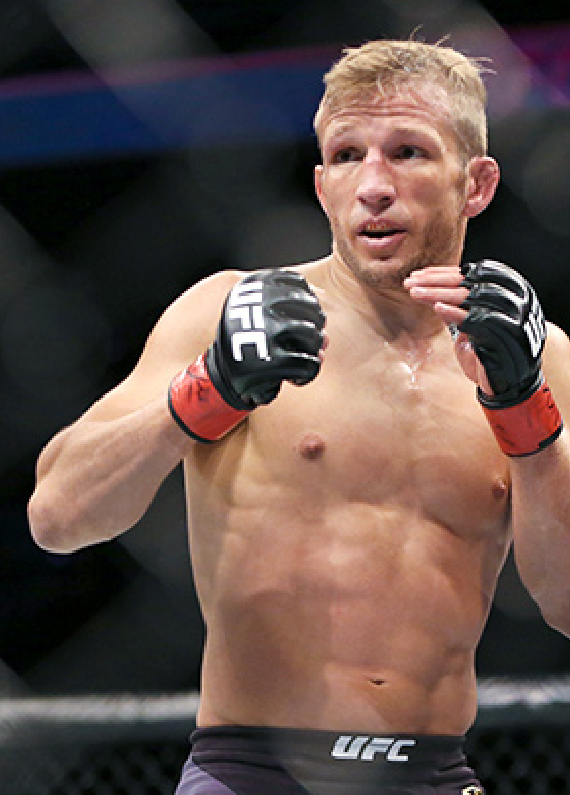 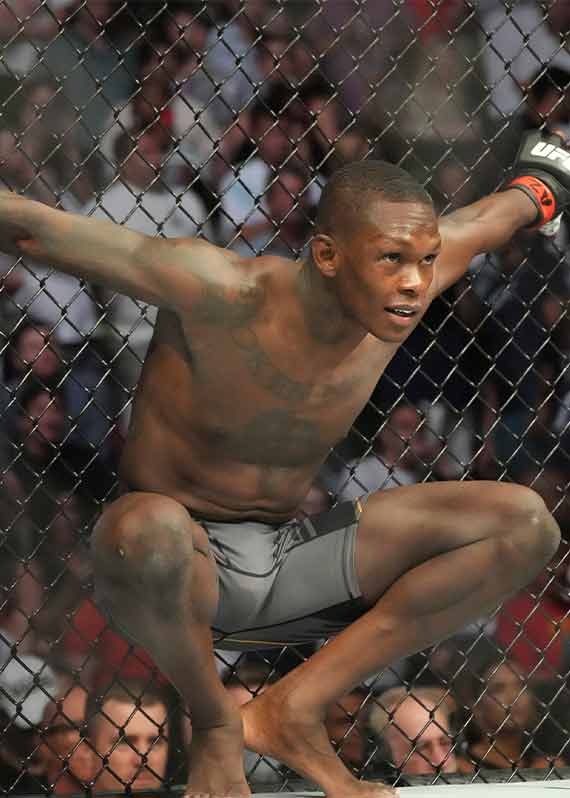