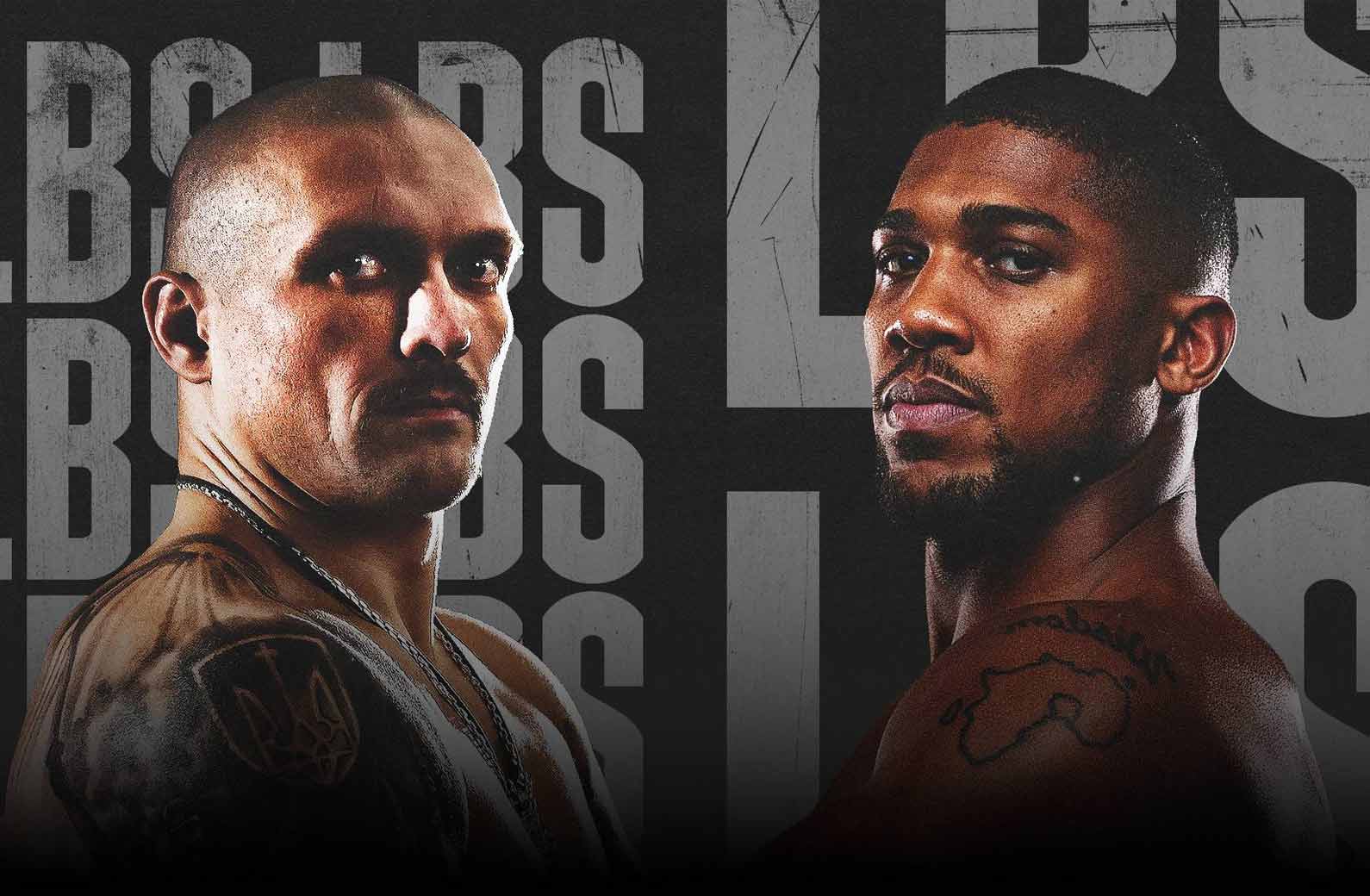 Boxing fans are in for a real treat this weekend as Oleksandr Usyk and Anthony Joshua are set to go head-to-head, live from Saudi Arabia on August 20. This heavily anticipated rematch comes after Usyk’s win over Joshua back in September of 2021. The WBA (Super), WBO, IBO and IBF heavyweight belts will all be on the line in this fight, as will the Ring belt due to the recent retirement of Tyson Fury. Anthony Joshua will be looking to reclaim his title of heavyweight champion and is sure to draw lots of betting interest leading up to this fight. Bovada Sportsbook has tons of Usyk vs Joshua betting odds available and is the best place for boxing betting.

Looking back to Usyk vs Joshua I, there’s little question as to which boxer dominated the first fight; Usyk landed more total punches than Joshua (148 and 123, respectively), while also connecting at a much better clip than his opponent (28% to 19.2%). Usyk put forth an epic performance to earn a unanimous decision victory with scores of 117–112, 116–112 and 115–113. Boxing fans were stunned to see Joshua get completely outclassed by the Ukrainian Usyk, with many calling the fight a brilliant tactical showing. Even Boxing legend Roy Jones Jr. commented: “Usyk didn’t beat [Joshua]. He dominated him”. With the victory, Usyk joined Evander Holyfield and David Haye as the only boxers to win world titles at both cruiserweight and heavyweight.

This rematch has been in the works from the very moment the first fight ended and the betting odds have been in high demand ever since the rematch was announced in late June. Bovada Sportsbook currently has Oleksandr Usyk as the clear favorite, with Anthony Joshua making an intriguing betting option as the underdog. With so much betting interest surrounding these two boxers, let’s take a closer look at both men leading up to fight night.

Nicknamed ‘The Cat’ for his impressive agility and swiftness inside the ring, Usyk is arguably the greatest Ukrainian boxer of all-time. After winning Olympic gold in the heavyweight division as an amateur at the 2012 games, Usyk went pro in 2013 and became the undisputed cruiserweight champion by 2018. He eventually switched over to the heavyweight division, using his cruiserweight super champion-status to become an immediate challenger in a new weight class. Fast-forward to today and Usyk is the current heavyweight title holder for the WBA (Super), WBO, IBO and IBF.

Usyk will enter this rematch with an undefeated professional boxing record of 19-0, 13 of which came by way of knockout. Many boxing experts predicted his perfect record would come to an end in the first fight against Joshua, but Usyk proved them wrong by defeating the English fighter in his own backyard. Now preparing for the rematch in Jeddah, Saudi Arabia, you can be sure that Usyk will be ready to defend his titles. While he’s currently the favorite with -210 betting odds at Bovada Sportsbook, Usyk is now 35-years-old and hasn’t fought since the initial bout with Joshua nearly a year ago. The boxing champion will need to be at the top of his game once again if he wants to successfully defend his titles in this rematch.

As a former two-time unified world heavyweight champion, Joshua remains one of the biggest names in all of boxing. Hailing from Hertfordshire, England, the man is a boxing hero in the United Kingdom with plenty of fans around the world. Similar to his opponent, Joshua also won gold as an amateur boxer at the 2012 Olympics, only he was fighting in the super-heavyweight division at the time. After turning pro in 2013, Joshua quickly became a highly touted prospect in the ring; he was named 2014’s Prospect of the Year by ‘The Ring’ magazine and earned their Fight of the Year honors for his impressive victory over Wladimir Klitschko in 2017.

Joshua heads into this rematch with an overall professional record of 24-2, with 22 of those wins coming by way of knockout. With a record like that, it’s easy to see why there’s so much betting interest in the English fighter as an underdog. Keep in mind this is the same fighter who once held three of boxing’s four officially recognized world title belts. His betting odds are currently +160 at Bovada Sportsbook, making him an appealing betting option for this long-awaited rematch.

While he may not be the soundest fighter from a technical standpoint, Joshua has excellent fundamentals to go along with his massive frame. He likes to throw a lot of jabs and uses them effectively to set up some of his power punches. His size advantage may also come into play in this fight, as he is three inches taller than Usyk and has a four-inch reach advantage. Combine this with his incredible power and it makes for an extremely dangerous fighter. Joshua also has a great killer instinct, so if he gets Usyk on the ropes early, it could be lights out for his opponent.

Who do you think will come out on top in this hugely anticipated bout? We’ve got it all to look forward to on Saturday August 20. So that you can enjoy some real money betting on Usyk vs Joshua II, sign up to Bovada today. Be sure to claim your Bitcoin Sports Welcome Bonus when signing up to make the most out of your first bet. Once you are all signed up, you can begin online sports betting, playing online poker and enjoying all our online casino games including Hot Drop Jackpots, online Blackjack and more!