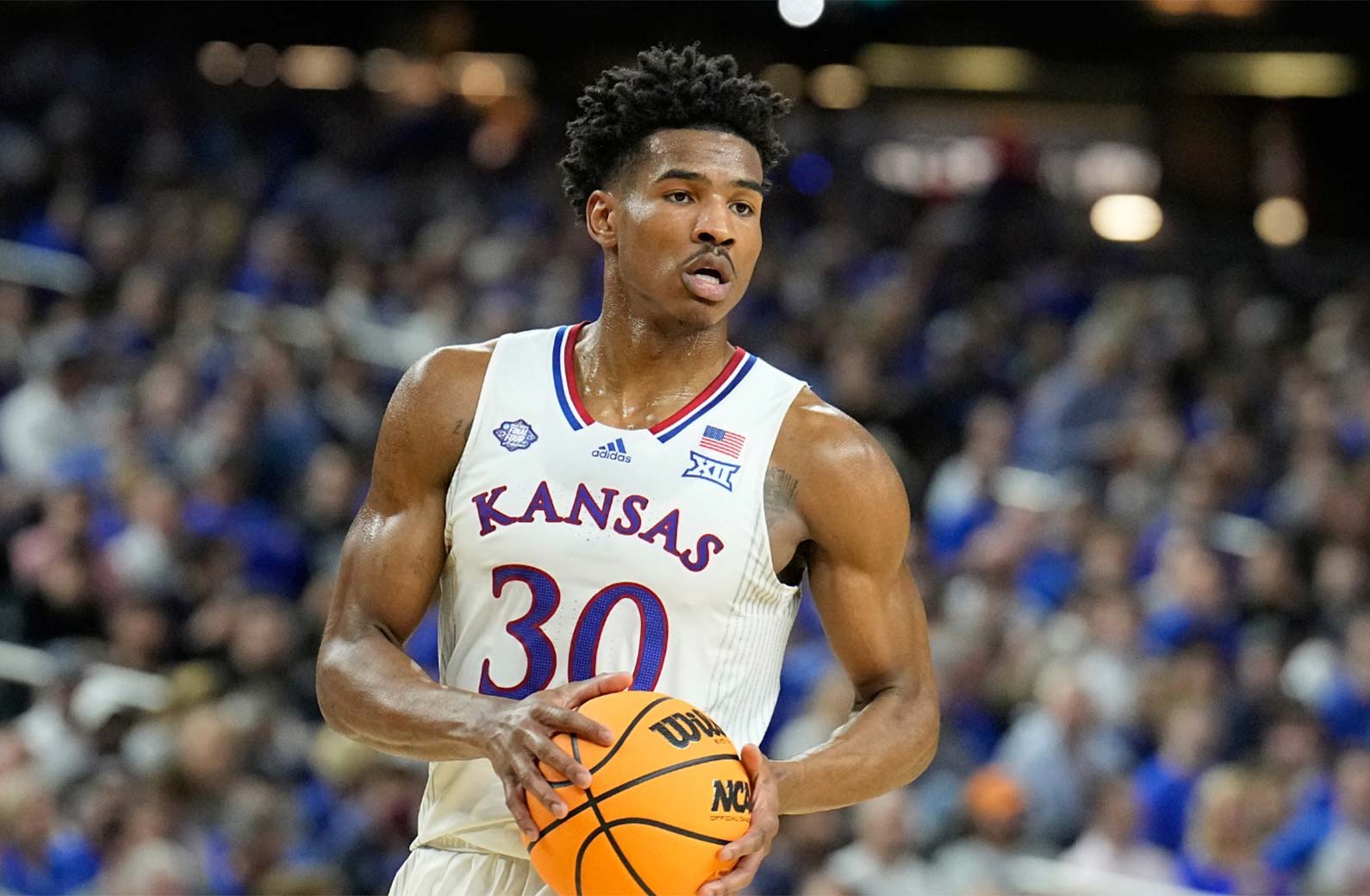 The 2022 March Madness tournament has finally come to an end following an incredible few weeks of college basketball action. The Kansas Jayhawks have won this year’s National Championship, defeating North Carolina 72-69 in the title game.

It’s not every day that a cheerleader becomes the hero of a March Madness basketball game, but that was the case in this year’s First Round matchup between Indiana and Saint Mary’s. When an errant rebound bounced high above the rim and became lodged atop the backboard, it was Hoosiers cheerleader Caddy Cerny who saved the day. Despite several player’s attempts and even a ref with a broomstick, only Cerny (with a boost from her teammate) was able to jump high enough to pull down the stuck ball. The packed arena roared in celebration as the cheerleader returned the game ball and the fun moment quickly went viral among college basketball fans.

Love them or hate them, it’s hard to argue that college basketball’s blue bloods aren’t great for the sport. Often with some of the nation’s best recruits on the roster, these historically successful programs have given us some of the greatest moments in March Madness history. College basketball fans got a rare treat at the 2022 NCAA tournament as this year’s Final Four consisted of four powerful blue blood basketball programs: Duke, North Carolina, Kansas and Villanova. With Kansas taking this year’s title, these four programs have now managed to win 8 of the last 15 National Championships.

We witnessed a memorable run in this year’s tournament from the Saint Peter’s Peacocks, a small basketball program in New Jersey playing out of the MAAC. In what was only the program’s fourth-ever appearance in the NCAA tournament, 15-seed Saint Peter’s pulled off one of the greatest March Madness upsets of all-time when they took down 2-seed Kentucky in the tournament’s opening round. The Peacocks kept their Cinderella story going by defeating 7-seed Murray State in the Second Round before pulling off another shocking upset against 3-seed Purdue and becoming the first 15-seed to ever reach the Elite Eight. While they eventually lost to North Carolina in the Round of 8, there’s little doubt that Saint Peter’s Cinderella run in the 2022 March Madness tournament will not soon be forgotten. Thanks to Sant Peter’s, during the 2022 NCAA Men’s Basketball Tournament, we witnessed some of the biggest March Madness upsets in history.

This year’s March Madness tournament featured one of the most anticipated college basketball matchups of all-time, as bitter rivals Duke and North Carolina faced off in the Final Four. To put things in perspective; it’s a big deal when these two teams face off in the regular season, so when they meet in the NCAA tournament for the first time ever, you know the game is going to be intense. Now add the fact that this was the Final Four with a trip to the National Championship game on the line and you can begin to understand the magnitude of this momentous matchup. As if all that wasn’t enough, this was also the final season for legendary Duke head coach Mike Krzyzewski, which only added even more drama to the action.

A recap of the best moments from the 2022 NCAA tournament would not be complete without taking about the Kansas Jayhawks and their impressive second-half comeback against the Tar Heels in the National Championship game. Despite entering the matchup as the betting favorite, Kansas found themselves down 15 points at the half and most fans thought the game was over. Jayhawks head coach, Bill Self, managed to rally his troops, as Kansas put on a dominant display in the second half and quickly closed the gap between the two teams. The game went down to the wire in the end, with Kansas able to make some key buckets and huge stops in the final minute of play to secure the victory. It was also great to see Kansas guard Ochai Agbaji be named the 2022 NCAA Basketball Tournament Most Outstanding Player, as the senior was a key piece of the Jayhawks championship run.

Now that this year’s March Madness tournament is all wrapped up, it’s time to start looking ahead at the 2022-23 NCAAB season. Start by checking out the 2023 NCAAB Championship odds at Bovada Sportsbook. If you are new to Bovada, then be sure to sign up today!