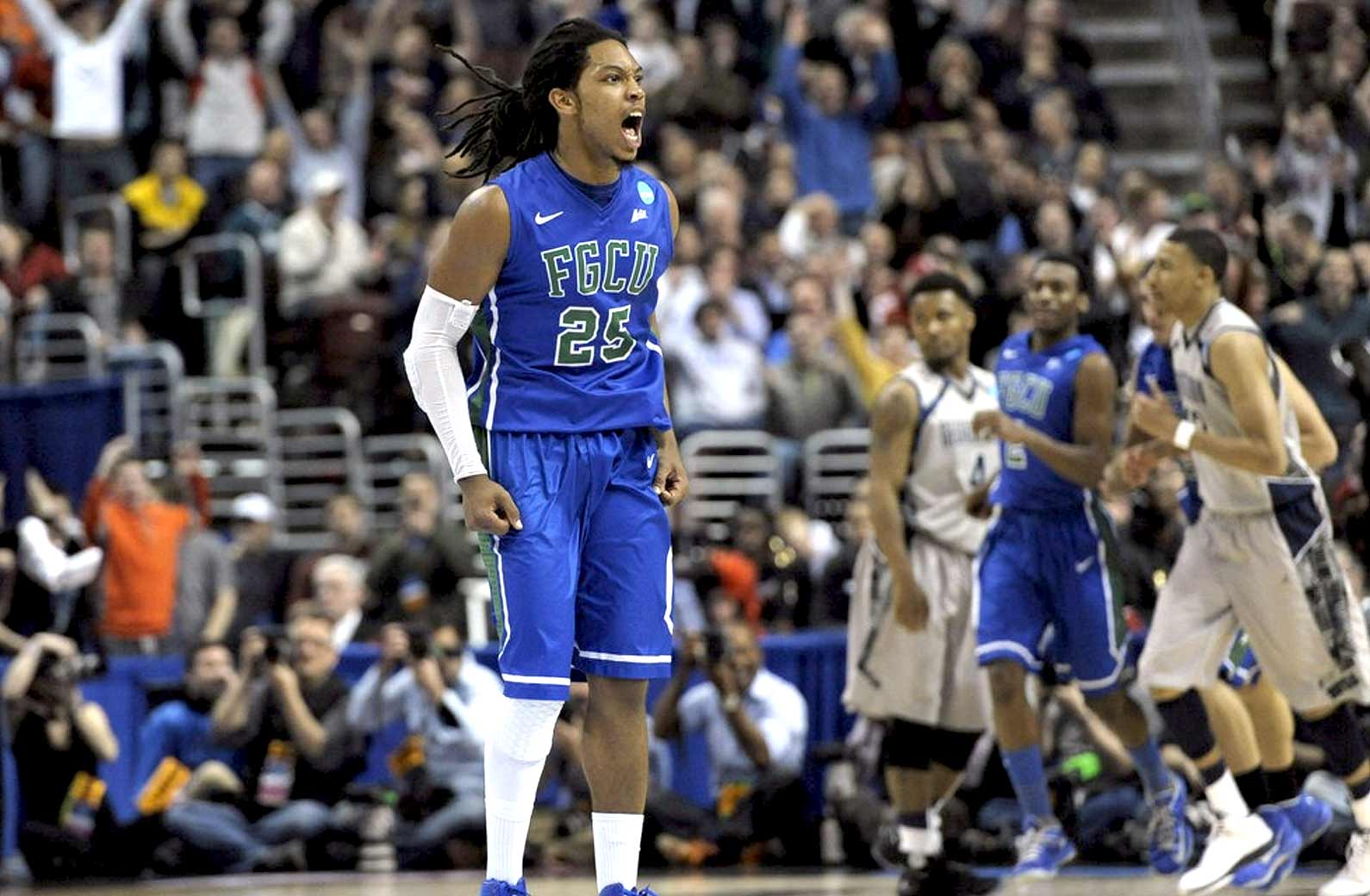 With the NCAA’s 2022 March Madness tournament just a few weeks away, the entire sports betting community has already begun shifting their focus towards college basketball. Featuring the 68 best NCAA Division I basketball teams in the country, the tournament has become a betting tradition over the years with countless signature moments. Very few sporting events deliver the excitement and thrills that comes along with the NCAA’s iconic March Madness tournament.

Our 2022 March Madness Bracket is available!

A 15-seed has defeated a 2-seed on nine different occasions in March Madness history, but arguably none were more impressive than Florida Gulf Coast’s shocking upset of the Georgetown Hoyas in 2013. That Georgetown team had a solid roster that included current NBA player Otto Porter, but it wasn’t enough to match the intensity of Florida Gulf Coast as the 10-point margin of victory is the largest ever for a 15-seed over a 2-seed. FGCU captured the nation’s attention with this massive first round upset and earned the nickname ‘Dunk City’ for their high-flying style of play. To make Florida Gulf Coast’s upset over Georgetown even more impressive, it was their first-ever appearance in the March Madness tournament. In fact, it was only the program’s second season in the NCAA’s Division I. After upsetting Georgetown, FGCU managed to pull off another upset versus San Diego State in the second round of the 2013 tournament before eventually getting knocked off by Florida in the Sweet Sixteen.

Today’s generation of college basketball fans may be surprised to see a Duke victory included on a list of major March Madness upsets, but back in 1991 the Blue Devils had yet to win a title and were an up-and-coming program led by head coach Mike Krzyzewski. At the same time, UNLV were the defending national champions and were looking like a good bet to repeat after going undefeated during the regular season. The Runnin’ Rebels were 34-0 by the time they faced Duke in the 1991 Final Four and odds makers gave the Blue Devils little chance of knocking off the defending national champions. Part of what made this upset so entertaining was that Duke had lost to UNLV in the national championship game the previous season. Duke was out for revenge and with the help of future NBA stars like Christian Laettner and Grant Hill, the Blue Devils managed to pull off the Final Four upset and would go on to beat Kansas for the program’s first of five national championships.

Any list of the top March Madness upsets must include NC State’s performance in the 1983 National Championship Game. Few people expected the Wolfpack to win the ACC, let alone the entire March Madness tournament. Despite making it all the way to the title game as a 6-seed, NC State remained a massive underdog in their matchup against the Houston Cougars; Houston was the No. 1 ranked team in the nation with the Phi Slama Jama combination of Larry Micheaux, Michael Young and future hall of famers Clyde Drexler and Hakeem Olajuwon. Odds makers had Houston as a huge betting favorite but NC State managed to keep the game close and found themselves tied with possession and only seconds remaining on the clock. In what is now a famous March Madness moment, Wolfpack guard Dereck Whittenburg heaved a 35-foot desperation shot at the basket. While Whittenburg’s shot came up short of the rim, NC State center Lorenzo Charles was perfectly positioned under the basket to catch the miss and dunk the ball for the game-winning score and a shocking upset.

You probably wouldn’t expect a first round upset to be so high up on this list, but that’s what happens when you make history. No 1-seed had ever lost to a 16-seed in the history of the March Madness tournament before the UMBC Retrievers shocked the college basketball world and destroyed brackets everywhere by taking out top-ranked Virginia in 2018. UMBC earned a spot in that year’s tournament by winning the America East Conference championship, but as a 16-seed they were a 20.5-point underdog to Virginia. Despite the long odds, the Retrievers kept pace with their top-ranked opponent and entered halftime tied before completely dominating the second half and winning by a 20-point margin. While UMBC sadly lost in the following round to Kansas State, this upset secured the team’s place in the NCAA record books. The March Madness tournament has included 16-seeds since 1985 and UMBC remains the only 16-seed to advanced past the first round.

The 1984–85 Villanova Wildcats earned their way to the top spot on this list by pulling off one of the biggest upsets in sports history and becoming the lowest seed to ever win the national championship. After going just 9-7 in conference play, Villanova barely qualified for the tournament and entered as an 8-seed. Following a series of major upsets, the Wildcats found themselves in the 1985 NCAA National Championship Game against 1-seed Georgetown and star center, Patrick Ewing. Villanova had already lost to Georgetown twice during the regular season so nobody was giving them a chance in the game, but lights out shooting by the likes of Ed Pinckney, Harold Jensen, Dwayne McClain and Harold Pressley helped Villanova pull off the shocking upset. For a tournament that’s all about the Cinderella stories, none were better than the magical run of the 1985 Villanova Wildcats.

There we have the biggest March Madness upsets in history. When the 2022 March Madness tournament begins on March 13, there are bound to be many more upsets… will any of them make it into the top 5 NCAAB biggest upsets of all time? Only time will tell. Along with big sporting upsets, comes big bet wins. Take a look at the top 10 biggest winning March Madness bets in history!