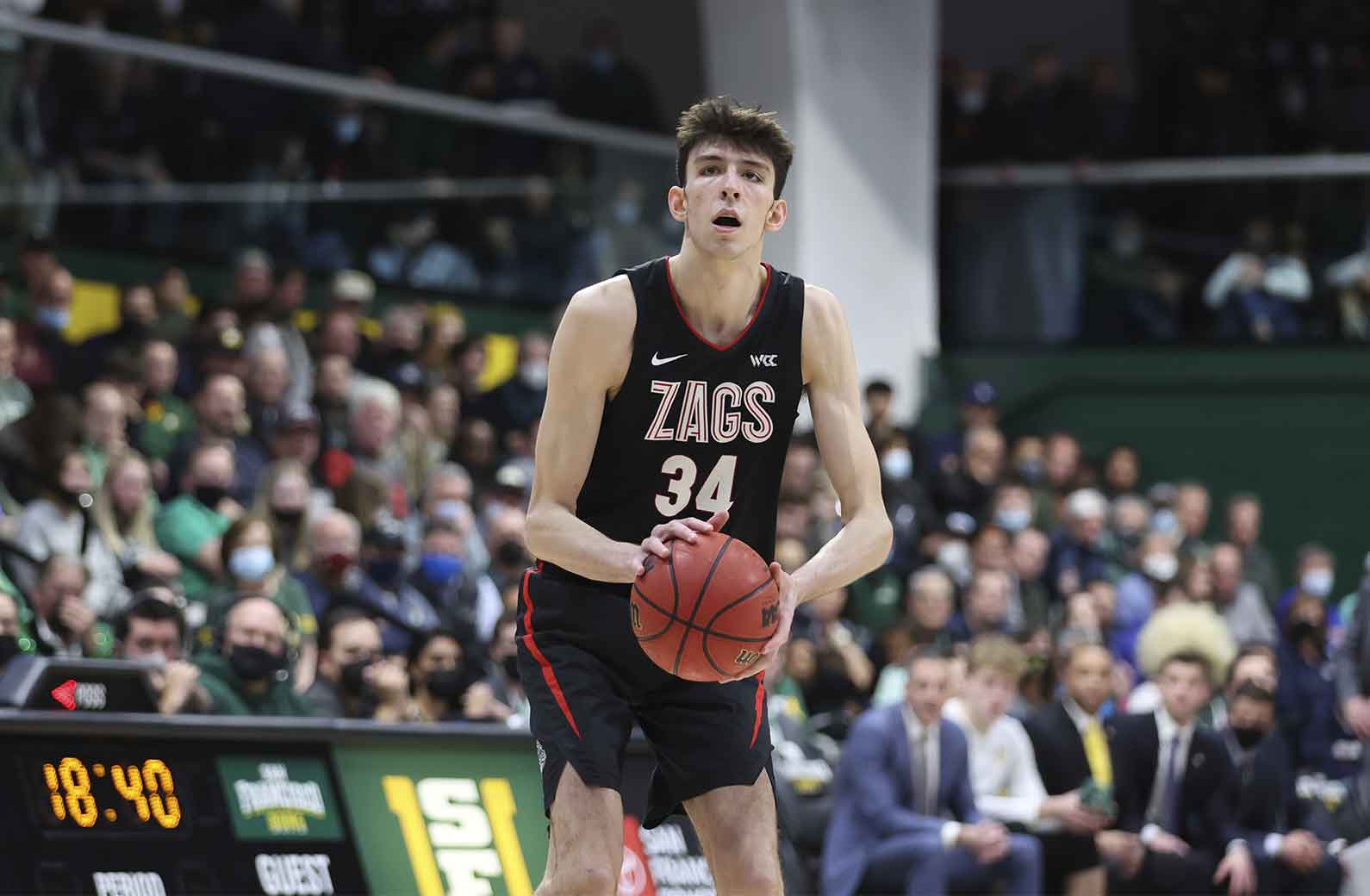 Having made it through a rollercoaster of a regular season, and some wild conference championship tournaments, it’s time for some excitement with college basketball’s March Madness. As one of the most popular events on the sports betting calendar, March Madness is centered around the NCAA Division I Men’s Basketball Tournament. With the 2022 tournament bracket having been released this past Sunday, now’s the time to do your handicapping homework and determine the best bets to win this year’s March Madness tournament. Bovada Sportsbook offers March Madness betting odds on all 68 teams in the tournament, giving you the chance to bet on whoever you think will win the NCAA 2022 National Championship. Before placing any bets or filling out your March Madness brackets, this betting preview will help you to take a closer look at the top favorites to win this year’s tournament.

As the No. 1 team in the country, and top overall seed in the 2022 tournament, Gonzaga is the consensus betting favorite to win this year’s March Madness. The Bulldogs were the favorites last year and had an impressive run, only to get upset by Baylor in the National Championship Game. Junior forward Drew Timme was a big part of that run and leads this year’s team in scoring at 17.5 PPG, but the real player to watch is freshmen center Chet Holmgren; the young seven-footer leads the team in rebounds (9.6 per game) and blocks (3.6 per game) while shooting an impressive 41.2% from beyond the arc.

The Wildcats are the No. 1 seed in the South Region of the 2022 March Madness tournament and their current betting odds offer great value for a team with a 31-3 overall record. Coming off a Pac-12 title, Arizona is one of the top teams in this year’s tournament. The Wildcats have balanced scoring led by Canadian sophomore Bennedict Mathurin (17.4 PPG) and are particularly effective at using their size in the frontcourt to dominate opponents down low. It’s been 25 years since the Wildcats last won the March Madness tournament but this may be the best Arizona lineup since that 1997 National Championship team.

While Kentucky may not be a No. 1 seed in March Madness 2022, the blue blood college basketball program is still one of the betting favorites to win this year’s tournament. The Wildcats are coming off a disappointing loss to Tennessee in the SEC tournament but posted a solid record of 26-7 on the year and are the seventh-ranked team in the country. Kentucky is led on the floor by Oscar Tshiebwe, with the forward leading the team in scoring at 17 PPG and leading the entire nation in rebounding at 15.1 per game. Tshiebwe is one of those rare players with the ability to take over any game and could lead Kentucky towards a run at the 2022 National Championship.

Having recently beaten Texas Tech to claim the Big-12 title, the 28-6 Kansas Jayhawks enter the 2022 March Madness tournament as the No. 1 seed in the Midwest Region. While they may be in for a tough test if they end up facing off against the region’s No. 2 seed, Auburn, the Jayhawks have all the talent needed to make a run to the Final Four and beyond. The team’s most important player is leading scorer Ochai Agbaji (19.7 PPG) but Kansas gets contributions from all five starters. The Jayhawks are the third-ranked team in the nation and have been inside the top 10 for the entire season, so don’t be surprised to see them make an extended run in the 2022 March Madness tournament.

Although they’re fresh off a loss to Oklahoma in the quarterfinals of the Big 12 tournament, Baylor still managed to nab the No. 1 seed in the East Region thanks to their 26-6 overall record. Baylor enters this year’s March Madness tournament as the reigning champs, having defeated Gonzaga in last year’s National Championship Game. While the Bears suffered several personnel losses after last year’s title run, senior transfer James Akinjo has aided the transition with his leadership and play on the court. Baylor has a balanced scoring attack with four different players averaging double-digit points per game and this can make them tough to slow down defensively. No team has won the March Madness tournament in back-to-back years since the Florida Gators in 2006 and 2007, but this year’s Baylor Bears may just change that.

Be sure to join Bovada today!

Be sure out the current 2022 March Madness betting odds on all your favorite NCAAB teams at Bovada Sportsbook. If you are new to Bovada, then be sure to sign up today to get your welcome bonus! You might be interested in our other March Madness articles, such as the Top 10 Biggest March Madness Bets In History!