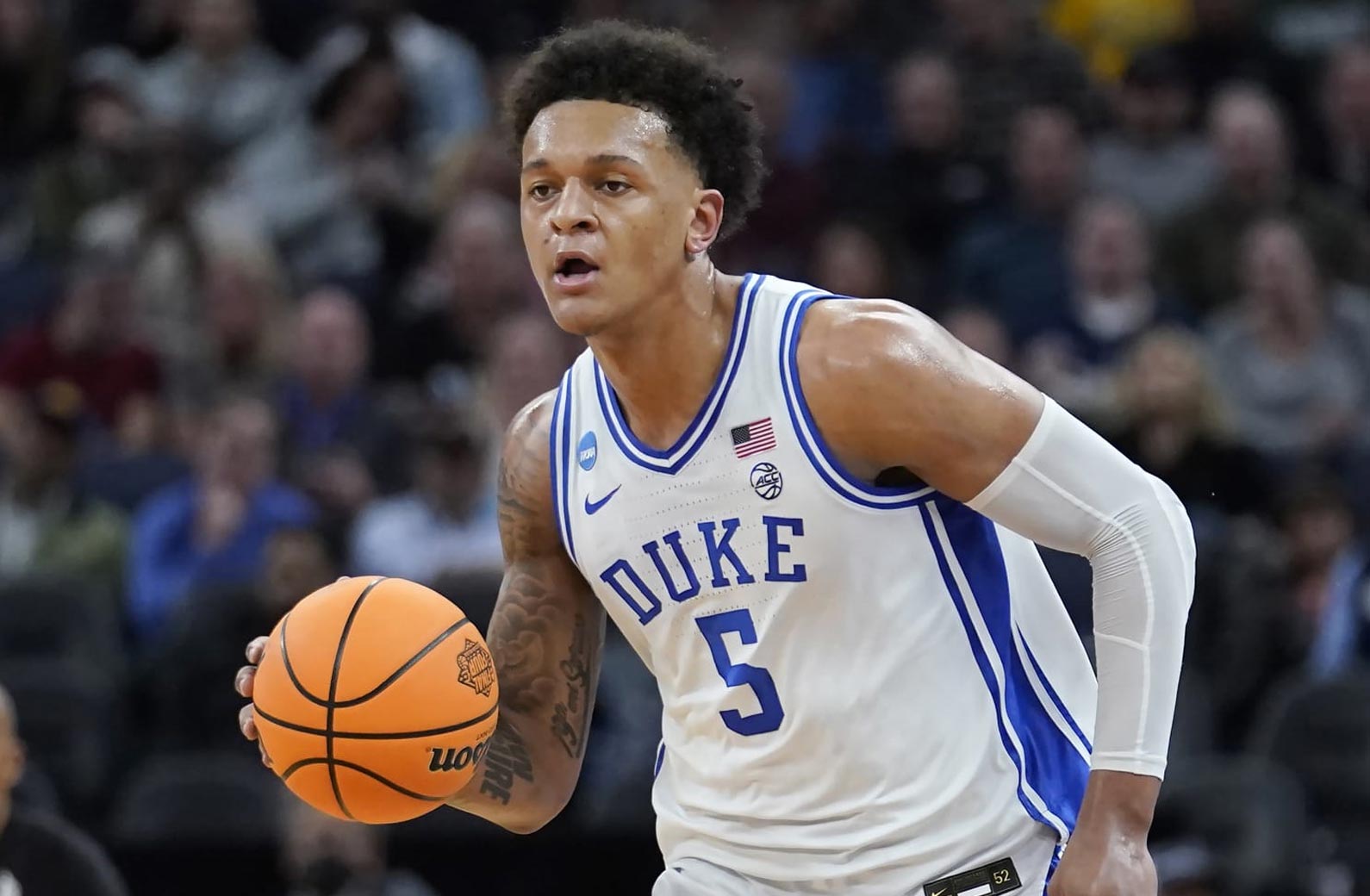 Following an entertaining Sweet Sixteen, the NCAA’s 2022 March Madness tournament heads into the Elite Eight. Making it to this year’s Elite Eight are Arkansas, Villanova, Duke, Houston, Saint Peter’s, Kansas, UCLA and Miami. This round marks the quarter-finals of the March madness tournament and making it this far is an accomplishment in itself, but you can be sure that none of the remaining teams are satisfied at the moment.

Looking at the NCAA Championship odds for the eight schools left standing, there are still several teams offering excellent betting value. The Elite Eight tips off on March 26 and promises to deliver a weekend of great hardcourt action, so let’s take a closer look at each of the eight remaining teams and their updated NCAA Championship odds at Bovada Sportsbook.

With their five-point victory over Providence, the Jayhawks advanced to the Elite Eight in this year’s March Madness tournament. As the only No. 1 seed left standing, Kansas is the odds-on betting favorite according to their current championship odds at Bovada Sportsbook. Led by a balanced scoring attack and solid effort on the defensive end, the Jayhawks will look to reach the Final Four for the first time since 2018 when they take on Miami this weekend.

Despite playing in the American Athletic Conference and entering this year’s tournament as a No. 5 seed, Houston is currently one of the top teams remaining in this year’s March Madness tournament. The Cougars stifling defense was key in their Sweet Sixteen victory over top-seeded Arizona and they’ll need even more of that if they want to beat Villanova and make it to the Final Four in back-to-back seasons.

With legendary Duke head coach Mike Krzyzewski set to retire after the season, the Blue Devils are looking to send him off with a fairy tale ending by winning the NCAA’s March Madness tournament. Duke is loaded with talented top recruits and the team showed a lot of grit in their Sweet Sixteen win over Texas Tech. The Blue Devils have had a number of players step up throughout this tournament and seem determined to send Coach K into retirement with what would be his sixth National Championship.

The Tar Heels may have entered this tournament as the East Region’s No. 8 seed, but North Carolina has been playing at a very high level for some time now. The Tar Heels clinched their spot in the Elite Eight with an impressive win over UCLA, getting an incredible 30-point performance from sophomore guard Caleb Love. North Carolina has won six National Championships in the program’s illustrious history and with an Elite Eight matchup against 15th-seeded Saint Peter’s, they just may be closing in on title number seven.

As the South Region’s No. 2 seed, Villanova lived up to expectations by making it into the Elite Eight for the first time since their championship run back in 2018. After defeating Ohio State in the Second Round, the Wildcats took down a strong Michigan team in the Sweet Sixteen. Villanova will have their hands full with Houston in the Elite Eight, but can rely on the experience of junior Justin Moore and seniors Collin Gillespie and Jermain Samuels to make a run at this year’s Final Four.

It’s been another solid year for the Arkansas basketball program, as the Razorbacks have made it to the Elite Eight for the second straight season. The team is getting consistent scoring from seniors JD Notae and Stanley Umude, while 6’10 sophomore Jaylin Williams leads the team in rebounding. The Razorbacks have a tough matchup coming up against Duke in the Elite Eight, but after their upset victory over top-seeded Gonzaga in the Sweet Sixteen, it seems anything is possible for this team.

After a relatively easy victory over Iowa State in the Sweet Sixteen, the Hurricanes have advanced to the Elite Eight for the first time in the history of Miami basketball. Despite finishing fourth in the ACC this season and entering the March Madness tournament as the Midwest Region’s No. 10 seed, the Hurricanes are now playing on a whole other level. Miami’s leading scorer Kameron McGusty put up 25 points against Iowa State and the Hurricanes will need him to continue lighting it up in their Elite Eight matchup versus Kansas.

Cinderella is alive and well in the 2022 March Madness tournament as Saint Peter’s became the first-ever 15 seed to reach the Elite Eight. The Peacocks up-tempo style has been a big reason for their success and they’ve also gotten excellent play from their backcourt, with their top four guards all playing at an elite level. As crazy as it sounds, Saint Peter’s is just three wins away from an NCAA National Championship and could end up being the greatest Cinderella story in March Madness history.

If you are looking to bet on the Elite Eight, then you have come to the right place. At Bovada, you can bet on March Madness and all of the matchups! Be sure to check out all of our latest NCAAB odds.