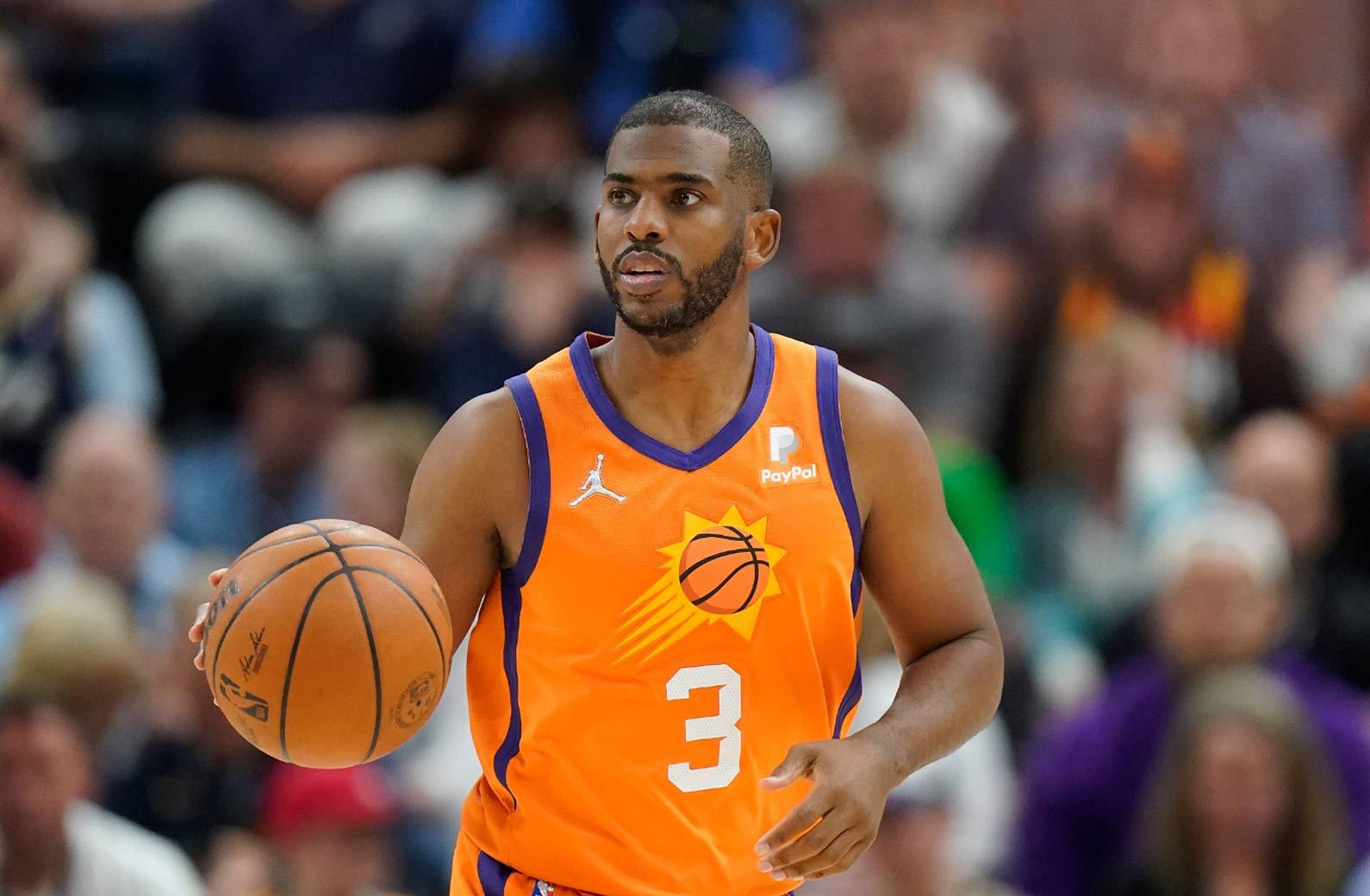 The NBA odds to win the Championship title have seen a lot of movement over the course of the 82-game regular season, with several times seeing their odds significantly impacted based on their play on the court. Instead of watching the game film of all 16 playoff teams, we thought we’d save you some time by putting together an update on their 2022 NBA Championship betting odds. Let’s have a look at the top five favorites to win this year’s NBA title, based on their current championship betting odds at Bovada Sportsbook.

The Suns may not have started the year as the betting favorites for the 2022 NBA Championship, but that has certainly been the case over the past few months. Building on last year’s surprising playoff run to the NBA Finals, Phoenix has taken the league by storm this season and posted an NBA-best record of 64-18. Devin Booker leads the team in scoring at nearly 27 PPG and Deandre Ayton dominates down low with over 10 rebounds a night, but there’s no question that Chris Paul is the team’s floor general and overall leader. Paul led the NBA in assists this season at 10.8 per contest and is the key cog in the Suns offense. If he can stay healthy and on the court throughout these playoffs, this team has all the pieces in place to win an NBA title. While their current championship betting odds deliver only a modest return on investment, Phoenix has been the class of the NBA since the very start of the season and is the top favorite to win it all according to odds makers.

Winning back-to-back NBA Championships is no easy task, but the Bucks’ Giannis Antetokounmpo may be one of the few players with the ability to pull off such an incredible accomplishment. The Greek Freak enjoyed another impressive season in Milwaukee as he put up 29.9 PPG, good enough for second-best in the NBA behind only Joel Embiid. Antetokounmpo also led the Bucks to a 51-31 record and helped the team take the Central Division for the fourth straight year. Of course, Giannis has plenty of help in the form of Khris Middleton and Jrue Holiday; the talented trio took home last year’s NBA title and will look to do it once more in 2022. In addition to being the biggest betting favorite coming out of the Eastern Conference, Milwaukee also has one of the easier first round matchups against the spiraling Chicago Bulls. If the Bucks can win the series in just four or five games, the extra rest will go a long way for this veteran team’s run towards a second consecutive NBA title.

You may be shocked to see a seventh-seeded team as the third-biggest betting favorite to win the 2022 NBA Championship, but that’s exactly the case with this year’s Brooklyn Nets. The Nets began the season as the top betting favorite to win it all, but inconsistent play and trading away superstar James Harden has caused their odds to dip slightly. The good news is that this team still has Kyrie Irving and Kevin Durant on the roster, arguably two of the best players on the planet. Brooklyn managed to defeat the Cleveland Cavaliers in the NBA Play-In Tournament and earned themselves a first round matchup with the Boston Celtics. Taking on the Celtics may seem like a daunting task for the seventh-seeded Nets, but just about anything is possible if Durant and Kyrie can remain at the top of their game, and that includes winning an NBA Championship.

Speaking of the Boston Celtics, this team has been one of the hottest in the NBA since the All-Star break. Boston was able to rise up the standings and finish at 51-31 to leapfrog the Philadelphia 76ers for the Atlantic Division crown by way of tie-breaker. The Celtics have plenty of talent but it all starts with Jayson Tatum and Jaylen Brown; the two combined to average over 50 PPG this season and form one of the most lethal duos in the NBA. Boston will also get help from veteran point guard Marcus Smart, who’s currently one of the betting favorites to take home this year’s DPOY award. The one negative for the Celtics is that defensive centerpiece Robert Williams remains out following surgery on his left knee. If Boston can handle the Brooklyn Nets without their Williams at center, they’ll be all the more dangerous when he’s back on the floor in the next round.

It may seem like it’s been a while since the Golden State Warriors were playing for a championship, but we’re only two years removed from Dub Nation’s impressive run of five straight appearances in the NBA Finals. While there’s been some significant roster turnover in the past few seasons, the heart of the team remains the same with Stephen Curry, Klay Thompson and Draymond Green all still playing as starters for Golden State. Thompson should be especially eager to get back to playoff basketball after missing a staggering 941 days. Now healthy, Thompson joins his fellow Splash Brother in Curry as they prepare for a run at yet another NBA Championship. Curry himself missed some time recently due to an ankle sprain, but the star shooter took his time to recover and is reportedly ready to go for the playoffs. The third-seeded Warriors have a tough first-round matchup versus the Denver Nuggets but their current championship odds at Bovada Sportsbook offer some excellent betting value.

To bet on who be crowned 2022 NBA champions, head on over to Bovada’s NBA Championship odds market. Here you can find all of the latest NBA odds to win the championship. If you are new to Bovada, then be sure to sign-up today to begin betting!