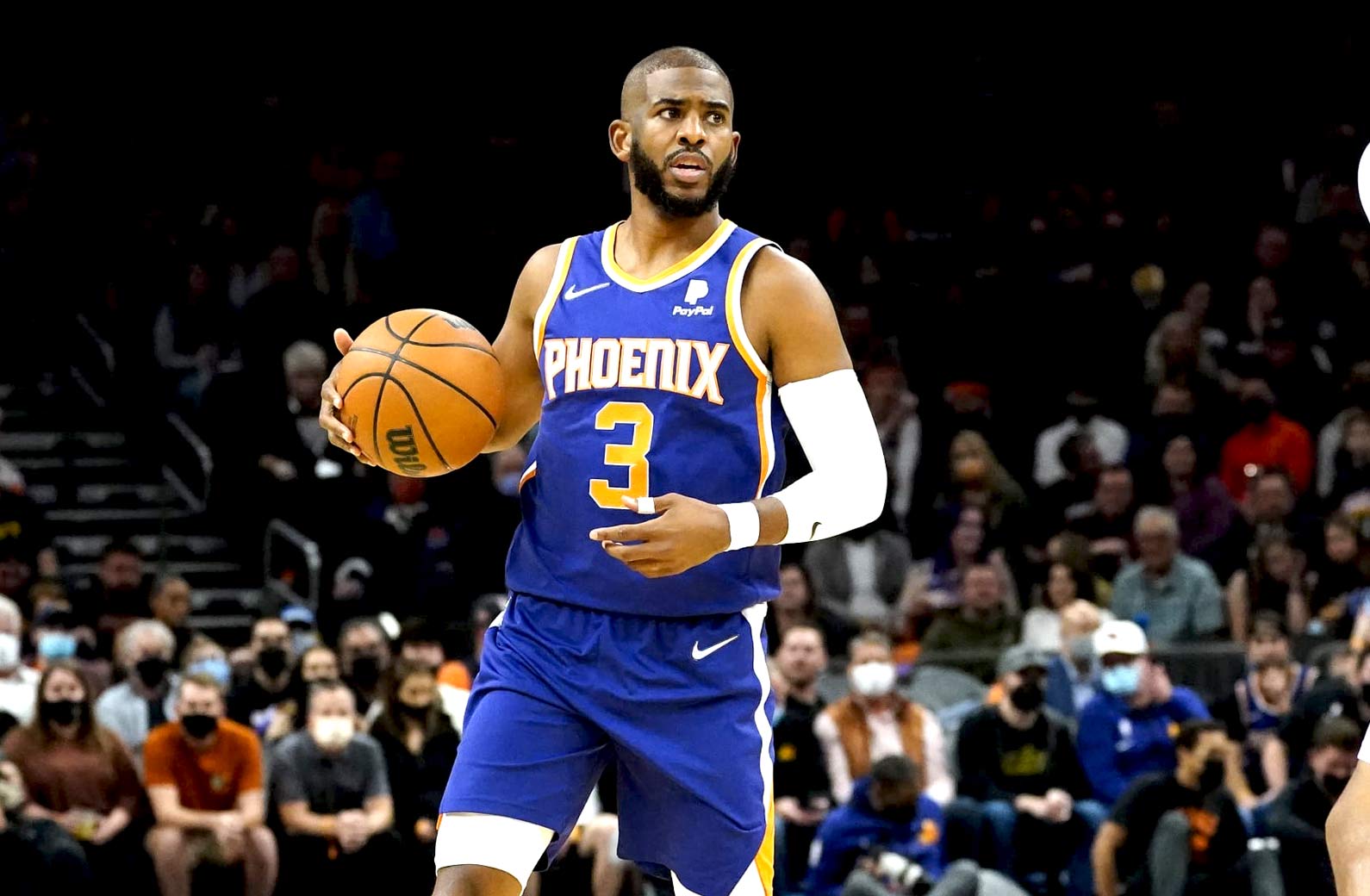 We’ve already passed the halfway point of the NBA’s regular season and the action continues to intensify as teams battle it out for a spot in the playoffs. The NBA futures market is attracting lots of attention from the betting community, with several contending teams still offering generous payout odds to win this year’s NBA Championship. Bovada Sportsbook has NBA odds available on a wide range of basketball futures, including the title odds for all 30 NBA teams.

The NBA’s Eastern Conference standings are extremely close this season, with only two games separating the top six teams. The Miami Heat are currently holding down the top spot in the east but the Chicago Bulls, Brooklyn Nets, Milwaukee Bucks and Philadelphia 76ers are all breathing down their neck. In the Western Conference, the Phoenix Suns have surpassed the Warriors for the best record in the NBA and currently own a three-game lead over Golden State. The Memphis Grizzlies have climbed to third in the conference behind the Suns and Warriors, thanks to their recent 11-game win streak, while the Utah Jazz are not far behind.

With so many legitimate contenders to win it all this year, you can find some excellent betting value in the NBA futures market at Bovada Sportsbook. There has been some interesting movement in the NBA Championship odds recently; strong play from Phoenix and Miami has improved their respective title odds, while LeBron and the struggling Lakers have become more of a longshot at +1400. As the month of January comes to an end, here’s a review of the top five betting 2022 NBA Championship favorites based on their current odds at Bovada Sportsbook.

The Brooklyn Nets remain the favorite to win this year’s NBA Championship, as has been the case since before the season began. Despite there being little to no movement in their betting odds, there have been a ton of headlines made on the court. For starters, the team is without their number one option, Kevin Durant. ‘The Slim Reaper’ sprained his left knee in mid-January and is expected to miss at least four-to-six weeks. The other big news in Brooklyn was the return of point guard Kyrie Irving, who was sitting out as a result of his unvaccinated status. Nets management eventually acquiesced to Irving, allowing him to play road games where his unvaccinated status is permitted. As long as both of these superstars, along with shooting guard James Harden, are healthy and ready to go for the playoffs, Brooklyn is likely to remain the overall betting favorite to win the 2022 NBA Championship.

The Warriors championship odds have only improved since the season began and the Bay Area team currently owns the second-best record in the NBA. Star point guard Steph Curry has been playing at an MVP-level throughout most of the season, leading the league in three-pointers made and attempted. Curry should be in a good mood these days as his Splash Brother, Klay Thompson, has finally rejoined him in the Warriors backcourt. Thompson hadn’t played for 941 days before getting back into an NBA game on January 9th and put up 17 points in just 20 minutes of playing time. The veteran sharpshooter will need some time to return to all-star form, but his presence has given a nice boost to the team’s championship aspirations. While Golden State has a number of offensive weapons, their defense has been equally effective; the Warriors lead the league in defensive scoring, limiting their opponents to just 101.9 points per game.

Building on last season’s impressive run to the NBA Finals, the Suns have looked sharp since the season tipped off in October. Chris Paul remains the centerpiece of this offense with the veteran point guard leading the league with 10.1 assists per game. Shooting guard Devin Booker is still this team’s primary scoring threat and is putting up 25 points per game, but the Suns have also been getting solid play out of former first-round pick, Mikal Bridges. While Deandre Ayton continues to miss time with an ankle injury, JaVale McGee and the recently acquired Bismack Biyombo have filled in nicely at the center position. Having already put up an incredible 18-game win streak and sitting atop the standings with the best record in the NBA, the current betting odds on Phoenix to win this year’s NBA Championship offer a ton of value.

As defending NBA Champions, the Bucks inclusion on this list of top title contenders should come as no surprise. Milwaukee got off to bit of a slow start this season due to some early injuries and currently trail the Bulls and Cavaliers in the Central Division, but they will always be a threat as long as they have two-time NBA MVP, Giannis Antetokounmpo. The Bucks are also getting great play out of small forward Khris Middleton and point guard Jrue Holiday, who are putting up 20.1 and 17.8 points per game, respectively. Along with Antetokounmpo, this big three has already proven it has what it takes to win a championship, so there’s no reason to think they can’t pull it off a second time. Milwaukee’s offseason addition of gritty shooting guard Grayson Allen has provided dividends on the defensive end, while the 10-day contract given to Demarcus Cousins could look great come playoff time if it works out.

It was only two seasons ago that the Heat went on an improbable postseason run, making it all the way to the NBA Finals before eventually falling to the Lakers in six games. The key players from that team remain on Miami’s roster: small forward Jimmy Butler, center Bam Adebayo and potential NBA Sixth Man of the Year, point guard Tyler Herro. As if that weren’t enough, Miami went out and acquired point guard Kyle Lowry and power forward PJ Tucker over the summer, giving them some gritty veterans to help out in the postseason. The early returns have looked very promising as the Heat are currently the top seed in the Eastern Conference and their betting odds have already shifted drastically as a result. Miami could be one of the better-value picks when looking at their current odds to win this year’s NBA Championship.

The NBA futures market offers a lot more than just championship odds, with betting odds available on everything from divisional winners to the NBA awards. There’s been a lot of betting interest in this year’s NBA MVP race, so let’s review the top three players based on the NBA MVP odds at Bovada Sportsbook.

Already a two-time winner of the NBA MVP award, Curry has looked great this season and has guided his Warriors to the second-best record in the league. The Golden State point guard is ninth in league scoring with 25.8 points per game, along with 5.4 rebounds and 6.2 assists. While his MVP odds took a slight dip after a recent shooting slump, the 33-year-old is still in his prime and continues to do incredible things from beyond the arc. With the Warriors near the top of the NBA standings and looking like a real contender to win it all this year, Curry appears to be one of the obvious picks to take home the 2022 NBA MVP.

The 76ers big man has been a dominant force this season and currently has Philadelphia in a tie with Brooklyn for top spot in the Atlantic Division. Embiid is yet to win the NBA MVP award but has been knocking on the door over the past few seasons. This year’s success is all the more impressive when you consider that the 76ers continue to sit out point guard Ben Simmons as they search for a suitable trade partner. Embiid is third in NBA scoring with 28.9 points per game, while also ranking 10th in rebounding at 10.7 boards per game. Looking beyond the numbers, Embiid’s massive frame and commanding presence in the paint has given Philadelphia the toughness needed to go head-to-head with the league’s best squads.

The man they call ‘The Greek Freak’ continues to impose his will on opponents as he leads the Bucks in their defense of last season’s NBA title. Giannis is a force at both ends of the court and fills the stat sheet every night; Antetokounmpo is averaging 28.6 points and 11.2 rebounds per game, good for fourth and seventh in the NBA, respectively. The Bucks center also adds six assists, 1.5 blocks and 1 steal per game, showing why he won the NBA MVP award in back-to-back years during the 2019 and 2020 seasons. Antetokounmpo’s MVP betting odds currently offer a bit more return at +300 but he could be penalized by voter fatigue as Giannis has already taken home a lot of hardware over the past three seasons.

If you are new to Bovada Sportsbook, then be sure to check out our latest Welcome Offers to make the most out of your first bet. Moreover, if you want to bet on more than just the NBA, you have come to the best place. Bovada offer a ton of markets across a wide variety of sports betting.