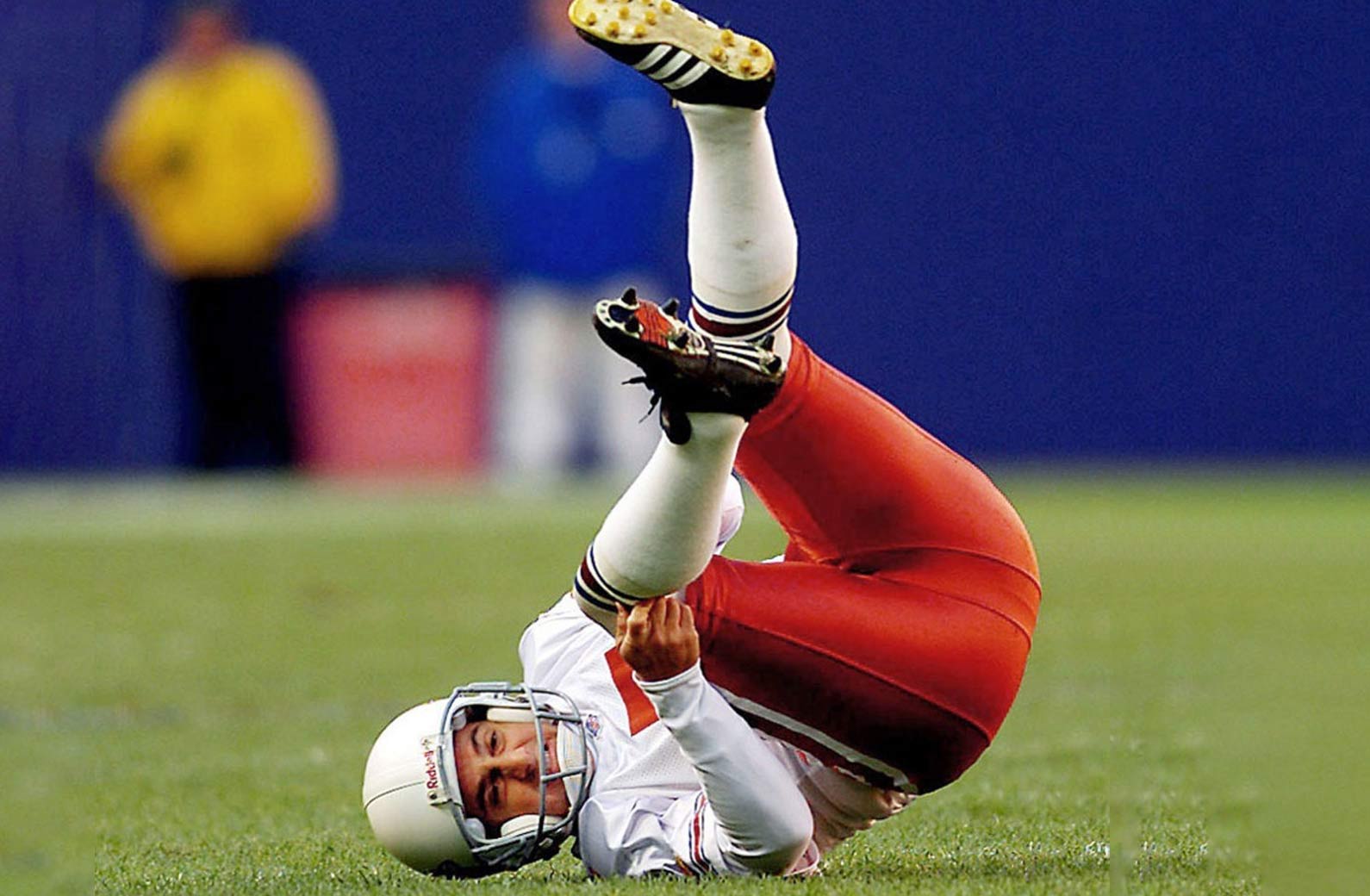 In the sports world, injuries are inevitable. Whether it’s a football player tearing his ACL, a hockey player getting a puck to the face or a baseball player dealing with a sore shoulder, some injuries are simply unavoidable. On the other hand, some sports injuries are so odd, unusual or downright weird that you’re left wondering what the athlete could have possibly been thinking? These may be trained professionals with elite athleticism and coordination, but everybody makes mistakes – a fact that becomes very clear after running through Bovada Sportsbook’s list of the top five weirdest sports injuries of all-time.

As the backup goalie for the NHL’s Toronto Maple Leafs in the early 2000s, Glenn Healy had a lot of free time on his hands. One of his favorite hobbies to pass the time was playing the bagpipes. The Scottish instrument led to one of the weirdest sports injuries of all-time when the bagpipes exploded, opening up a huge gash on the goaltender’s left hand. Luckily for Healy, this incident happened during the offseason but it’s still one of the most unusual sports injuries you’ll ever hear.

The rock and roll lifestyle isn’t for everyone – Detroit Tigers pitcher Joel Zumaya had to learn this lesson the hard way. Baseball fans didn’t think much of it when the rookie missed most of the 2006 ALCS due to wrist inflammation, but it later came out that the injury was a result of playing too much of the popular video game, Guitar Hero. While he ended up coming back in time to play in the World Series for the Tigers, this weird sports injury won’t be forgotten in Detroit any time soon.

This injury may have taken place on the field of play, but it could still be the oddest one on the list. It all started when Washington Redskins (now Commanders) quarterback Gus Frerotte ran for a touchdown to give his team the lead over their rivals, the New York Giants. Fired up by the score, the quarterback sprinted through the end zone and head-butted a padded wall in celebration. Unfortunately for Frerotte, he suffered a sprained neck from this celebration and was forced to leave the game. It’s been 25 years since this weird sports injury but it remains one of the most bizarre things you’ll ever see on a football field.

During spring training for the Milwaukee Brewers in 1994, the roster took part in a team-building session with a motivational group that performed impossible feats – one of those feats was to tear a phone book in half. Fired up by this impressive display, Brewers pitcher Steve Sparks wanted to try it out for himself. After a bit of practice and with all of his teammates cheering him on, Sparks grabbed the thick phone book. As he attempted to rip it in half, he instead dislocated his left shoulder and will forever be remembered for this weird sports injury.

Eating healthy is an important aspect of every athlete’s day-to-day routine, but this food-related sports injury is as weird as it gets. Enjoying some of his wife’s delicious pancakes during the 2012 hockey season, former NHL player Dustin Penner somehow injured his back while eating a stack of flapjacks. Luckily for Penner, the forward only missed one game but it may be the only reported case of a pancake-related injury in NHL history.

While there are plenty more odd sports injuries that have been endured over the years, none are quite as weird as these. Know of any other weird sports injuries you think could have made the list, or suffered from one yourself? Be sure to let us know on Twitter or in the Bovada Community. If you are an avid sports fan, then make sure you sign up to Bovada so that you can enjoy online sports betting. There are hundreds of markets you can bet on across all your favorite sports; NFL, NBA, NHL and more!