Other > Entertainment > Will Smith vs Chris Rock Fight Odds 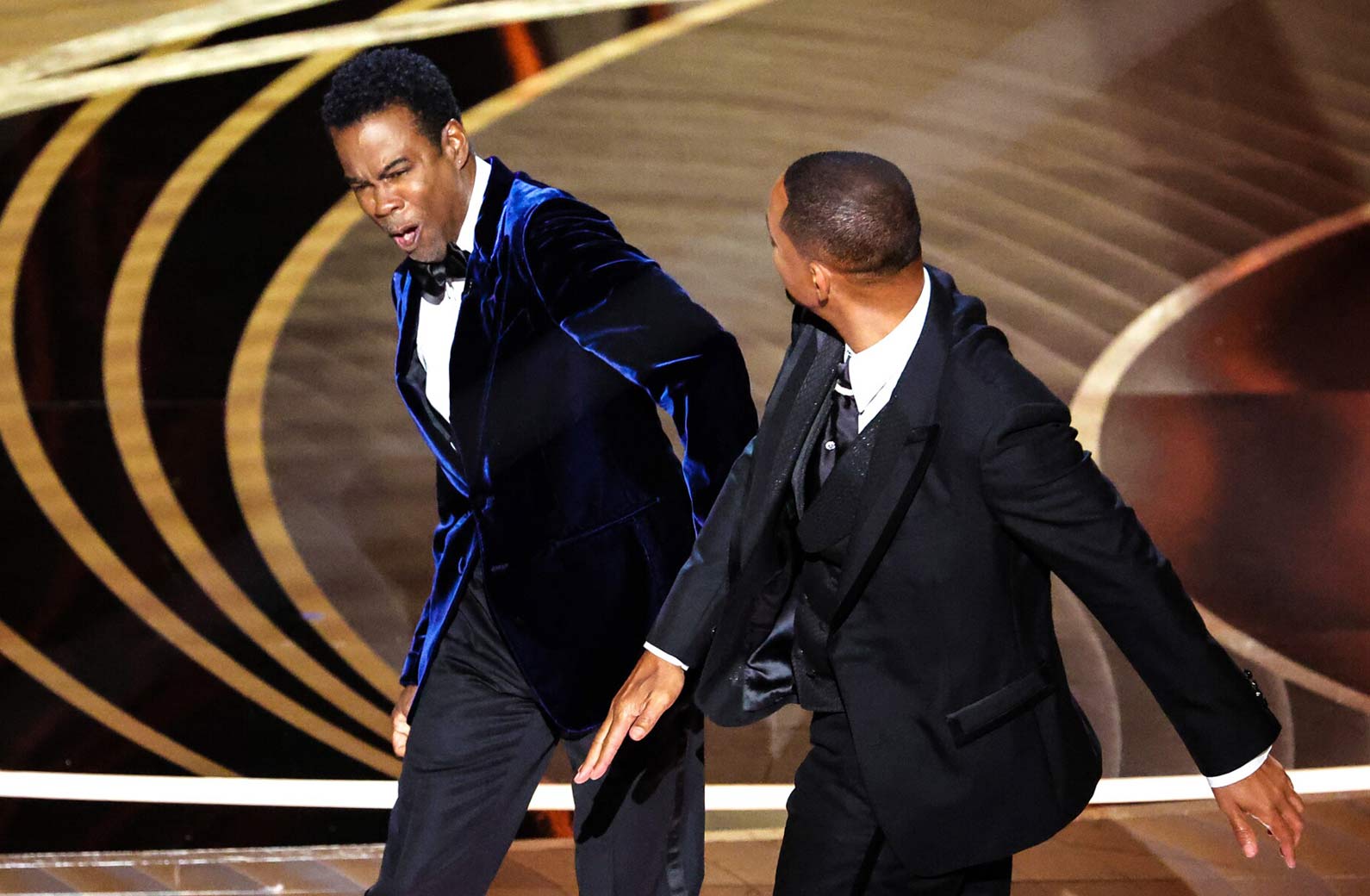 Whilst Chris Rock was presenting the Oscars , the comedian made a joke towards Jada Pinkett Smith by saying “Jada, GI Jane 2, can’t wait to see it.” The joke references the war movie GI Jane, that features Demi Moore, who’s character famously shaves her head. Rock’s comment takes aim at Jada Smith’s diagnosis with alopecia; a condition in which hair is lost from some or all areas of the body.

Moments after the comment was made, Will Smith took to the stage to attack Chris Rock. He approached the comedian and landed a strong slap across Rock’s face, before turning around and heading back to his seat. As you might expect, both Rock and the audience were not sure exactly how to react. Was it all a joke? Was it all setup? Was the slap fake? It would appear not… Will Smith proceeded to sternly warn Rock “Keep my wife’s name out of your f*cking mouth!” from his seat.

To no-one’s surprise, social media exploded. From jokes, to videos, to memes, everything you can think of was created… even boxing offers. That’s right, Jake Paul has offered Will Smith and Chris Rock $15 million each to have a boxing match against one another.

Whilst it might seem like Paul was joking at first, he then followed up with another tweet asking for the phone number for Will Smith’s boxing representative.

Given the recent celebrity boxing events that have taken place, e.g. Logan Paul vs Floyd Mayweather, it’s certainly not impossible for this fight to happen.

If the pair do face off inside the boxing ring, then Bovada has Will Smith vs Chris Rock boxing odds for you to enjoy.

Here are the opening odds for the potential Smith vs Rock fight:

Bet on the potential fight at Bovada!

Will Smith opens up as the favorite at -220, with Chris Rock coming in at +155.  When Will Smith slaps Chris Rock, Rock takes it really well and clearly he has a strong chin; perhaps this provides some good betting value in him?

Enjoy betting on celebrities and entertainment? Well, you have come to the perfect place. At Bovada, there are lots of different entertainment betting markets available for you. Whether you are looking to bet on movies, TV series or awards events, we have it all! Have a read of all of our latest entertainment articles to see some of the more popular markets you can bet on!