Other > Entertainment > Fifa 22 Team Of The Year Predictions | Ultimate Team

It’s one of the most exciting times of the year for Fifa Ultimate Team players; Team of the Year (TOTY) is right around the corner. During the TOTY promo, the top performing soccer players from the past 12 months are rewarded with a special card with extreme boosts to their ratings and stats. To give you an idea of who could be in the upcoming Team Of The Year promo, we have created some Fifa 22 TOTY predictions.

First off, it’s important to know how the winning players are decided. At the start of the promo, EA release TOTY Nominee cards; a selection of players that they believe should have the chance of being included in the Team of the Year. From this batch of players, the Fifa community can then vote for the 11 individuals they believe should be in the team (1 goalkeeper, 4 defenders, 3 midfielders and 3 attackers). Despite it being a controversial approach, the vote does not determine the TOTY; the results are taken into account by EA, however, they have the final decision on who does or doesn’t win a place in the team. Once the voting period ends, EA then decides and announces the official Team of the year.

The players that are featured in the Team of the Year receive an extremely high-rated FUT card, usually between 93-99 rated. There are two ways a Fifa player can obtain a TOTY card; through opening a pack or buying one from the transfer market. However, the chances of packing a TOTY item are slim to none and purchasing one will set you back millions of coins… good luck!

Here are our Fifa 22 Team of the Year predictions. As these are only predictions, these players/cards are not guaranteed to be released in Fifa 22 Ultimate Team, they are merely who we think will make it into the TOTY promo based on their soccer performances and achievements over the past 12 months. 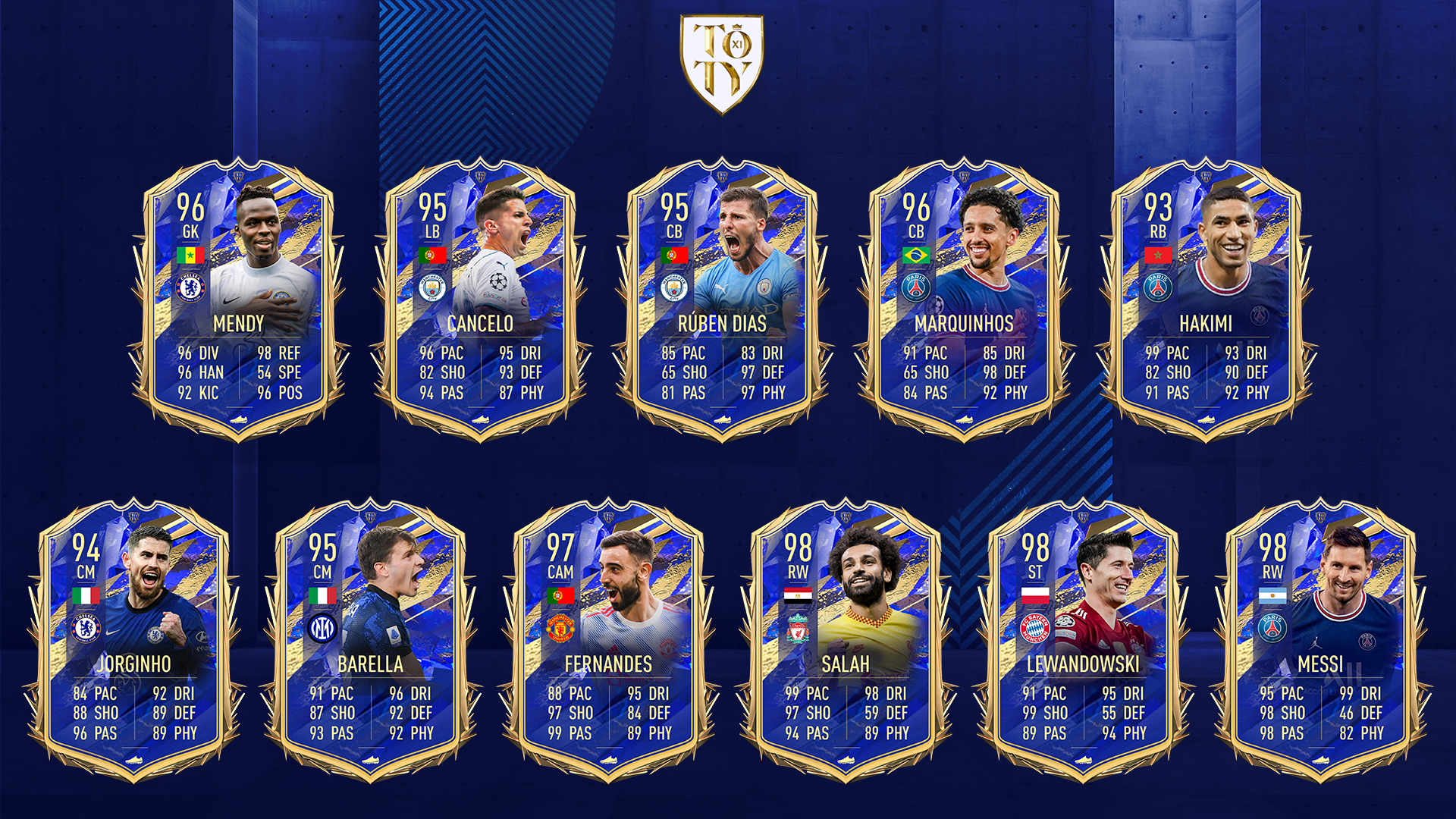 The Team of the Year promo takes place during January, meaning it really isn’t that far away at all. The best advice we can give you for TOTY is: save all of your packs, start saving coins and begin grinding SBCs. In order to be kept up to date with all of the latest TOTY news and updates, then be sure to follow EA Sports’ Fifa Twitter account.

Are you an avid gamer, interested in eSports? Then betting on eSports may be something you enjoy too! There are a huge variety of eSports that you can bet on and you can find some of the most popular eSports for betting here. If you are new to Bovada Sportsbook, then be sure to take advantage of our latest Welcome Offers to make the most out of your first bet!